Tesla is now only taking Cybertruck reservations in North America 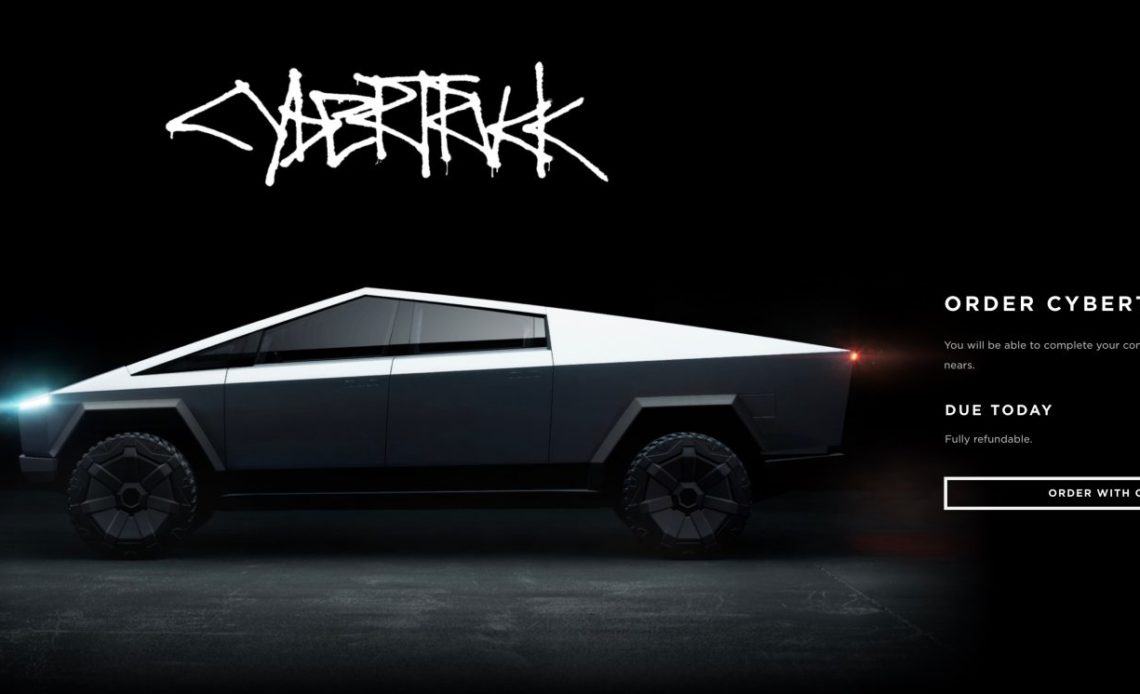 The Cybertruck was unveiled back in 2019. The electric pickup truck was already supposed to be in production, but the automaker delayed the program as it focused on growing Model Y production.

Now, the company is guiding a start of production in 2023 for the Cybertruck. In the meantime, Tesla is still taking reservations for the electric pickup truck.

A crowdsourced Cybertruck reservation tally by the Cybertruck forum with over 28,000 entries put reservations at over one million back in May 2021. The number has kept growing over the last year, and it is now estimated to be close to 1.5 million reservations.

Musk recently said that Tesla has enough Cybertruck reservations that it would only deliver to reservation holders for at least the first three years of production.

Now, Tesla has removed the option to reserve the Cybertruck for anyone outside of North America:

Tesla was previously taking reservations also in Europe and Asia. In Europe, the Cybertruck was expected to come much later than in North America, which is not unusual for Tesla as the company generally starts deliveries where a new vehicle is being produced.

In this case, the Cybertruck is going to be produced at Gigafactory Texas in Austin.

Tesla was also expected to run into some regulatory issues with the Cybertruck in Europe due to its design. The company has been considering a smaller and slightly redesigned version of the electric pickup truck for the market.

As for the version that is going to be built in Texas, we are still waiting for details of the production version after Tesla removed Cybertruck specs and pricing from its website late last year.