iOS 15.5 expands Communication Safety in Messages to these countries 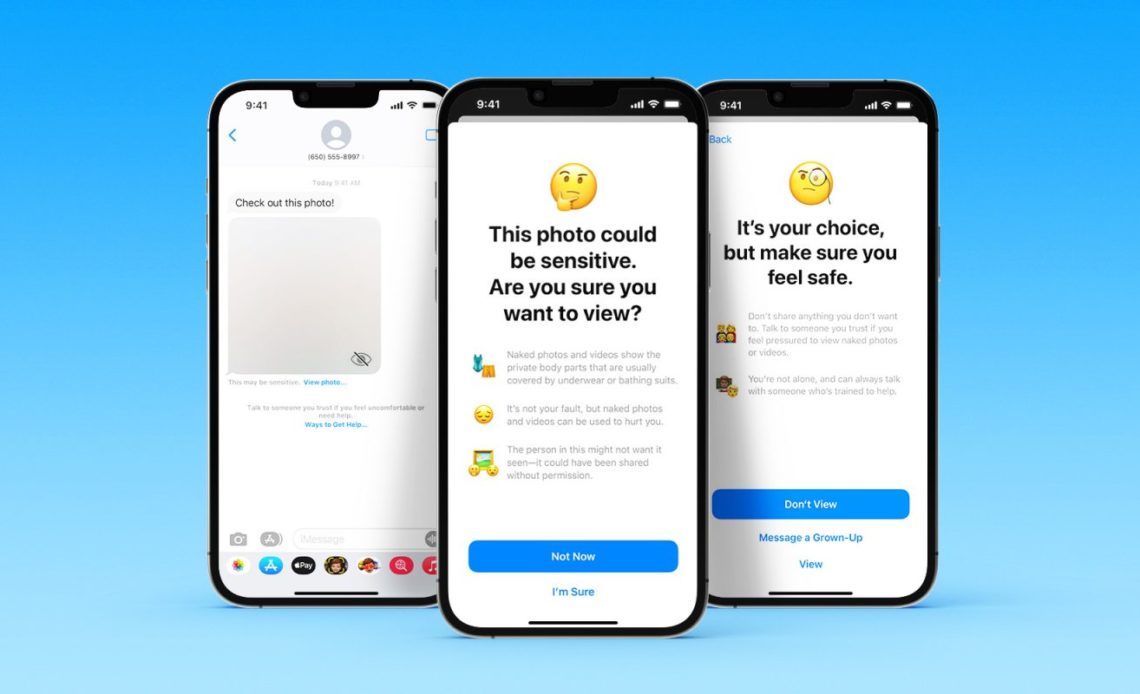 Apple last year launched the new Communication Safety in Messages feature to protect children from viewing or sharing nude content. It was initially only available in the United States, but Apple has now expanded the feature to more countries with iOS 15.5.

Back in April, Apple had confirmed that it would bring Communication Safety in Messages to users in the UK. Now, with iOS 15.5, the new safety features in Messages are available in the UK and also in three other new countries.

Here’s the list of all supported countries with the latest iOS update:

As noted by The Apple Post, users in supported countries will see a mention of the feature in the iOS 15.5 release notes.

iOS 15.5 includes enhancements to Apple Podcasts, new safety features for children and parents in Messages, and other features and bug fixes.

With Communication Safety in Messages, the Messages app can detect if a child receives or is trying to send a photo with nudity. If the child receives an inappropriate photo, the app automatically blurs the image. Although the child can choose to view the photo, doing so will show guidance and age-appropriate resources to help them make a safe choice.

It’s worth noting that the feature comes disabled by default, and even when enabled, it scans the photos on the device – so all content sent via iMessage remains end-to-end encrypted.

In order to set up Communication Safety in Messages, the child’s iPhone must be part of iCloud Family Sharing and have Screen Time enabled. More details about the feature can be found in this special article.