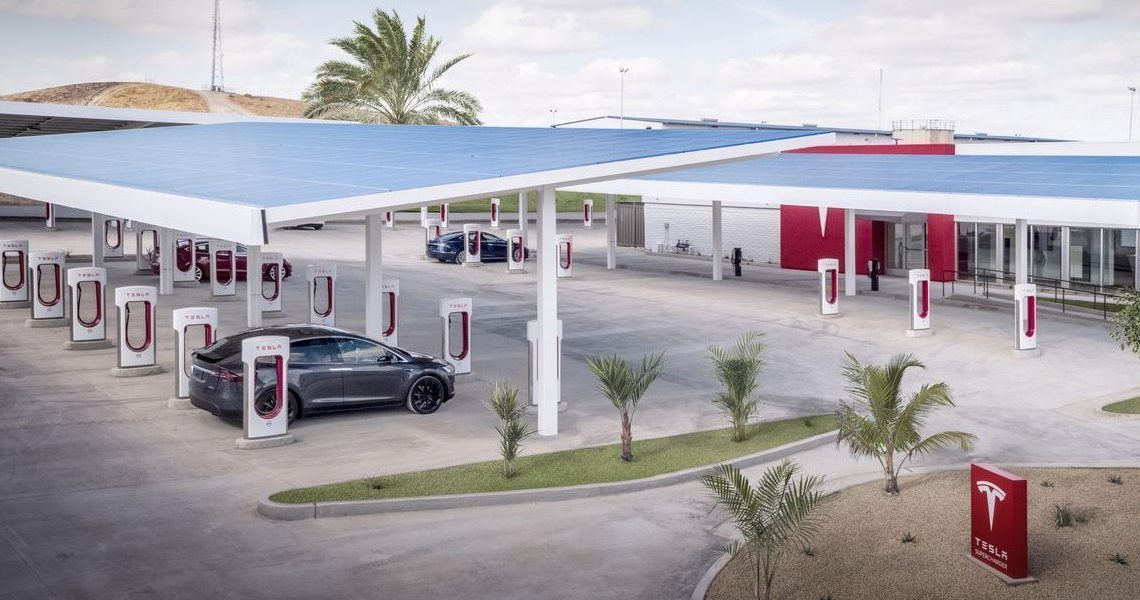 However, it is lagging behind vehicle deliveries, which grew 87% during the same period – on top of now gradually starting to allow non-Tesla EV owners to use the network. It also lags behind Tesla’s own goal to triple the Supercharger network in two years.

Lately, we are seeing a ramp-up of new installations with over 2,000 new Supercharger stalls installed last quarter.

Unlike many other charging station operators, Tesla is also known to deploy larger stations with many chargers instead of just between four to eight stalls, like most Electrify America or Evgo stations. As a good example, Tesla has started to build a new 100-stall Supercharger station in Barstow, California, in the Mojave Desert between Los Angeles and Las Vegas.

Mayor Paul Courtney revealed the world’s most valuable carmaker is already months into construction of Superchargers — a charger Tesla produces for quicker fill-ups and longer-distance drives than those provided by smaller home-charging options — during a Barstow City Council meeting Monday while praising the city staff’s dealmaking skills.

Tesla already has two Supercharger stations in Barstow with 16 and 18 chargers, so it’s not like Tesla doesn’t already have charging capacity in the area, but it will be a major expansion in capacity.

The automaker also has several other stations along the approximately 300-mile route between Los Angeles and Las Vegas, but it’s a popular route and it makes sense to offer several options.

Some electric vehicles, including Tesla’s, can make the trip with a stop to charge, but it makes sense to break down the trip with a quick bathroom or lunch break and worry less about the range.

Tesla has often deployed its own amenities at larger Supercharger stations, like cafes and restrooms. It’s not clear if this new large station is going to feature amenities, but it is adjacent to The Outlets at Barstow, a large open-air mall that has many amenities.