Tesla Cybertruck news is ramping up, but take it with a grain of salt 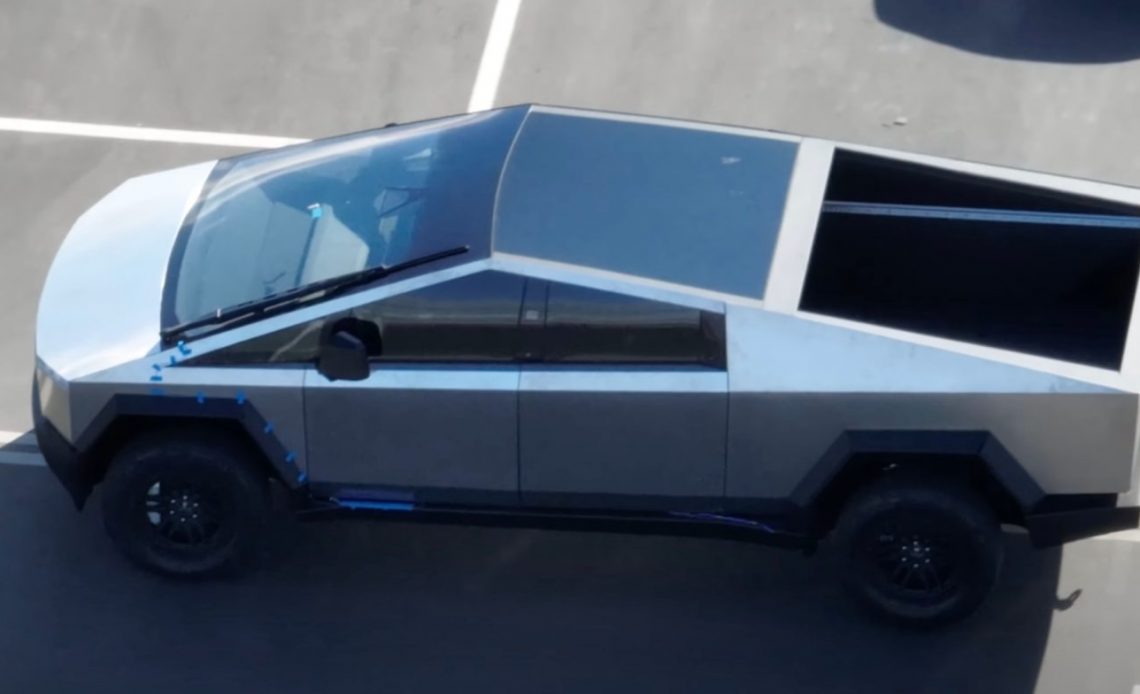 We are seeing a lot of new reports about Tesla Cybertruck coming out and being shared in the Tesla community – I’d take those with a big grain of salt.

Earlier this week, we reported that Tesla plans on releasing a product roadmap update on January 26 with Cybertruck being a product of focus. Since then, several other news reports came out about the electric pickup truck, but we have doubts about their veracity.

Reuters reported that the planned production has been delayed to the first quarter 2023:

Tesla Inc (TSLA.O) aims to start initial production of its much-anticipated Cybertruck by the end of the first quarter of 2023, pushing back its plan to begin production late this year, a person familiar with the matter told Reuters on Thursday.

This report by Reuters’ Hyunjoo Jin is based on a single source and after looking at his history of coverage for Reuters, it doesn’t look like he ever had any exclusive information on Tesla before, which raises a red flag for me.

Now if I was to bet on whether or not Tesla Cybertruck would start in 2022 or 2023, I’d certainly bet 2023, but that doesn’t mean that the report is based on any concrete information. Analyst Trip Chowdhry of Global Equities Research also came out with a new report on the Cybertruck.

He claimed that Tesla will unveil the production version of the Cybertruck in March, and that it will include two versions, including one about 15-20% smaller than the original one.

There have been talks about Tesla making a smaller version of the Cybertruck, but Elon Musk put the plans on the backburner in 2020 and said that a smaller version would come later, likely for European markets.

I’d also take this report with a grain of salt.

It’s not impossible, but it sounds unlikely due to previous statements directly from Musk about Tesla’s plans to make the Cybertruck smaller. We have also seen a new Cybertruck prototype being tested by Tesla at Fremont factory last month, and it appeared to be just as big as the original prototype.

We should get more information on January 26, but in the meantime, I’d take all these reports with a giant grain of salt.