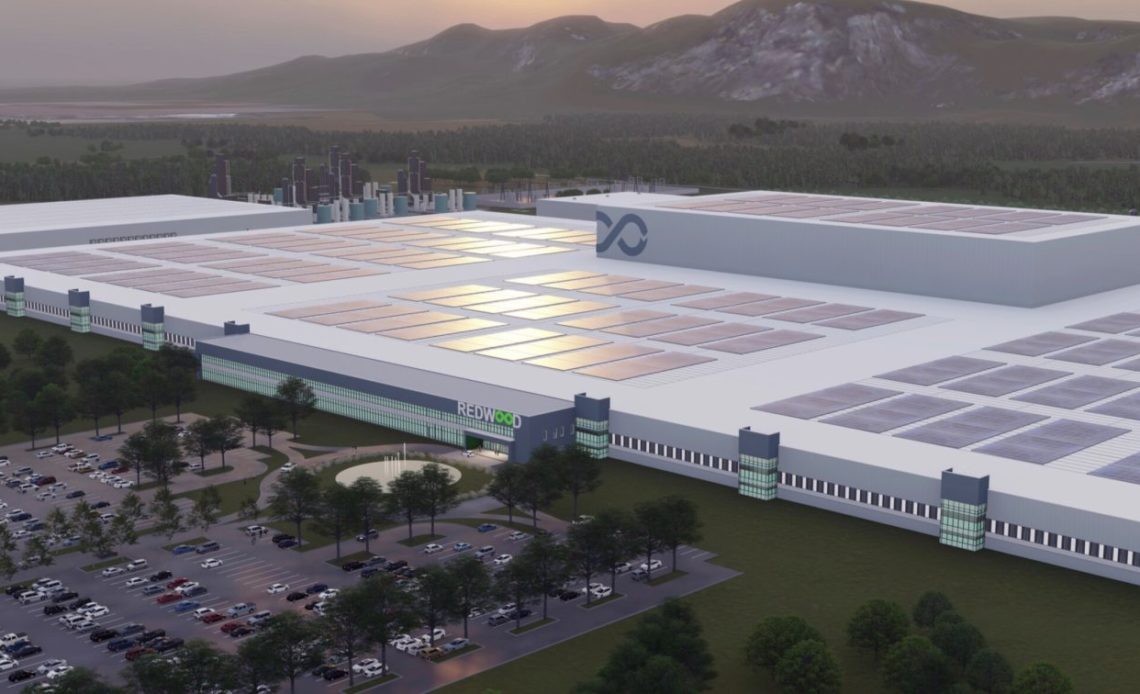 JB Straubel, better known as a Tesla cofounder and longtime CTO of the electric automaker, announced that his new company, Redwood Materials, will build a giant new battery material factory in the US.

Redwood Materials is a Nevada-based company that is developing new processes to recycle materials with a focus on electric car batteries.

It was founded by Straubel, who left his leadership role at Tesla in 2019 to focus on the startup.

Last year, the company came out of stealth mode and revealed more about its operations, including the fact that it is testing its recycling process with scrap from Panasonic’s operations at Gigafactory Nevada.

In July, Redwood announced that it received a $700 million investment to accelerate its plans.

The company’s plans have so far appeared to be centered on recycling, but today, it announced an expansion of those plans:

Redwood’s mission is to create a circular supply chain for electric vehicles and clean energy products, that make them more sustainable and drive down the single most expensive component: batteries. We’ve shared a lot about our recycling work, which is certainly a core component of the battery sustainability equation, but is only the tip of the iceberg for Redwood.

The rest of the iceberg is the closing the loop on the extremely complex battery supply chain.

The company describes the situation in a press release today:

Redwood will produce strategic battery materials in the US, supplying battery cell manufacturing partners with anode copper foil and cathode active materials. We plan to transform the lithium-ion battery supply chain by offering large-scale sources of these domestic materials produced from as many recycled batteries as available and augmented with sustainably mined material. These two products re-use all of the lithium, copper, nickel and cobalt that we already recover from old batteries! These materials will be built from more and more recycled batteries every year but in the immediate future, we need to ramp EV production faster than the number of existing EVs will reach end of life and therefore, be available for recycling. This is the only way we can scale these critical building blocks to meet the US’s 2030 electrification goals.

To ramp up local production, Redwood announced today that they will build a new factory in North America to produce 100 GWh of cathode materials by 2025:

In order to achieve a sustainable energy and transportation future, we need to start now and expand our manufacturing base beyond what our current operations could support. By early 2022, Redwood will announce a site for our North American battery materials manufacturing facility and begin ramping production, aiming to produce 100 GWh/year of cathode active materials for one million electric vehicles by 2025. By 2030, we expect our production output to scale to 500 GWh/year of cathode active materials which would enable enough batteries to power five million electric vehicles or nearly half of the US’ annual vehicle production.

The company didn’t confirm where this new factory will be located apart from that it will be in North America.

For now, Redwood only operates facilities in Nevada for its recycling and copper foil activities.

The company also didn’t confirm any deal to supply its new products to electric automakers or battery cell manufacturers.

Straubel’s old company, Tesla, could be interested in securing some of that cathode supply.