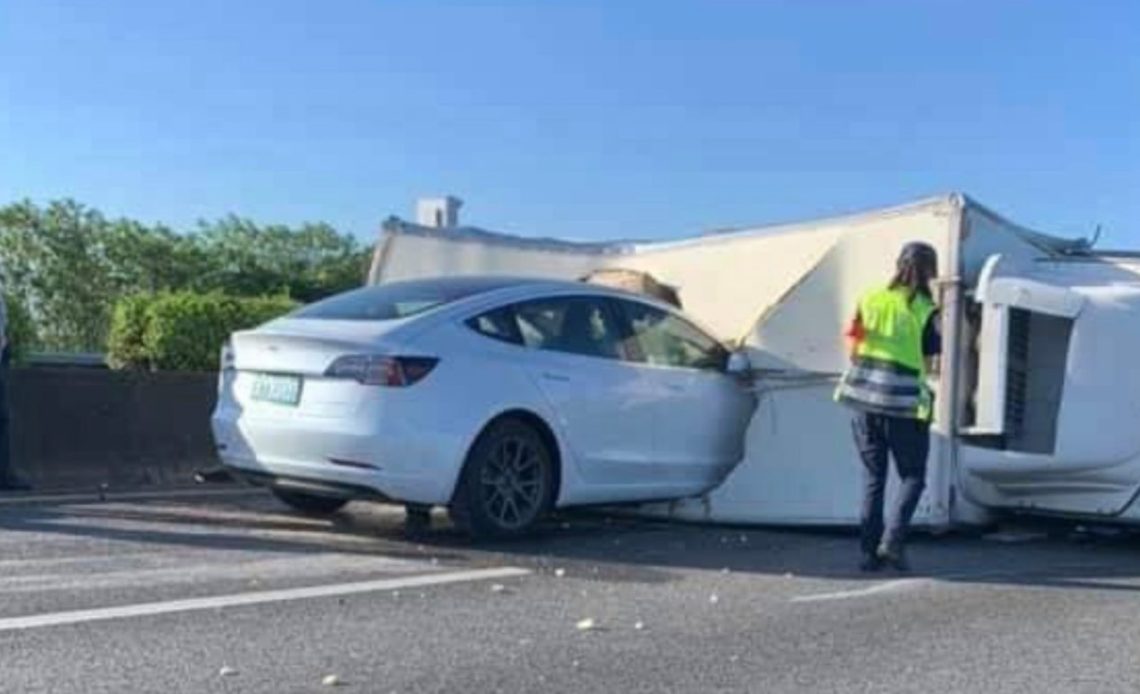 Tesla has topped the list of most crashes on advanced driver-assist (ADAS) features – Autopilot in Tesla’s case – in NHTSA’s first report on “Safety Performance of Advanced Vehicle Technologies.”

The data released today are part of our commitment to transparency, accountability and public safety. New vehicle technologies have the potential to help prevent crashes, reduce crash severity and save lives, and the Department is interested in fostering technologies that are proven to do so; collecting this data is an important step in that effort. As we gather more data, NHTSA will be able to better identify any emerging risks or trends and learn more about how these technologies are performing in the real world.

The report is broken down into two sections: one for the SAE Level 2 advanced driver assistance systems and one for SAE Levels 3-5 automated driving systems. Systems with traffic-aware cruise control and lane-keeping features fall under the level 2.

Tesla Autopilot falls under that category and according to the report, it leads in crashes by a wide margin:

However, it is not adjusted for the number of vehicles on the road with ADAS – nor the number of miles driven on ADAS – and Tesla is believed to have more vehicles than anyone equipped ADAS features, since it has included Autopilot for free on all vehicles for years while most other automakers charge for ADAS features.

As for levels 3 to 5, NHTSA describes those as systems capable of handling the “entire dynamic driving task under defined operating conditions and will not require a human driver to monitor and supervise the automation system.”

It looks like NHTSA considers Tesla’s FSD Beta in its category because Tesla showed up in the report with one crash:

In February, we reported on a Tesla vehicle on Full Self-Driving Beta running into a pole in what we believed could be the first FSD Beta accident caught on video. In levels 3 to 5, Alphabet’s Waymo leads crashes with 62, followed by Transdev and GM’s Cruise with 34 and 23 crashes respectively.

Those systems are currently mostly used in test programs in specific areas, especially in California and Arizona.

Again, NHTSA specifies that it hasn’t normalized the data for miles driven and therefore, it doesn’t represent the level of safety in any of those systems.