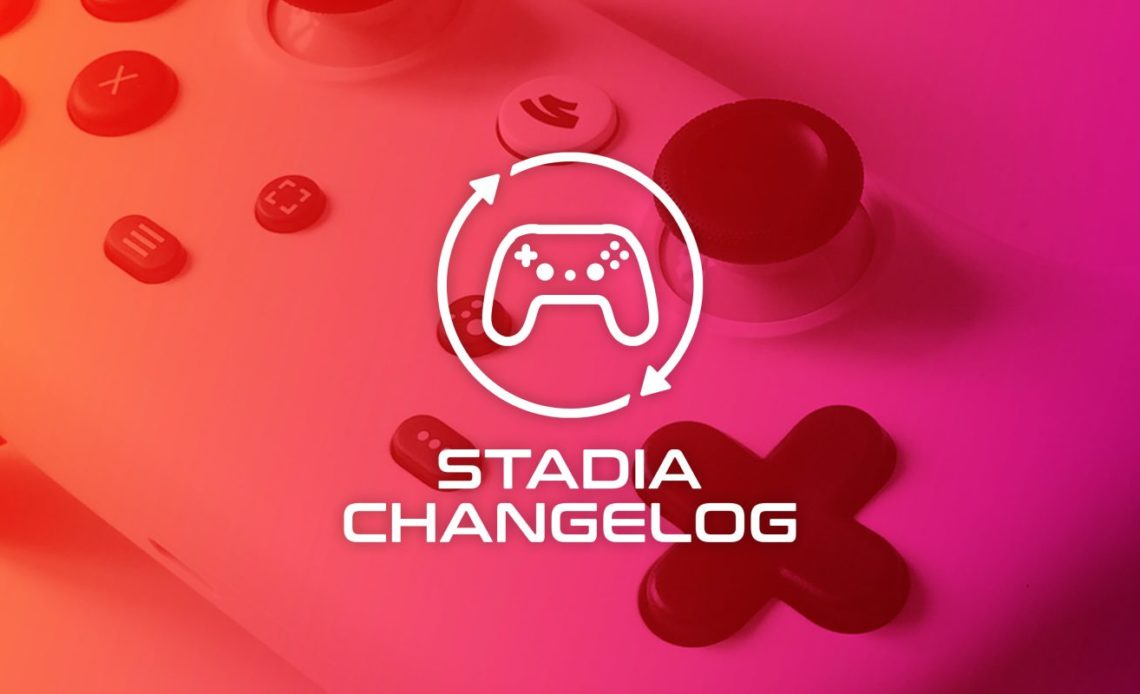 The past year for Stadia has been an interesting one, but it’s become clear that Google has a bigger priority going forward. If the past few weeks are evidence of anything, Immersive Stream for Games is Google’s path forward in gaming.

Stadia Changelog is a weekly series on 9to5Google where we round up some of the Stadia news that we wouldn’t otherwise be able to talk about. This includes a roundup of which new games were released on Stadia during the week, which games saw updates and patches, new games either confirmed or speculated for the platform, and more. Come back every Friday, and don’t forget to check out Bandwidth, our weekly look at the rest of the cloud gaming world, including GeForce Now, Luna, and more.

During the week of June 6, no new games were added to Google Stadia. The only notable release has been the High Isle release for Elder Scrolls Online.

Welcome to High Isle, a part of Tamriel never-before-seen in the Elder Scrolls. Explore the Breton’s idyllic ocean enclave and seat of chivalric culture as you confront the ruinous forces of the Ascendant Lord.

Google has added 28 new games to Stadia over six months into this calendar year. In 2021, Google delivered 107 new titles to the Stadia library, and the company promises at least 100 new games during 2022, a tall order at this current rate.

Notably, Google has stopped including the promise of 100 new games in its most recent community updates and blog posts, with the last mention having been in March.

There was no official reveals for new games coming to Stadia this week, but there were some hints. The folks over at StadiaSource spotted Saints Row passing through the ERSB as coming to Stadia. The game, which is set to launch on August 23, has yet to announce any official plans to come to Stadia. Rather, it’s only slated for Xbox, PS4/PS5, and a PC release through the Epic Games Store.

The only real bit of news regarding Google Stadia this week wasn’t actually about Stadia at all.

Capcom and Google this week announced a partnership that sees the game-maker running a free demo of Resident Evil: Village through Immersive Stream for Games. That’s the same tech that makes Google Stadia’s cloud gaming possible but is an independent experience that other brands and studios can customize to meet their needs. AT&T uses Immersive Stream for Games to offer Control to its wireless customers for free.

While another customer for Immersive Stream is great to see, it’s also abundantly clear through Google’s messaging that this is what the company sees as its path forward for cloud gaming. The reveal of this Resident Evil demo was echoed through the official Google Stadia Twitter account, through Reddit, and even on Google’s Keyword blog. It was the first Stadia-related post on The Keyword outside of the monthly “Savepoint” in over three months.

If it wasn’t already abundantly clear, Google’s focus is on Immersive Stream. Is that a bad thing for Stadia? Not necessarily. In fact, as our Kyle Bradshaw previously pointed out, it gives Google a good reason to keep the platform going.

If Stadia is simply a product of Immersive Stream for Games, then Google’s ability to license out and improve on Immersive Stream will allow for improvements that Stadia players should benefit from over time. In this author’s view, this is actually a far better state of affairs for Stadia, as the service’s fate is no longer tied to its own success.

But it probably means the state we see today likely won’t be changing anytime soon.

Golf With Your Friends DLC is not coming to Stadia

The hit multiplayer game Golf With Your Friends arrived on Stadia earlier this year and joined the Pro lineup this month. However, the game isn’t set to get any of the DLC coming up. A new expansion pack was announced for release later this month, but the expansion won’t be coming to Stadia as was confirmed on Twitter.

Last month, an error between Stadia and Ubisoft caused Ghost Recon: Breakpoint players to lose their saves. While Google and Ubisoft are working on the problem, it remains in place two weeks later, with users unable to restore their data.

World War Z is getting crossplay

Some good news: World War Z is getting crossplay soon. Starting with the “Cut & Mend” update, the game will offer crossplay with other platforms, but there’s no timeline on when that will arrive at this point.