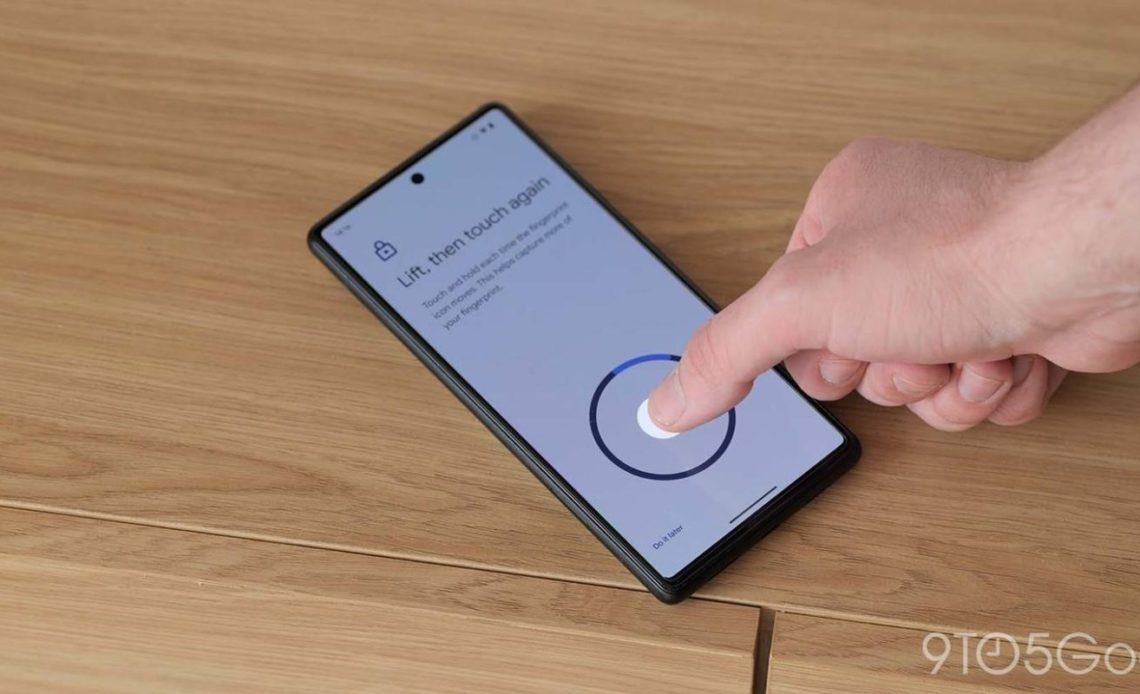 According to sources familiar with the matter, Google is continuing to work on bringing facial recognition to the Pixel 6 and future devices, including the Pixel 7. Now, the latest direction enlists the Pixel’s under-display fingerprint sensor to be used in conjunction with face unlock.

Back in April, we reported that the Pixel 6 Pro was supposed to launch (last October) with face unlock. The capability was pulled relatively close to the unveiling, but not before two pieces of supporting evidence emerged: near-final marketing copy and a Play Store listing showing “Face and Fingerprint Unlock.”

Our initial report said that the smaller Pixel 6 would not receive face unlock, and the strongest theory for why was how the selfie camera on the smaller phone does not support dual-pixel auto-focus (DPAF). The Pixel 6 Pro’s front-facing cam does and can therefore create depth maps that are presumably used to confirm a face.

9to5Google’s last report on face unlock was in June where we said that Google was still working on the capability, with accuracy and battery concerns being the reason Pixel 6 Pro face unlock has not yet launched. We also found evidence in Android 12 QPR3 that CPU (performance) would be boosted for one second when face unlock is active to aid processing.

We’ve now learned that Google has a version of Pixel face unlock that incorporates the under-display fingerprint sensor (UDFPS). Notably, this approach could bring face unlock to both the Pixel 6 and 6 Pro.

When a face is recognized to some – but not a complete – degree, Google will lower the recognition threshold needed for fingerprint unlock. The drop in the required fingerprint match, according to what we’ve learned, is not an insignificant amount.

The face recognition being done for this new unlock approach does not require additional hardware. As such, it’s being tested on the Pixel 6 in addition to Pixel 6 Pro. However, it’s important to note that code evidence suggests both the Pixel 7 and 7 Pro will offer DPAF support, but this approach – in theory – opens the door to the Pixel 6a and other a-series devices. Besides potentially working on more phones, this approach is more battery efficient and addresses Google’s earlier face unlock issues.

Google’s use of two sensors for the unlock process is reminiscent of how the Pixel 4 used Soli radar to proactively turn on the face unlock sensors on reach/pick-up. However, it begs the question whether Google should just use a better under-display fingerprint sensor? This new approach is not really face unlock in the way most people imagine it if you still have to position your finger on the screen. If anything, this approach is more in service of the Pixel 6’s below average fingerprint recognition speed with its under-display sensor compared to other devices, such as the Galaxy S22 series and other flagship Android devices.

In terms of availability, we cannot be sure this will ever launch on the Pixel 6 series, or whether last year’s hardware just serves as a testing ground. Unsurprisingly, we’ve also learned that face unlock remains in-development for the Pixel 7.

Kyle Bradshaw and Ben Schoon contributed to this post