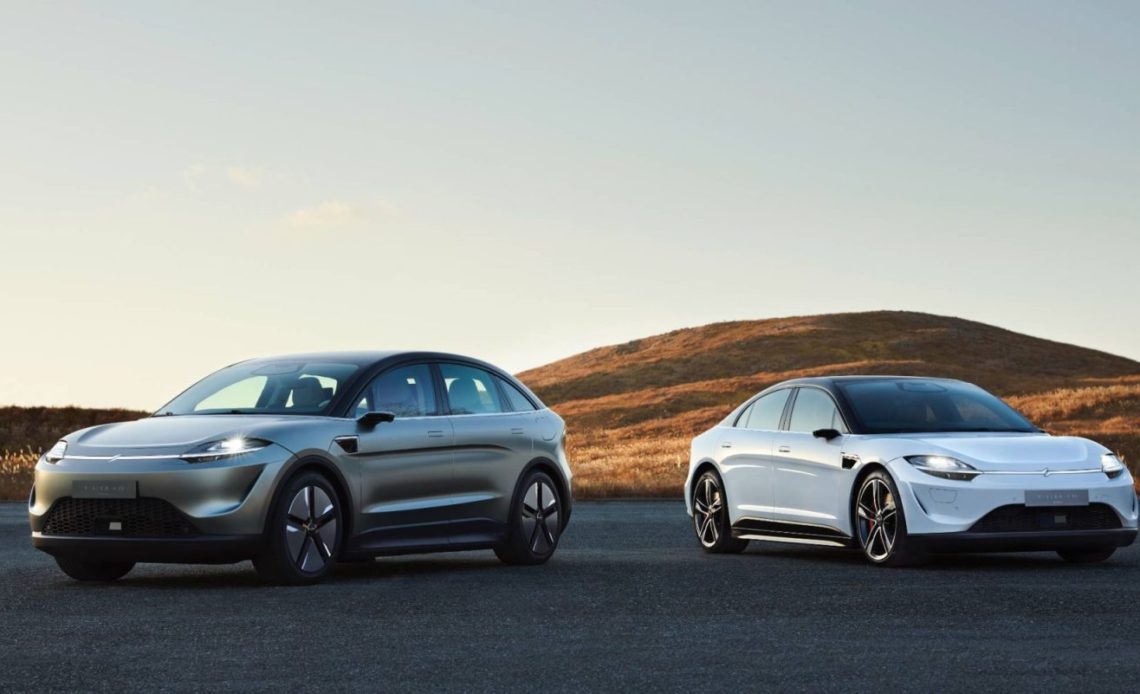 Sony and Honda have officially signed a joint venture agreement to establish a company to build electric cars together. The new company will be called “Sony Honda Mobility Inc.,” notably giving Sony top billing over the established automaker.

The company will also focus on “mobility services,” building on Sony’s January announcement of the formation of “Sony Mobility, Inc.”

Sony Honda Mobility Inc. will be formed this year, and plans to start sales of both their first EV and “provision of services for mobility” in 2025.

The new company will aim to bring together Honda’s cutting-edge environmental and safety technologies, mobility development capabilities, vehicle body manufacturing technology and after-sales service management experience, with Sony’s expertise in the development and application of imaging, sensing, telecommunication, network and entertainment technologies, to realize a new generation of mobility and services for mobility that are closely aligned with users and the environment, and continue to evolve going forward.

We don’t know any more details as of yet about the car Honda and Sony will work on together, or which platform it will be built on. We don’t even know how it will be branded – will it be a “Sony Honda,” or something more along the lines of “Honda, powered by Sony”?

For some recent history, Sony has been making their EV ambitions more and more clear over the last few years, showing their VISION-S concept EV at the last three CES conferences.

In each of Sony’s presentations of their concept vehicle, the company has focused on their entertainment and software expertise to suggest that they would be able to provide better technology services (including autonomous driving) than traditional automakers. At first, their concept seemed like more of a vehicle to show off this software and entertainment expertise, and not intended to be a real effort to build an EV.

At the last show it sounded like they might actually build the sedan – and an SUV cousin – as they stated they were “exploring a commercial launch” of the vehicle, and had formed a new company, Sony Mobility, Inc., to focus on their mobility and EV efforts.

But in February, Sony’s CFO stated, “We will not start making batteries or vehicles ourselves” and that the company would rather focus on finding partnerships.

Soon after, Sony and Honda signed a memorandum of understanding to signal their intent to work together.

Honda has been slow to develop electric vehicles, along with most other Japanese automakers. While they seem to finally be making some moves under their new CEO and former R&D head Toshihiro Mibe, they are still a good ways behind.

They’ve announced that all new models will be electric by 2030… but only in China. In the US, Honda is still waffling, stating that EV demand still isn’t high enough – even though every new EV model is currently supply-constrained, not demand-constrained. Their first mass-market EV, the Prologue EV, won’t come to the US until 2024, and will rely on GM’s Ultium platform rather than a platform developed in-house by Honda.

Our take for this move is much the same as it was a few months ago when the memorandum of understanding was signed.

I was looking forward to seeing Sony jump in with the VISION-S, and repeated showings made it seem like it might actually happen. But, as we originally thought at the first unveiling of that vehicle, it looks like they’re going to focus on technology partnerships rather than bringing the VISION-S itself to the road.

As for the partnership here, we hope it can help kick Honda into gear. Since Honda has been dragging their feet, having a partner to drag them along might help.

But Sony is another Japanese company, and Japanese companies are known for their conservative business practices. While Sony is a technology company and is faster moving than many Japanese firms, there is still a sense of traditionalism across Japanese industry that seems to have held them back from adopting new ideas in the EV space. A recent report warned that this stalling on EVs could have dire consequences for the Japanese economy.

But this Sony Honda Mobility joint venture signals an intention to leverage the strengths of two of Japan’s largest companies (Honda at #2, Sony #11), in the hopes that they can catch up with the rest of the world on EVs. We’d like to see the results before 2025, which is quite a ways away, but at least it’s something.