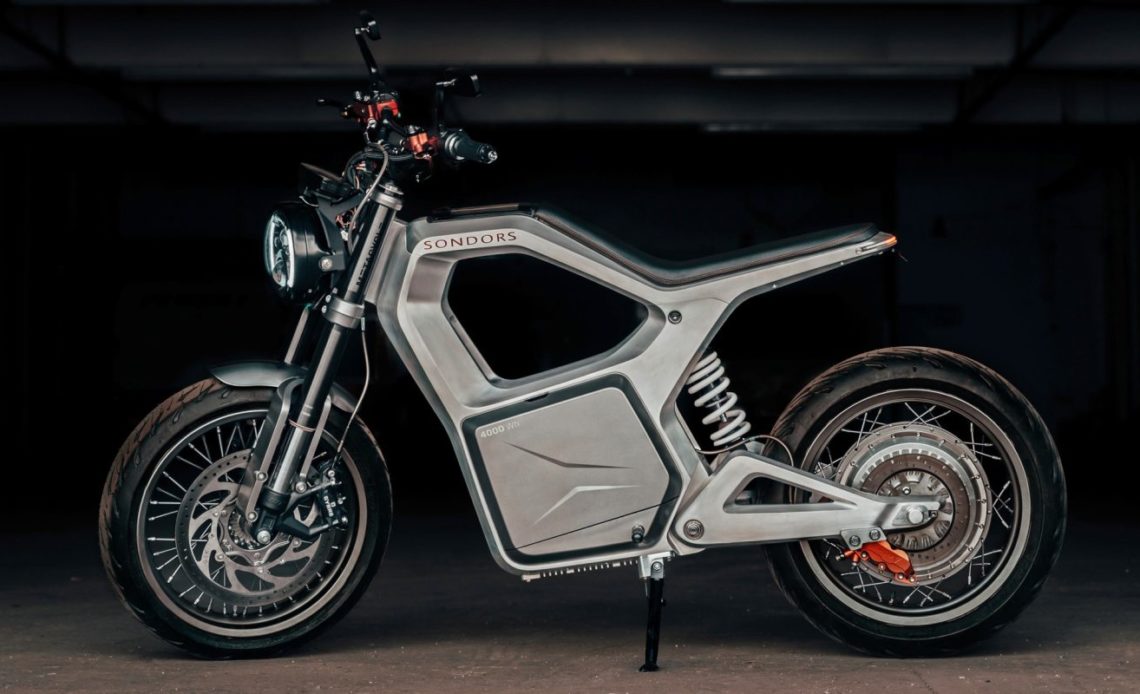 The SONDORS Metacycle electric motorcycle’s reservation window had previously closed for new pre-orders. But today the company re-opened reservations while maintaining the original promotional price of $5,000.

This comes after SONDORS had previously indicated that the price would be rising to around $6,000 or more when the reservation period closed last month.

Early in the development process, SONDORS informed reservation holders that Metacycle production was actually running ahead of schedule and the company moved up the estimated ship date to Q3 2021.

It appears the company spoke too soon, though, as when Q3 arrived the company had to issue a new statement pushing deliveries back to Q4 of this year.

While we got to see a hand-built production validation prototype several days ago at the LA Auto Show, it is looking increasingly likely that the first bikes won’t make their way into customers’ garages by the end of this year.

That means 2022 should be the year of the Metacycle, and SONDORS seems confident enough in that estimate to offer new reservation holders a delivery estimate of 2022, though without a specific quarter to look forward to.

The $5,000 price is not expected to hold steady for long though. As SONDORS explained in a recent statement:

“Additional Metacycle order opportunities have come available. Do not hesitate – quantities are extremely limited and will be shipped on a first come, first served basis. This is your final chance to secure your Metacycle and lock in the $5,000 preclusive pricing. Act now and secure your Metacycle for estimated 2022 shipping. After this, you can expect a price increase of 20% or more.”

When the Metacycle first debuted early this year, it caused a shockwave in the industry due to its low price and relatively high performance specs.

While it won’t rival a Zero or Energica electric motorcycle, the 80 mph (130 km/h) bike should at least enable commuters to take the highway instead of sticking to urban-only roads.

And with a 4 kWh battery offering a range of 80 miles (130 km) at city speeds, it should have enough capacity for most commuters as well.

Perhaps most importantly, the Metacycle’s $5,000 price has kept it far below the sky high figures normally seen among flagship electric motorcycles.

Now the big question is “When will we see it?” Nearly a year ago the Metacycle’s specs and pricing stood alone in the industry. But now there are new competitors creeping up that could manage to beat the Metacycle to market.

Just today NIU showed off its RQi Sport electric motorcycle. While slightly slower than the Metacycle at around 110 km/h (68 mph), the RQi comes from an experienced electric scooter builder with over two million vehicles on the road. And the company’s new MQi GT EVO could use its similar speed to also carve away at the Metacycle’s market. The RQi is expected to be in stores in July of 2022, while the MQi GT EVO will be here even sooner in March of 2022.

Then there’s the Kollter ES1, which also offers speeds nearly as fast as the Metacycle at around 70 mph (112 km/h).

The Kollter ES1 is already available in the US and is priced at $5,999, making it only slightly more expensive than the Metacycle. I recently test rode the Kollter ES1 and found it to be a great commuter-level electric motorcycle. See my test ride video below.

SONDORS will still likely win on its futuristic design, but the marketplace has since become more crowded.

The clock is ticking on the Metacycle, and there are plenty of newcomers to the market that will be happy for a chance to snap up a piece of the pie.

What do you think of the SONDORS Metacycle electric motorcycle? Let’s hear your thoughts in the comment section below!