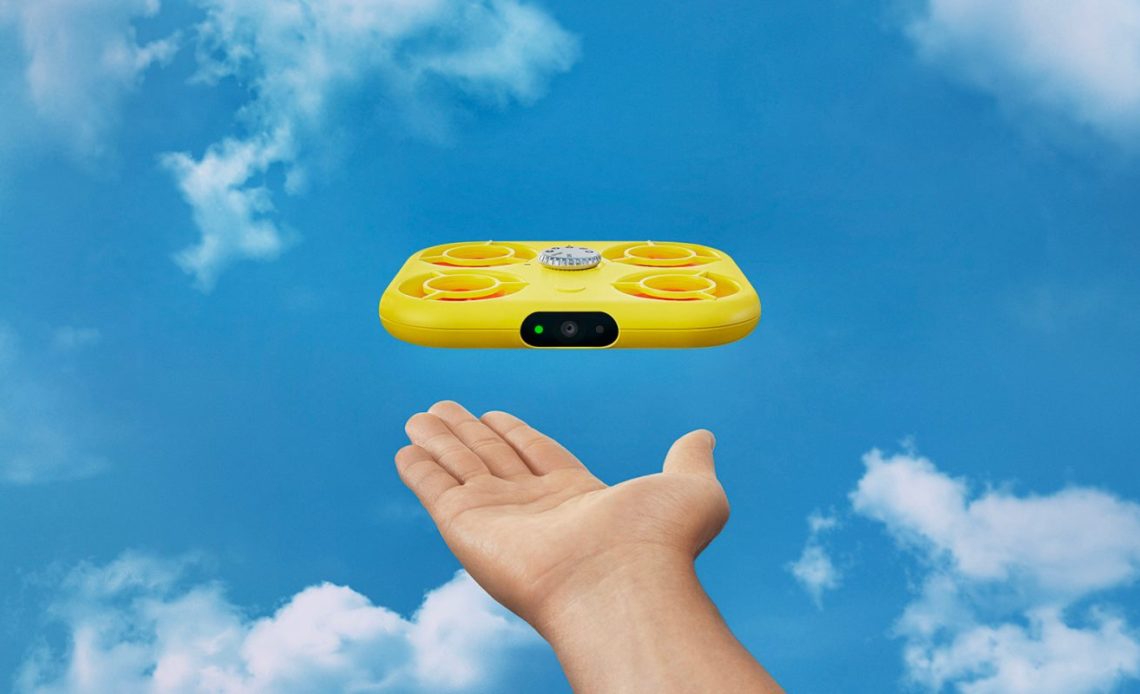 During its Snap Summit event today, Snapchat officially announced a new video drone called “Pixy” that fits in the palm of your hand, as well as a new “Director Mode” that’s headed to Android later this year.

Starting at $229 and available today for purchase in the United States and France, “Pixy” is Snapchat’s first drone. The small 101g drone is equipped with a camera that can capture 12MP images and video clips. The drone can capture 2.7K video at up to 30fps.

Pixy is designed to fly without the need for a controller, and rather to follow four specific flight paths. The drone can follow you as the subject for up to 60 seconds from a distance of 2-3 meters. There’s also an “Orbit” path that has the drone launch from your hand and circle around you. “Hover” leaves the drone in place for up to 60 seconds, tracking your movement from one location. Finally, “Reveal” will see the drone fly back to you from a set distance away. You can also create custom flight paths in the Snapchat app, as well as force the drone to manually land.

Once content is captured, it can be transferred to your phone wirelessly (or wired) through the Snapchat app. There are 16GB of onboard storage which Snap says can store 100 videos or 1000 photos. While the obvious aim of these clips are for Snapchat itself, the clips can be exported to your phone’s storage and used in any other app.

In terms of battery life, the lithium-ion battery is said to be enough for “5-8 flights” and can recharge 80% of its capacity in 20 minutes. You can charge the battery using a USB-C port on the drone.

Snapchat Pixy starts at $229 in a bundle that offers just the drone, its case, and a battery. There’s a $249 bundle that offers a second battery pack as well as a charger and bumper case. Additional batteries cost $19.99. Orders are open starting today in the United States and France.

Beyond its drone, Snapchat also today announced “Director Mode.” This new camera feature adds a suite of video tools for capture and editing to the app to improve the ability of creators to capture content from a smartphone. New features include Dual Camera mode, Green Screen, and Quick Edit. Snapchat offered a preview of Director Mode in the video below:

Director Mode will be rolling out to Snapchat for iOS first in the “coming months,” but will be a bit later on Android. Still, the feature is set to arrive on Android before the end of 2022.