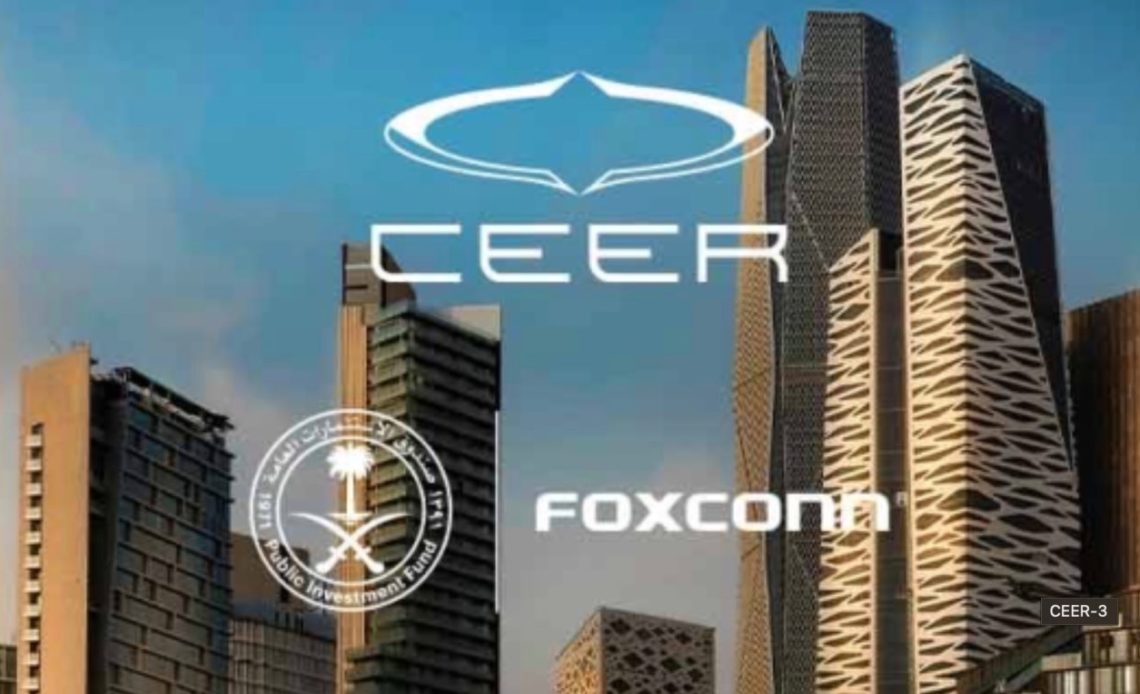 Saudi Arabia, a country known for its oil production, announced today that it is launching its own electric car brand called Ceer in partnership with Foxconn and BMW.

The shift to electric vehicles is happening faster than most people anticipated, and it is an unstoppable force at this point.

Even oil companies are getting involved. BP and Shell, for example, are investing in electric vehicle charging.

Saudi Arabia, an oil state, has also been investing into electric vehicles. The company was famously part of the talks to take Tesla private, though it never went through with it, and it invested a lot of money in Lucid Motors, which plans to build a factory in the country.

The investment was made through the Saudi Arabian sovereign wealth fund (PIF).

Now the same fund has announced that it is launching its own EV brand called “Ceer”:

His Royal Highness Crown Prince Mohammad bin Salman bin Abdulaziz, Prime Minister and Chairman of the Public Investment Fund (PIF) announced today the launch of Ceer, the first Saudi electric vehicle brand that will contribute to Saudi Arabia’s automotive manufacturing sector. The launch comes in line with PIF’s strategy to focus on unlocking the capabilities of promising sectors locally that can help drive the diversification of the economy, to help achieve the objectives of Vision 2030. In addition, the company will contribute to Saudi Arabia’s efforts towards carbon emissions reduction and driving sustainability to address the impact of climate change.

PIF confirmed that it has partnered with Foxconn to produce the vehicle. The Taiwan-based manufacturing giant has lately made several moves into electrification with clear plans to become a major producer of electric vehicles.

But instead of selling them itself, Foxconn has made it clear that it would prefer to manufacture EVs for other brands.

Under the new PIF deal, Foxconn will get its wish, manufacturing EVs to be sold under the Ceer brand.

The two companies also announced that they plan to license tech from BMW:

The company, which is a joint venture between PIF and Hon Hai Precision Industry Co.  (“Foxconn”), will license component technology from BMW for use in the vehicle development process. Foxconn will develop the electrical architecture of the vehicles, resulting in a portfolio of products that will lead in the areas of infotainment, connectivity and autonomous driving technologies.

Ceer plans for its first electric vehicles to be delivered in 2025. The company didn’t go into details about which markets they would go after first.

Saudi Arabia’s PIF is financing the venture, but the company also said that it will take “over US $150 million of foreign direct investment” and projects that Ceer is going to directly contribute “US $8 billion to Saudi Arabia’s GDP by 2034.”

Last month, Saudi Arabia announced that it is targeting 150,000 EV exports in 2026. At the time, we thought it would mostly come from Lucid and maybe other existing EV brands looking to invest in the country, but now we know it plans for its own brand to contribute.