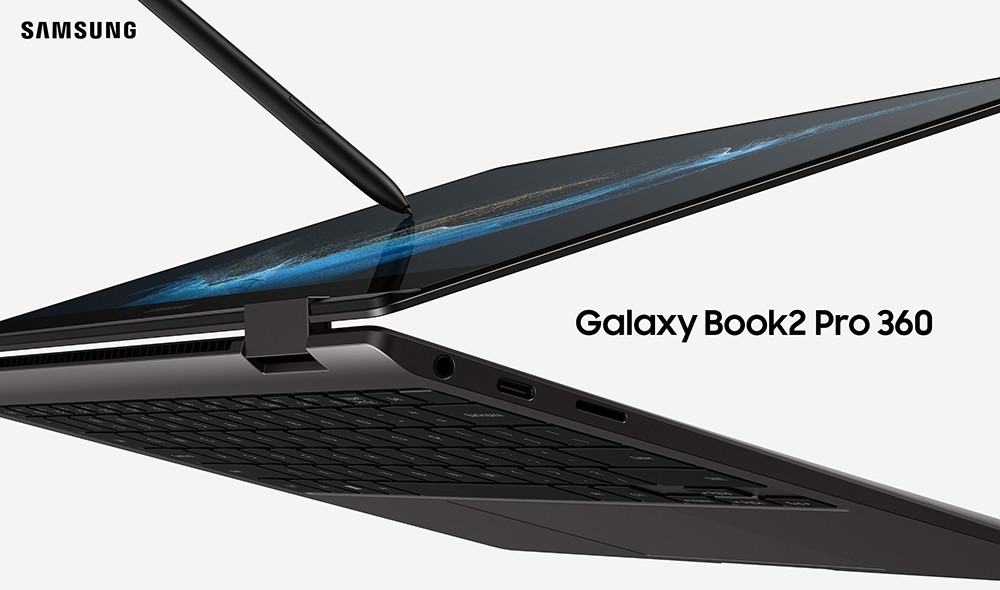 Samsung unveiled the Intel-powered Galaxy Book2 Pro 360 back in February but now has a new version almost ready to go – one that will be powered by Qualcomm’s Snapdragon 8cx Gen 3 chipset. The new model was announced in South Korea and will be released on January 16 with a price of KRW 1.89 million.

The 8cx Gen 3 was the first 5nm chipset for Windows-on-ARM devices and brought major performance improvements when it launched late last year. Compared to the Gen 2 it offers +85% multi-core CPU performance, +60% GPU performance and the NPU went up to 29 TOPS.

Battery life has improved noticeably – the Snapdragon-powered laptop can last up to 35 hours of video playback on a single charge, the Intel model tops out at 21 hours. This one also has superior connectivity with built-in 5G and Wi-Fi 6E support. It is pricier, though, a Core i5 13.3” model can be had for KRW 1.65 million, for example.

This model is suitable for enterprise use as it comes with Windows 11 and follows the Secured-Core PC specifications by Microsoft, which locks the hardware down to the firmware level. It is the highest level of security that Windows offers.