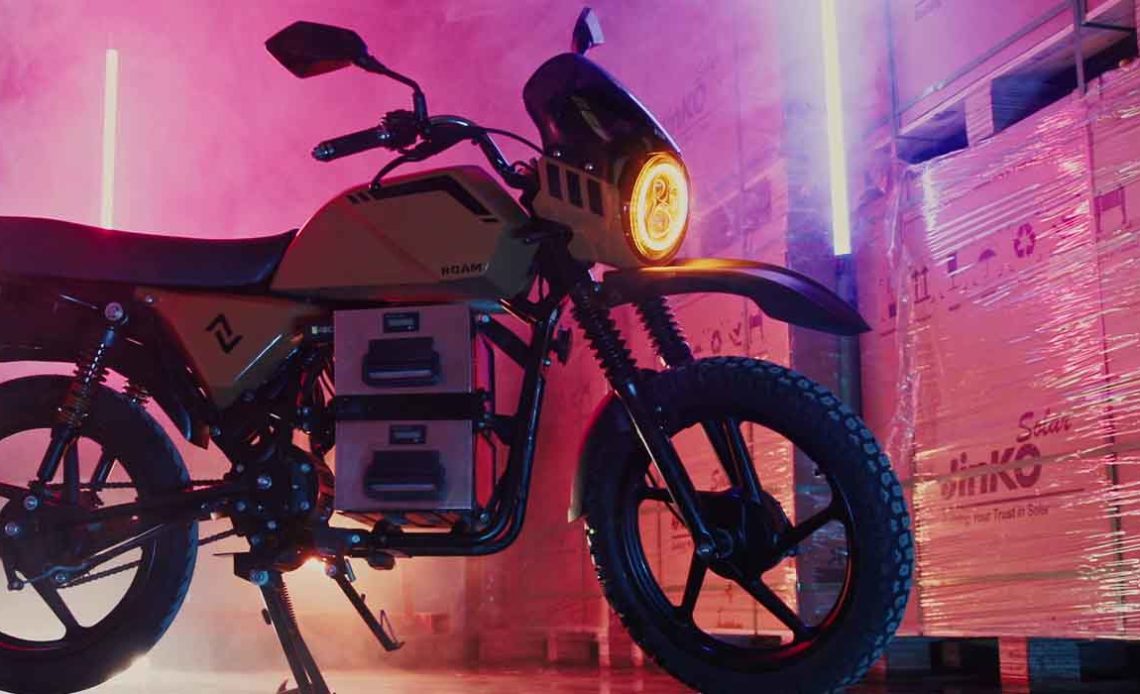 Swedish-Kenyan mobility company ROAM has launched its first production-intent model of electric motorcycles designed for both urban and rural terrain in Africa. The ROAM Air arrives as the first fully adapted electric motorcycle for the commercial market in all of Africa and hopes to create a new standard in clean transport across Nairobi and beyond.

ROAM was founded in 2017 under its original monicker, Opibus. Despite rebranding this past April, it remains headquartered in Kenya where it develops, designs, and manufactures electric vehicles to help transition the African continent toward a future of more sustainable transportation.

The company originally began as a research project at one of Sweden’s top technical universities with a mission to implement electric mobility in emerging markets. Its projects include EV conversions of mining SUVs and energy storage, plus ground-up builds of passenger buses and electric motorcycles.

In fact, following the largest funding round ever for an African electric mobility company ($7.5 million), ROAM partnered with Uber to deploy over 3,000 electric motorcycles throughout Africa this year.

As ROAM attacks its next set of electrification goals in Africa, it has introduced its first official electric motorcycle model – the ROAM Air.

ROAM shared details of the official Air launch in a press release out of Nairobi, Kenya today, following years of research and months of development. According to ROAM, the Air is the optimal electric motorcycle for Africa and will replace the bikes originally promoted by the company as a pilot program.

The focus of the new design was to deliver class-leading carrying capacity, range, and top speed in order to ease mass adoption of zero-emission transport across the continent, all while simultaneously avoiding the need for additional infrastructure. ROAM co-founder and CEO Filip lövström spoke:

We are thrilled to announce the unveiling of the ROAM Air, our next-generation electric motorcycle, adapted and designed in detail for the African use-case and with special focus on affordability, reliability and connectivity. An electric motorcycle tailored for different commercial use-cases such as carrying passengers or cargo with safety at the forefront. It is truly a testament to our commitment to offering world-class electric vehicle technology to the continent.

The frame of the ROAM Air has been engineered to handle the urban and rural terrains of Africa, but also provides a storage compartment where a traditional fuel tank would be. Below that, the motorcycle’s frame houses a dual battery system that combines for 180 km (112 mi) of all-electric range.

ROAM’s new design on the electric motorcycle allows those battery packs to be easily removed and plugged into a home outlet to charge, or be swapped out at a designated station. Additionally, the bike can be replenished with the battery packs still in it at a public charger. Here are some additional specs:

At $1,500, ROAM states that it has reached “near cost parity” with combustion-powered motorcycles in the African market, but at a running cost that’s up to 70% lower. Looking ahead, ROAM said it will begin scaling up Air production in Nairobi to accommodate for the large customer interest that is already beginning to build.