Exclusive: Ryvid Anthem unveiled as revolutionary new affordable electric motorcycle in the US 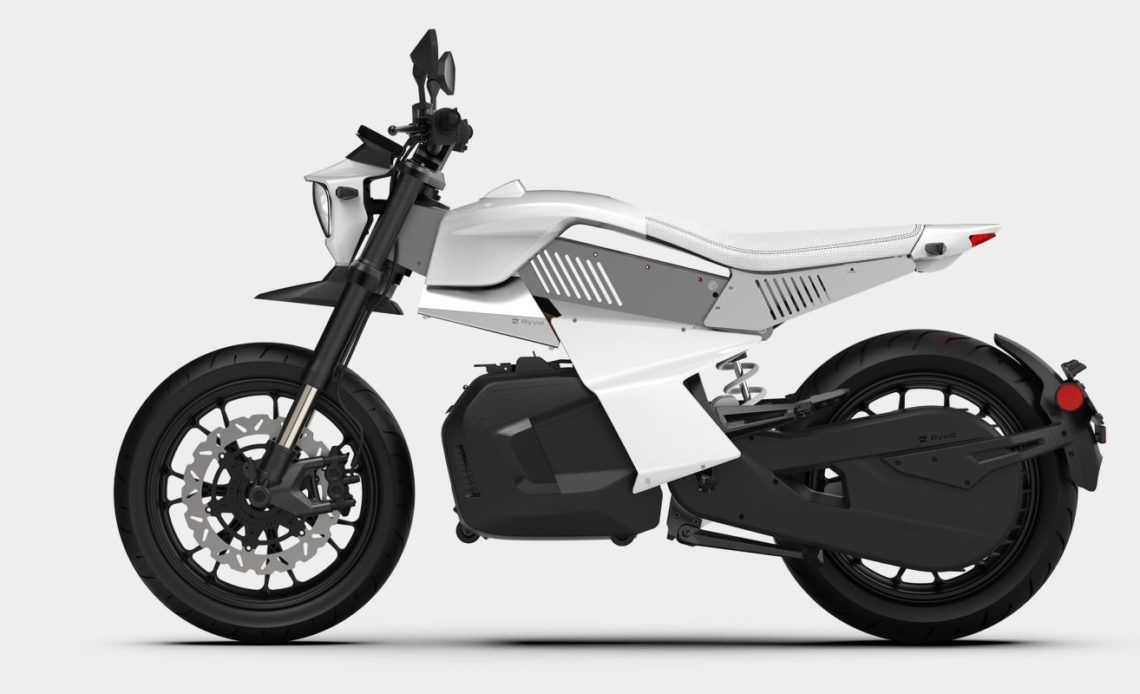 The electric motorcycle market in the US will soon welcome a fascinating startup that plans to shake up the industry with a radical new electric motorcycle: the Ryvid Anthem. And the company is planning to do it at a price that won’t have riders running to the hills, but rather carving them.

With so few US-based electric motorcycle manufacturers, any new player is bound to make waves. But Ryvid isn’t just some run-of-the-mill new electric motorcycle startup. It’s a team of engineers and designers that are combining a lifelong passion for motorcycles with years of experience working in the automotive and light aircraft industries.

That might sound like a strange mix, but it’s working for them. Take Ryvid’s founder and CEO Dong Tran, for example. His resume includes a long list of automotive credentials, including experience at General Motors, BMW DesignWorks USA, Toyota’s Tokyo-based Design Laboratory and Honda R&D. But the last four years have seen his design and engineering experience expand into aircraft with design work for multiple aviation companies including ICON Aircraft.

Having been a lifelong motorcyclist as well, his design experience and personal passions led him to combine his skills and expertise by creating Ryvid to design effective and affordable light electric motorcycles. And the first bike unveiled by the company this morning is the striking-looking Ryvid Anthem.

But taking a closer look at the Anthem shows that the bike is anything but average. Instead, Ryvid took an entirely different approach to the design.

First of all, the bike’s frame is designed in a completely unique way. Instead of a typical tubular frame, the Ryvid Anthem uses folded aluminum and stainless-steel sheets to create an ultra lightweight and easy to assemble unit. The entire chassis weighs just 12 pounds (5.4 kg), which Tran demonstrated effortlessly on a recent Zoom call with me when he reached behind himself one-handed to pull out a chassis to show me.

The bike even features some novel shape-shifting tech, including the ability to raise and lower the seat by as much as 4 inches (10 cm) to change the bike’s geometry and fitment for taller and shorter riders. The actuator for the seat can lift several hundred pounds, meaning it can even be adjusted in motion with a rider on top. The bike can thus morph from a saddle height of 30″ up to 34″.

Other smart features on the bike include keyless start with push button “ignition,” LED lighting for low energy lighting (that’s still a pricey upgrade on many other electric motorcycles like those from Zero), a 4.9-inch TFT display, and dual high-output USB ports for device charging.

The novel frame design means that Ryvid has been able to include multiple mounting points for the suspension and head tube. Changing the feel and ride of the bike is as easy to changing the mechanically-fastened head tube angle or suspension mounting points. That also makes the bike future-proofed, allowing quick swaps of future parts and upgrades.

The low mounting point of the 7.5 kW continuous-rated and 13.5 kW peak-rated motor keeps the weight lower on the bike, as does the low-slung 4.3 kWh battery pack. The entire bike weighs around 240 lb (108 kg), which is already quite light for an electric motorcycle, but the low center of mass makes the bike feel even nimbler. And with 250 lb-ft of torque at the rear wheel, the Anthem takes full advantage of that electric motor.

Much of the Anthem’s weight comes from the 65 lb (29.5 kg) battery pack, which is removable for charging off of the bike when necessary. The battery removable process is quite ingenious, as unlocking it from the bike causes the battery to lower down onto a set of built-in wheels for easily rolling into an apartment or office building. Tran demonstrated the process for me via Zoom and it looks pretty darn slick.

When returning the battery to the bike, the case of the battery locks into a fulcrum in the bike’s housing to lever up into place. That means the rider never supports the full weight of the battery, though Tran did demonstrate that it was possible to carry it – biceps bulging and all.

Charging the battery on a typical home outlet will take three hours on 220V or 6 hours on 110V. An optional on-board charger instead of a separate brick charger is currently in the works but won’t be available at launch. If you have a ground-level outlet, such as in a garage, you’ll likely never need to remove the battery. But for anyone that lives in an apartment or lacks access to an outlet, the ability to roll the battery indoors, up and elevator and into your apartment or office to charge is a nice feature to have.

The Ryvid Anthem claims a range of 75 miles (120 km) in Eco mode, which is likely the city-centric mode. The company also quotes a 40-50 mile range (64-80 km) in Sport Mode without the regenerative braking turned on. Mixed riding is likely to fall somewhere in the middle of those two figures.

The company is planning a run of 1,000 of the Launch Edition Ryvid Anthems, which will be the company’s first production model. They’ll officially go on sale on August 14th, 2022, with deliveries expected to begin in the summer of 2023.

The $7,800 price puts the bike above some other commuter-spec electric motorcycles on the market in the US, but well below the entry level offerings from companies like Zero or LiveWire.

Color me excited! I can see the look being divisive, but I already love it. And I’m just as impressed with the innovative features like variable frame geometry, adjustable seat height, novel frame construction, etc.

However, this isn’t the first time I’ve gotten excited for a new commuter-level electric motorcycle that promised a reasonable price and deliveries in under a year. I’d be remiss if I didn’t mention the SONDORS Metacycle, which touted 80 mph speeds and 80 mile range for $5,000, yet has now run over half a year past its projected delivery date. Deliveries are supposed to be imminent, but no one seems to have received one yet.

That being said, I’m glad to see that Ryvid took a different approach. These guys have been working in stealth mode for nearly as long as the Metacycle has been “on the way”. Instead of rushing out with a single prototype and a promise, they’ve refined the product and planned the production so that they can meet their goal of shipping in 12 months. And don’t even get me started on Damon Motorcycles, which has been promising us an electric motorcycle with adjustable seat height since 2019, but has yet to begin production.

The Anthem also looks like it was designed with final production in mind, unlike the Metacycle that was unveiled with a laundry list of obviously non-street legal components that were changed in the run up to production.

Will Ryvid succeed? No one knows. But the team definitely has the design experience and technical background to make it happen, and they seem to have taken the right approach from the get go. So I’m cautiously optimistic that we could have actual Ryvid Anthems quietly buzzing around US cities next summer.