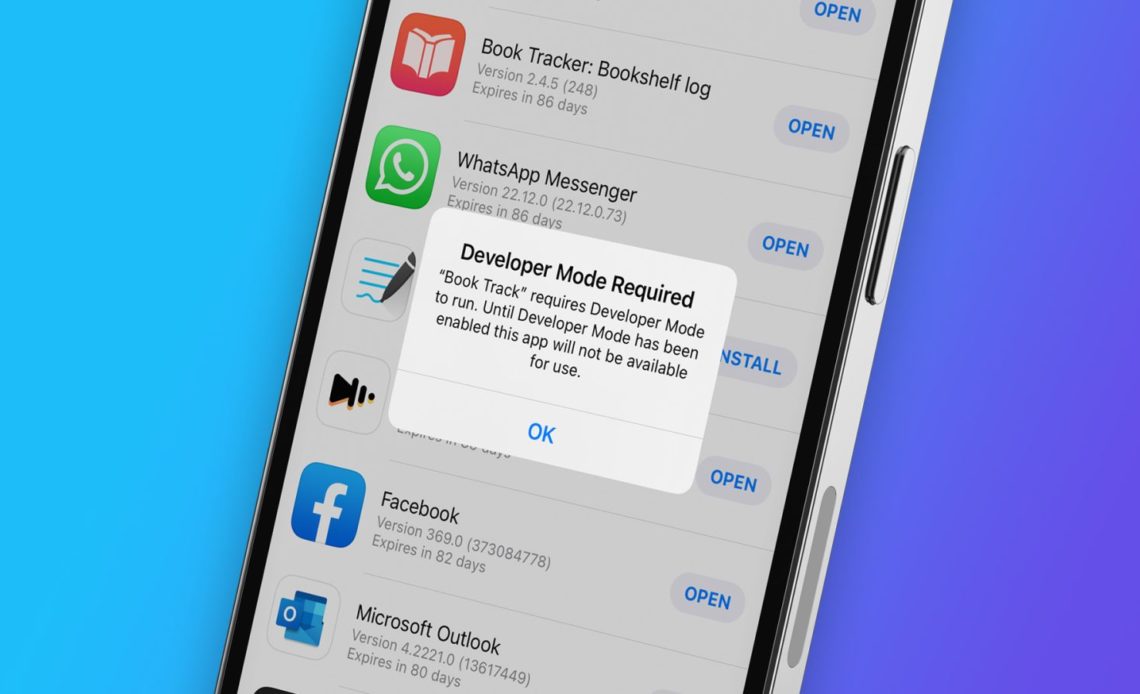 With iOS 16, Apple is making some changes to prevent attackers from sideloading malicious apps on the device – which includes de addition of a new Developer Mode. However, these changes caused a bug in the first beta of iOS 16 that also requires this mode for TestFlight apps.

Update (June 22, 2022): Apple has fixed this bug with iOS 16 beta 2. Users can now run TestFlight apps without having to enable Developer Mode. You can read the original article below.

As noted by some users on Twitter and also confirmed by 9to5Mac, users can no longer simply install and run TestFlight apps on iOS 16, at least not as it used to be. Of course, you can still install TestFlight apps on your iPhone and iPad, but now there’s a catch.

As explained by Apple in a session at WWDC 2022, some of the features used by developers to allow them to sideload their apps during the development process now come turned off by default in iOS 16. According to the company, this is a security measure to prevent malicious apps from using developer tools for targeted attacks.

In the first beta of iOS 16, this new feature also affected TestFlight and enterprise apps. Luckily, Apple has confirmed that these apps will not require Developer Mode to run since they already have a valid certificate, so the alert is just a bug that will be fixed in a future update.

How to enable Developer Mode in iOS 16

If you’re having trouble running TestFlight or enterprise apps on iOS 16, you can enable Developer Mode by going to Settings > Privacy & Security > Developer Mode. Apple says the option is available to all users running iOS beta, but once iOS 16 is released to the public, it will require pairing the iPhone with Xcode first.

Of course, if you’re not a developer, we suggest that you keep this option turned off to ensure the security and integrity of your device.

iOS 16 is currently available as beta software for developers via the Apple Developer website. A public beta will be released next month, while the official release is expected this fall.