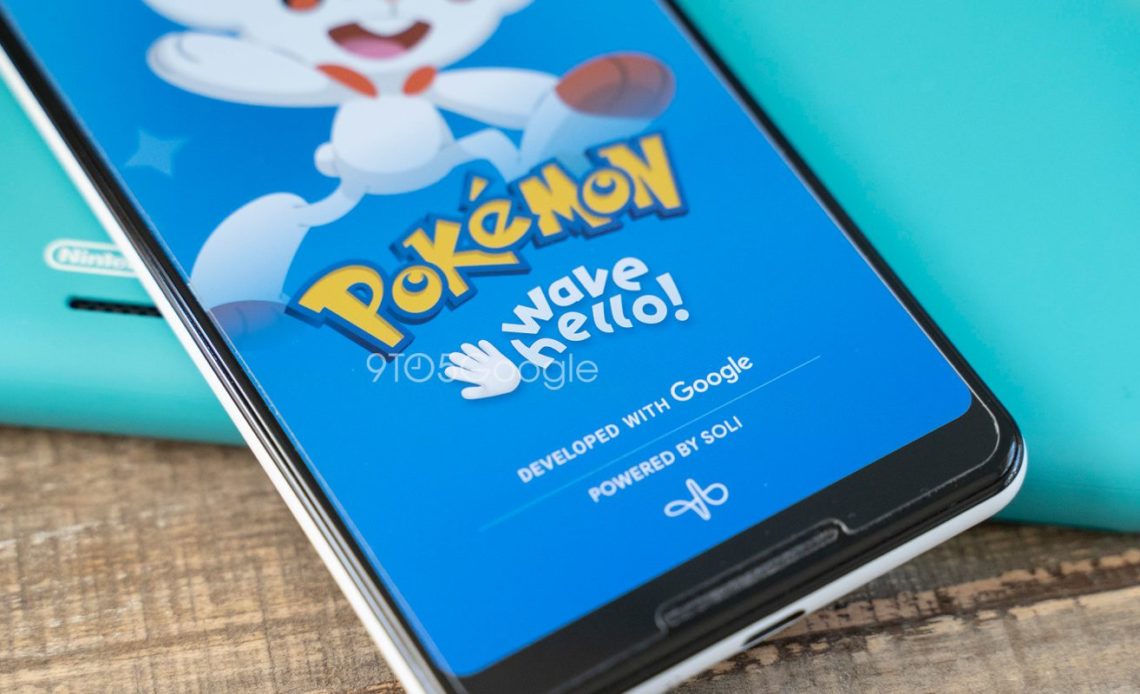 One of the ways Google demoed Soli Motion Sense on the Pixel 4 was through an interactive Pokémon app. After nearly three years, Google has removed Pokémon Wave Hello from the Play Store.

The Pokémon Wave Hello app was not responsible for the Pixel 4 live background, which is located under the “Come Alive” collection in the usual wallpaper picker.

Rather, this application was one way to demo Soli gestures in a game-like manner by interacting with one of five Pokémon. Grookey, Scorbunny, and Sobble are from Pokémon Sword and Shield, while there’s Eevee – the best – and fan-favorite Pikachu.

In comparison, the live wallpaper lets you use Soli to wave at them and get the same gesture back, as well as pet by moving your hand closer to the screen. Besides that, tapping the screen makes them jump, while a double-tap lets you cycle through. This experience remains accessible as a direct download from Wallpaper & Style. (As of today, I was able to download the background on a Pixel 4 that did not have it installed beforehand.) However, Google still links to Pokémon Wave Hello through a “Play More!” button.

As noticed today, the app was somewhat recently removed from the Google Play Store. Pokémon Wave Hello was published under the Developed by Google account, which also hosts AR Stickers. There’s some precedent for this removal as seen with the Mandalorian ARCore experience last year. Presumably having to do with content licensing, that app had a firm 11-month availability that was telegraphed on the listing at launch.

The removal is somewhat unfortunate if you need to factory reset your phone, but you’re not missing out on a lot. The obvious solution is sideloading as the app no longer appears under Manage apps & devices or by visiting the URL directly on your phone.

However, the other Soli demo app, Headed South by ustwo Studios, remains available for download.