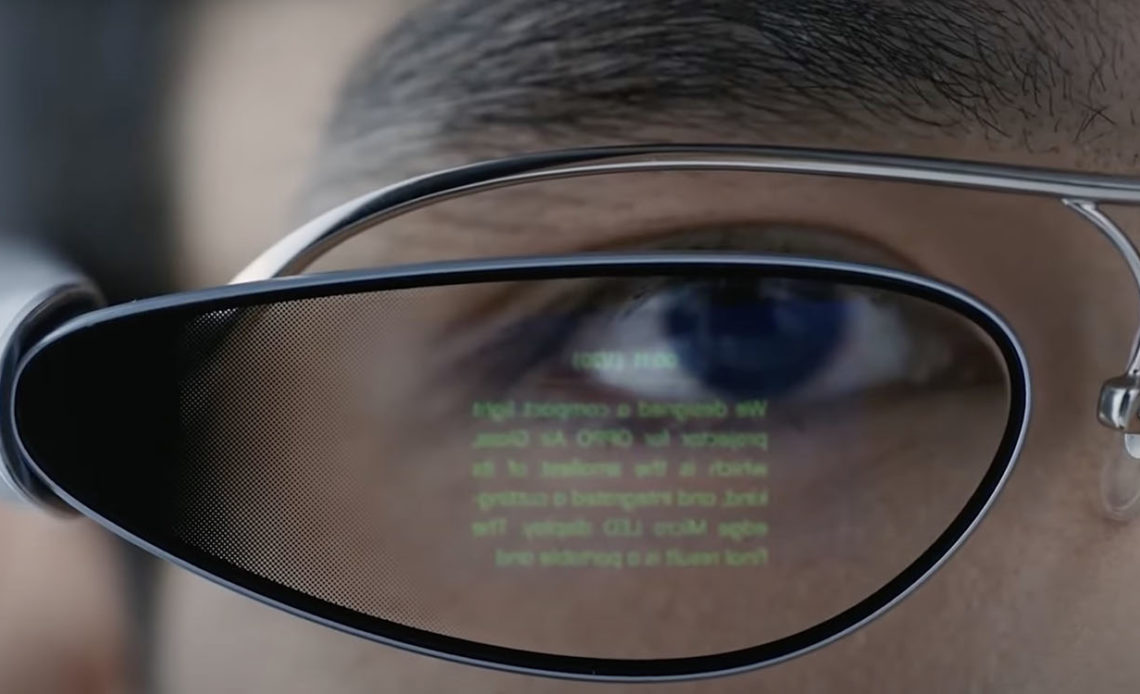 While it’s likely that only a tiny number of people within Apple Park has seen an Apple Glasses prototype, I can’t help feeling like Oppo’s Air Glass is giving us a kind of sneak preview at the likely state of play.

It still looks a long way from a finished product, but at the same time it’s a lot closer to a Glasses product than the type of clunky mixed-reality headsets we’re expecting to see first. I also think Oppo may be on the right track with one particular aspect of the design …

Apple is believed to have short-, medium-, and long-term goals in this field.

The first product we’re expecting to see is a mixed-reality Apple Headset. This is likely to look broadly similar to today’s virtual reality (VR) headsets, but with external cameras to incorporate augmented reality (AR) content. Facebook parent Meta is believed to be working on a similar device.

The Apple Headset team was reported to have demonstrated the device to the company’s board of directors, implying that it has reached an advanced stage of development.

[The report] said Apple has been working on augmented reality versions of core iPhone apps to use on the headset as well as new apps “that will handle tasks such as streaming immersive content and holding virtual meetings.”

The first iteration of the headset is expected to be a relatively bulky and expensive device, featuring high-resolution displays, a powerful chip, and advanced sensors. Some previous reports have pitted the headset at a price well above $1000. It may be primarily targeted at enthusiasts and the developer community.

Next up will likely be a more affordable, and likely more compact, version of the same thing.

According to Kuo, the second generation of Apple’s AR/VR headset is expected to come in two different models. The first will be an upgrade to the first-generation headset with better hardware and the other will be a more affordable model.

Apple’s long-term goal is believed to be something usually referred to as Apple Glasses. This describes a device that looks much more like conventional glasses, but is capable of overlaying AR content. This concept was first realized in the ill-fated Google Glass.

Oppo first announced its Air Glass device just before the end of the year for China only, but The Verge has now gotten to try them.

Rather than being permanently built into a pair of glasses, the Air Glass offers a two-piece design. The system described above has a shallow magnetic divot that loosely resembles an Apple MagSafe port midway along the stalk. To use it, you put on a pair of custom-designed metal glasses frames that have a matching magnetic nub on the temple. The frames are ordinary glasses but fit the lens system along the right side, and you’ve got a monocular AR display similar to Google Glass […]

When you pair the Air Glass over Bluetooth with an (again, China-only) Oppo phone, you’ll get a green heads-up display that covers a small but significant chunk of your vision — for me, about the size of my palm held a foot away from my right eye. The virtual overlay looks like something a cyborg assassin would use in the dystopian future of 1995, but in a mostly good way: it’s high-contrast, reasonably visible in everything but bright sunlight, and avoids feeling like a washed-out phone screen the way some full-color AR displays do […]

The low-tech magnetic nubs blend right into the frames and seem like they could be easily added to a variety of styles. The magnetic hold between the 30-gram lens apparatus and the frame is quite solid, but it’s trivially easy to remove the AR portion and stick it in the case even if you wear prescription glasses full-time, making clear that you don’t have a secret screen stuck to your face. It’s a solution that takes people’s concerns about privacy and distraction seriously rather than simply trying to hide the thing they’re anxious about inside a smaller package. It also helps that this generation of Air Glass doesn’t have a camera, although Oppo says it doesn’t rule the option out for future versions.

The Verge’s Adi Robertson says that this is still bleeding-edge tech, with a three-hour battery life, and a “rough” experience on the software side – but she is sold on the design approach. Namely, a reasonably compact, lightweight unit that can be easily attached to a pair of normal-looking glasses.

I do think this could well be the direction Apple takes. Keep the glasses themselves normal (and allow plenty of choice of styles), and have a clip-on unit for the tech. This would, for example, allow people to switch between eyeglasses and sunglasses.

I wouldn’t expect Apple to launch anything quite this crude, but I would guess that the current generation of Apple Glasses prototype looks something very much along these lines. The company has time to work on a more Apple-like design between now and the expected launch date of 2024/2025.