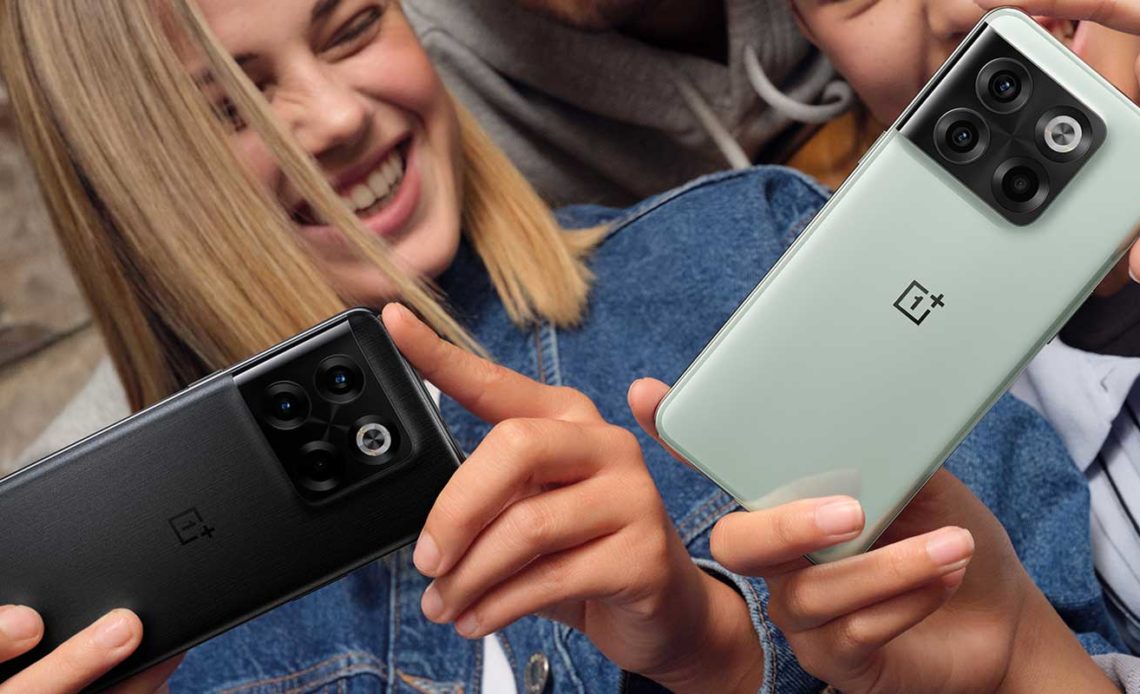 The OnePlus 10T has now officially launched globally with the mid-cycle refresh coming with some notable hardware changes and even a few upgrades.

Measuring at 6.7-inches, the OnePlus 10T includes a 120Hz FHD+ AMOLED display with a centrally placed notch and optical in-display fingerprint scanner for biometric unlocks. The latest and greatest Qualcomm Snapdragon 8+ Gen 1 processor is at the very heart of the device. This is paired with 8, 12 or even 16GB of RAM, while 128/256GB UFS 3.1 storage options are also set to be offered.

A contentious hardware removal on the OnePlus 10T has been that of the alert slider. The decision to remove the popular volume control slider was twofold. OnePlus says that its removal has enabled a larger battery to be included and it also ensures faster-charging methods are viable.

Because of the voltage differences in US and the rest of the world, the 4,800mAh battery on the OnePlus 10T will be topped up at 125W speeds in North America. Elsewhere it will be 150W with an in-the-box charger. While this may seem like a major dip, in real-world charge times it merely adds a minute to the 0-100% time. Instead of being able to go from 0-100% in 19 minutes, US devices will take 20 minutes according to OnePlus.

At the rear, the OnePlus 10T has a familiar camera layout with the triple camera setup consisting of a 50-megapixel Sony IMX766 main sensor, 8-megapixel ultra-wide-angle, and a 2-megapixel macro shooter. The punch-hole selfie camera is rated at 16-megapixels but with a central position, is better for framing and alignment.

While OxygenOS 13 is confirmed for the OnePlus 10T, it won’t be available until later this year. Therefore, the handset is shipping with OxygenOS 12.1 atop Android 12. This includes a number of tweaks and tuning that we detailed in our deep dive into OxygenOS 12 late last year.

Devices will go on sale from September 29 starting at $649 in the United States for the 8/128GB variant. The top 16/256GB option will be priced at $749. Both models come in Moonstone Black and Jade Green colors and will be available for pre-order from September 1 at Amazon, OnePlus.com, and .