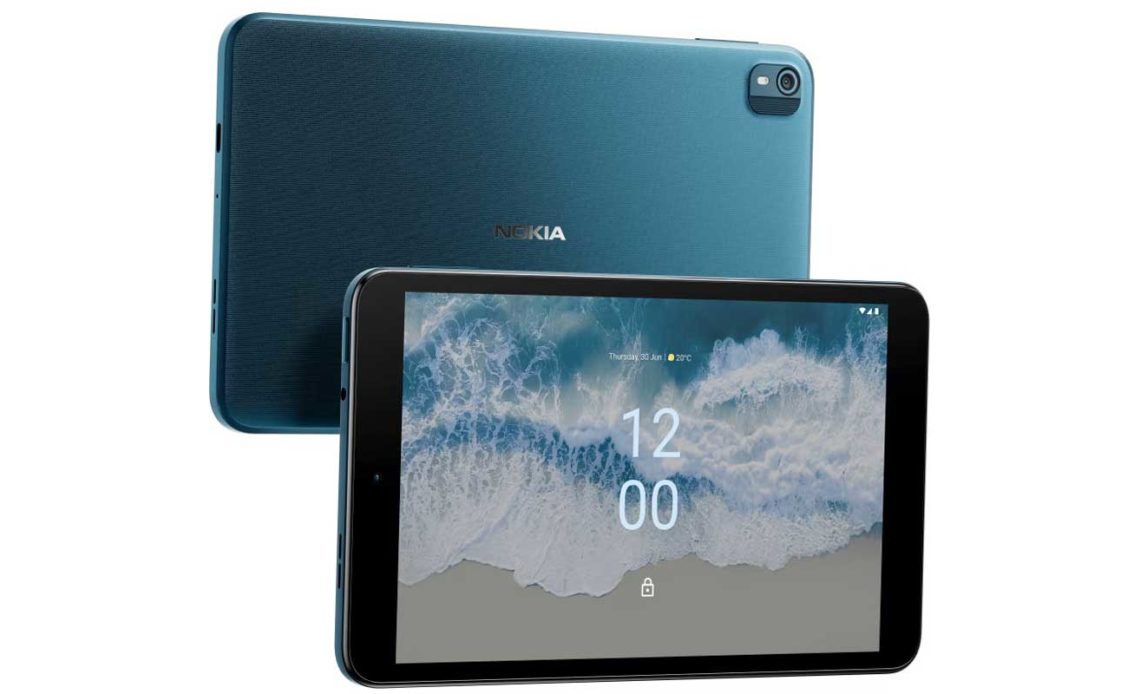 Nokia has quietly launched another affordable Android tablet following last year’s impressive T20. The Nokia T10 comes with a smaller size but much of the same ingredients.

Likely a competitor to the likes of the Amazon Fire tablet series, the Nokia T10 comes with an 8-inch HD LCD display with a 1,280 x 800-pixel display. This diminutive Android tablet is powered by a Unisoc T606 processor with 3/4GB RAM and 32/64GB of microSD card expandable storage. There’s room for a 3.5mm headphone port, meaning wired audio connections are possible here.

A sizable 5,250mAh battery is tucked inside the Nokia T10’s chassis. It charges via USB-C but the speeds are capped at just 10W. It’s not clear if there is a charger in the retail packaging or if you need to buy one separately.

There is room for an 8-megapixel solo camera at the rear with autofocus and an LED flash also present. Sadly, the selfie camera is only rated at 2 megapixels – making it a potential stumbling block for video calls on services like Google Meet and Zoom.

Running Android 12 right out of the box, the Nokia T10 is one of a few tablets running the latest OS. It’s not clear if this is Android 12L with the added tablet optimizations. Kids Space and Google Entertainment Space are also pre-installed here too. Two years of OS upgrades are promised alongside three years of regular security patches. On top of that, the Nokia T10 is fully Android Enterprise Recommended.

A Wi-Fi and LTE version will be offered but the core specifications remain the same on both models. However, only the Wi-Fi model is currently listed for sale. The 3/32GB version is priced at £129/€159/$159 from selected retailers and at Nokia.com.