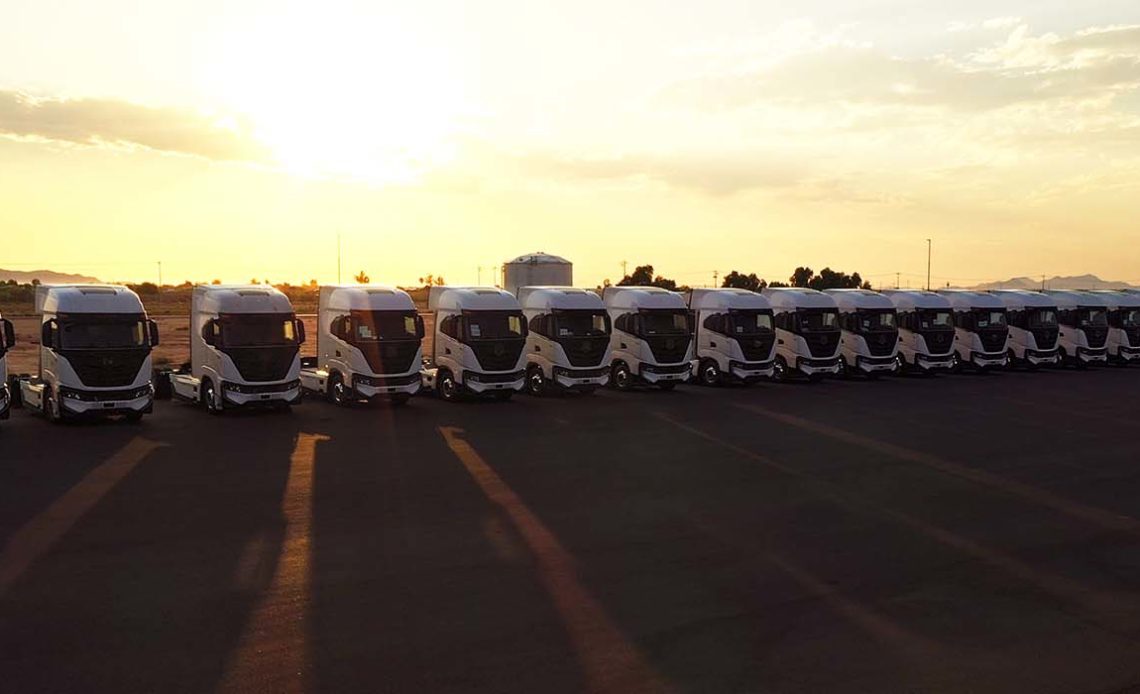 Nikola Corporation ($NKLA) is an American manufacturer of zero-emission vehicles (ZEVs) that continues to make positive strides forward after a very turbulent and tabloid-worthy start as a young EV company.

This past March, Nikola began serial production of its all-electric Tre truck in Coolidge, Arizona, followed by first deliveries in April. The automaker only reported eleven Tre deliveries for Q1 of 2022, but we should have Q2 numbers soon, so stay tuned on that.

Despite low initial output, Nikola has successfully developed, produced, and delivered commercial EVs that have qualified for huge incentives in both California and most recently, New York. To further cut costs and add to its repertoire of proprietary EV technology, Nikola will engineer its own battery packs with the help if Romeo Power.

Nikola expects to save $350M by 2026 making own batteries

The American automaker shared news of its definitive agreement to acquire Romeo Power Inc. in a press release today, which was also joined by an investor webcast and conference call this morning.

The transaction has been approved by the Boards of Directors of both companies and will consist of Nikola acquiring all of the outstanding shares of Romeo common stock, equating to an equity value of around $144 million.

Previously, Nikola has been Romeo Power’s largest customer for batteries and the former believes its acquisition can help accelerate its commercial EV development by moving one of the most costly components in-house. Nikola Corp. CEO Mark Russell elaborated:

Romeo has been a valued supplier to Nikola, and we are excited to further leverage their technological capabilities as the landscape for vehicle electrification grows more sophisticated. With control over the essential battery pack technologies and manufacturing process, we believe we will be able to accelerate the development of our electrification platform and better serve our customers. Given our strong relationship with Romeo and ongoing collaboration, we are confident in our ability to successfully integrate and deliver the many expected strategic and financial benefits of this acquisition. We look forward to creating a zero-emissions future together.

As Russell touched upon, the terms of the agreement entail the automaker takes over Romeo Power’s facility in Cypress, California. It will be renamed “Nikola’s Battery Center of Excellence.”

By integrating Romeo’s battery technology in-house, Nikola expects annual savings of up to $350 million by 2026, plus a reduction of non-cell related battery pack costs by 30-40% by the end of 2023. In addition to lower costs and accelerated EV development, Nikola expects to deliver increased range and charge rates in its commercial vehicles going forward.

Nikola has agreed to provide Romeo with $35 million in interim funding to facilitate continued operations through closing. That’s all for now, more as it comes.