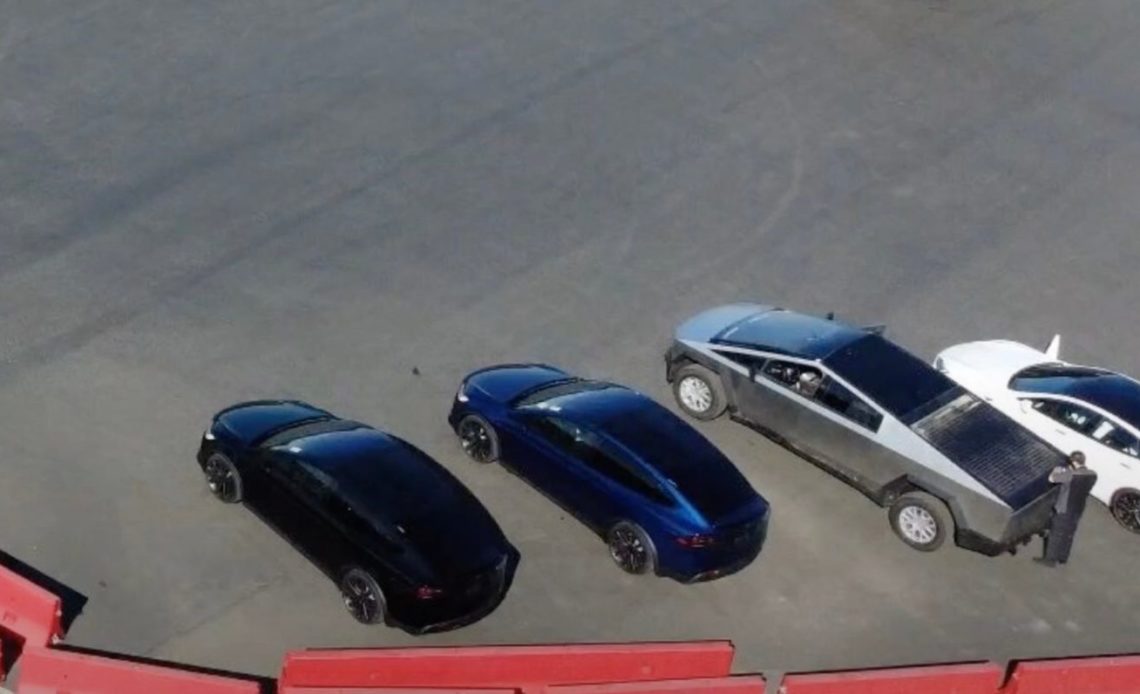 A new Tesla Cybertruck prototype has been spotted at Tesla’s Fremont factory, and it featured a bed cover – something that was missing in other recently spotted prototypes.

We expected to get an update about the Cybertruck as part of a product roadmap CEO Elon Musk had said he would release as part of the company’s Q4 2021 earnings. However, the CEO only announced that the Cybertruck had been delayed to “hopefully 2023” due to supply chain constraints.

A few weeks later, Tesla brought a new prototype of the Cybertruck to Gigafactory Texas. Several pictures and even a video of the updated version of the electric pickup truck have leaked.

Earlier this month, another Cyvertruck prototype was spotted at Fremont factory when a drone got dangerously close to it.

Now the same drone pilot spotted another Cybertruck prototype at Fremont factory, but this time he stayed farther away:

There are a few interesting things about this particular sighting of the highly-anticipated electric pickup truck.

First off, it features a bed cover – something that was missing on most previous recent sightings.

It appears to have some strange and inconvenient dirt accumulation at the top of the bed cover.

As we previously reported, Tesla CEO Elon Musk said that the automaker plans to offer an option with embedded solar cells in the retractable cover, and a patent for the technology developed to enable such an option was released last year.

The footage also shows the Cybertruck prototype next to a Model S, which gives a good size comparison.

The Cybertruck looks much longer, but the perspective might be misleading as the electric pickup truck looks extremely long from this angle.

What do you think of this new Tesla Cybertruck sighting? Let us know in the comment section below.