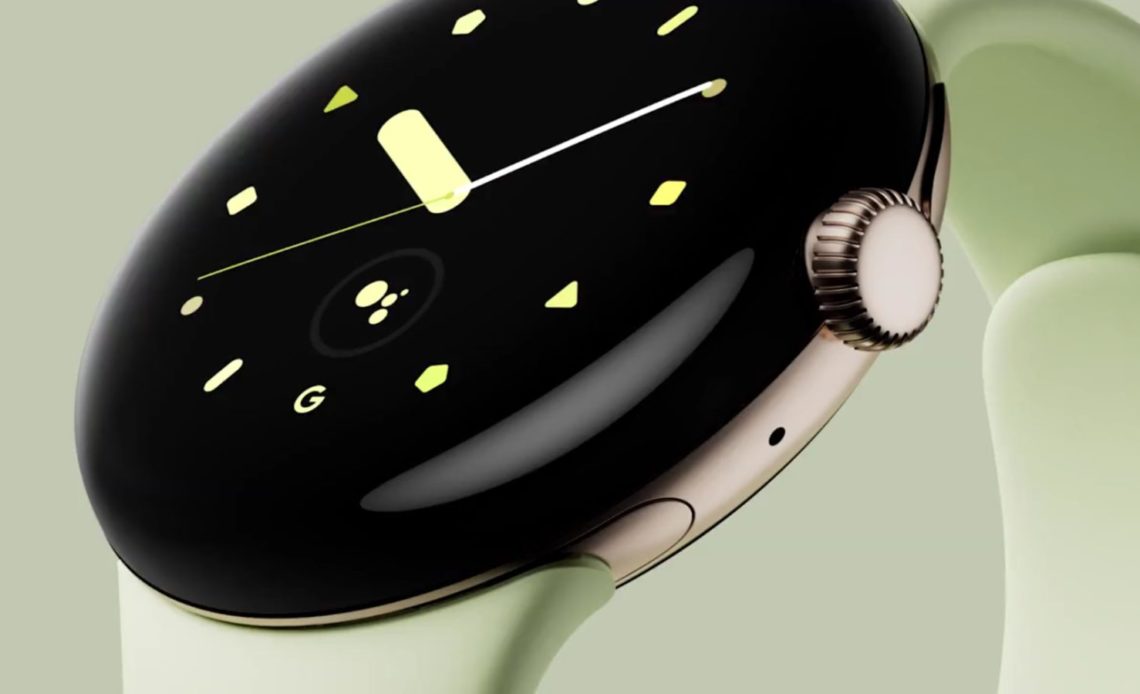 On Monday, we detailed the Pixel Watch’s default case color and strap configurations, which builds on our previous report about the extensive band collection that’s in the works. Google is now ramping up Pixel Watch teasing, while the latest leak suggests what band colors and styles will be available at launch.

Made by Google today shared a 15-second teaser showing the Pixel 7 and 7 Pro, Watch, and Buds Pro, or the “Google Pixel Collection,” which is accompanied by “A world of help, built around you” tagline. Notable here is a brief shot at another analog watch face design that uses various shapes as hour markers. Google has been using an analog face without any markings in recent advertising (to presumably mask the bezel thickness).

It’s a bit chaotic, with one complication slot at 6 o’clock for Google Assistant and a rather thick hour hand.

Meanwhile, our $349 pricing report noted Chalk (white/beige), Charcoal (gray), Hazel Lemongrass (yellow/green), and Obsidian (black) colors for the in-box strap, which is basically Fitbit’s Infinity Bands. SnoopyTech on Twitter noted that it will also be available in Coral, which is Google’s orange/salmon.

Additionally, the fabric “Women” bands we previously noted will be available in Coral, Ivy, and Lemongrass. Our June look into the bands also discussed how Google is working on two types of leather bands. Ivy and Obsidian colorways were mentioned yesterday, while there will be small, medium, and large sizes, in general.

We previously said that not all of the strap designs might be available immediately, and this leak provides an idea of what might be offered near launch.