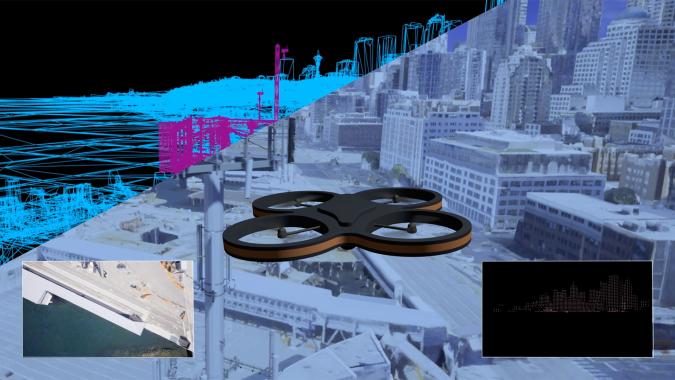 If autonomous drones and flying taxis are going to thrive, they’ll need AI that can handle a wide range of conditions — and Microsoft thinks it can help build that AI. The company has unveiled a Project AirSim platform that helps manufacturers create, train and test the algorithms guiding autonomous aircraft. The Azure-based technology has virtual vehicles fly millions of flights through detailed simulations in a matter of seconds, gauging their ability to handle different obstacles and weather conditions. A drone maker can quickly find out if their machine will avoid birds, or use too much battery power countering strong winds.

Developers can use trained AI “building blocks” to get started, so they won’t need vast amounts of technical know-how. Users can create custom 3D environments using Bing Maps, but they’ll also have access to a ready-made library of cities (such as New York City and London) and generic locations.

Project AirSim is currently available as a “limited” preview already in use at Airtonomy and Bell. Microsoft plans to expand the simulation with physics, weather and digital sensor replicas, including the option to bring custom physics models through a team-up with MathWorks. The team is also “actively engaged” with governments and standards groups, and envisions a day where AirSim could help certify autonomous aircraft by putting them through rigorous digital tests.

The initiative won’t address some of the biggest challenges of autonomous flying, including aircraft design and real-world testing. However, Microsoft is keen to note that its technology is flexible — it can help shape everything from delivery drones through to eVTOL taxis navigating dense cities. If all goes well, companies will spend more time deploying aircraft and less time working on basic features.