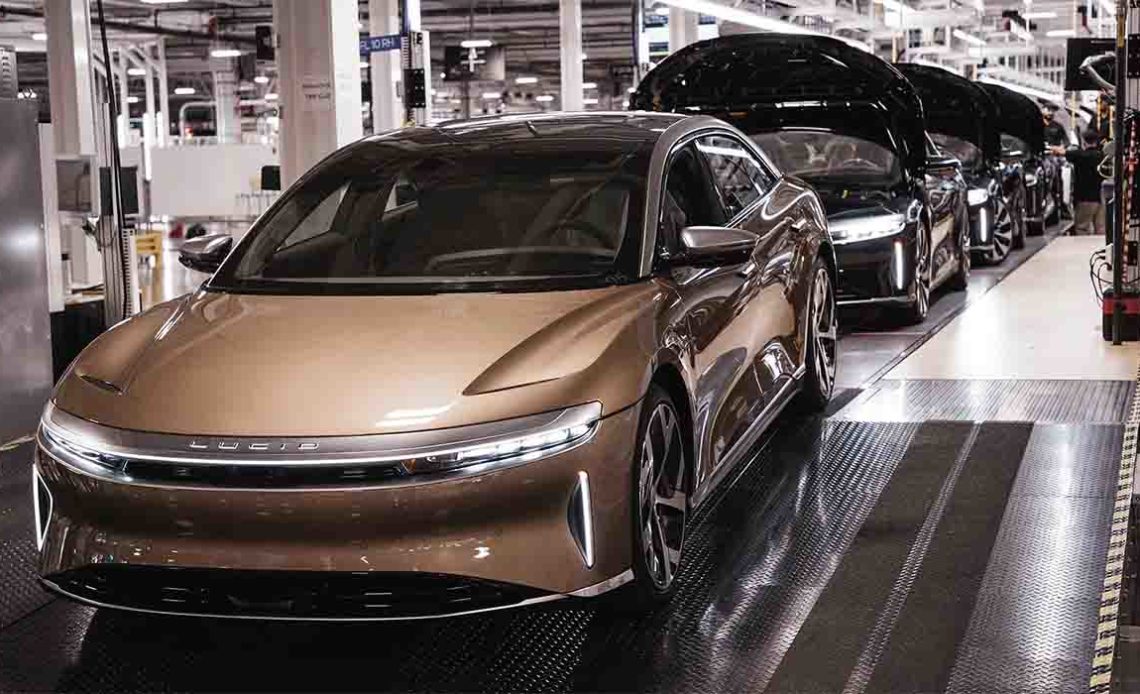 News emerged today that Lucid Motors has issued its second recall on its flagship Air sedan. According to the American EV automaker, the issue concerns a wired data connection to the instrument panel that may not have been secured properly during a given vehicle’s assembly.

News of a second recall comes at an inopportune time for Lucid Motors (though is there ever a good time for a recall?). Lucid had found early success in the Dream Edition trim of its Air sedan, which began deliveries last fall.

It has since been followed by the Air Grand Touring, which is slowly but surely making its way to early reservation holders. However, supply chain issues have put a massive damper on Lucid’s output – it has already lowered its production expectations for 2022, now aiming for 12,000–14,000 Air EVs.

While the demand remains strong, Lucid Motors is still struggling to ramp up its assembly lines and will be increasing the prices of all Air trims beginning June 1 to account for its supply chain headache.

In February, Lucid Motors issued its first recall affecting roughly 200 Air sedans from a potential issue with the installation of the front strut damper in the suspension. To add insult to injury, Lucid has issued a second recall, realistically affecting every Air produced to date.

Tip of the hat to Barry at Lucid Insider for putting this recall on our radar this morning. Lucid recently began sending emails out to new Air customs about the recall, which specifically pertains to the Ethernet wiring harness for the Glass Cockpit instrument panel. The blog reported the following description of the faulty assembly according to Lucid:

The harness can become damaged by rubbing against another part of the vehicle, and disable the display screens. Disabled display screens will not show critical information, such as speed, gear selection indicators, warning lights, and other in-vehicle notifications, which can increase the risk of a crash.

Naturally, we reached out to Lucid Motors ourselves and received this official statement from a spokesperson:

Lucid is recalling certain model year 2022 Lucid Air vehicles because of the possibility that the wired data connection to the instrument panel may not have been secured properly during assembly. Lucid is not aware of any instances when these components have failed in a vehicle or caused an interruption to the instrument display panel.

For Lucid, the safety of our customers and their families is the highest priority, and we are working to resolve this issue as quickly as is possible. Lucid Service Centers and Lucid’s Mobile Service fleet have already begun inspecting vehicles, and we have inventory of parts if needed. Lucid customers with questions are invited to contact Lucid Customer Care at 1-888-99LUCID.

When we asked how many Air vehicles this recall affects, Lucid told us 1,117. Doing some simple math based on the 485 confirmed deliveries to date as of the end of Q1 2022, it’s safe to say this recall affects nearly every Lucid Air produced to date.

For current Lucid Air owners, the recall inspection takes roughly 30 minutes. If a repair is necessary, Lucid Motors stated that the entire process takes about eight hours and can be done at any Lucid Service Center.

The sheer number of Lucid Airs affected is a tell that, despite the current recall, the automaker is making strides in production ramp-up, already doubling its number of EVs produced since the end of March.