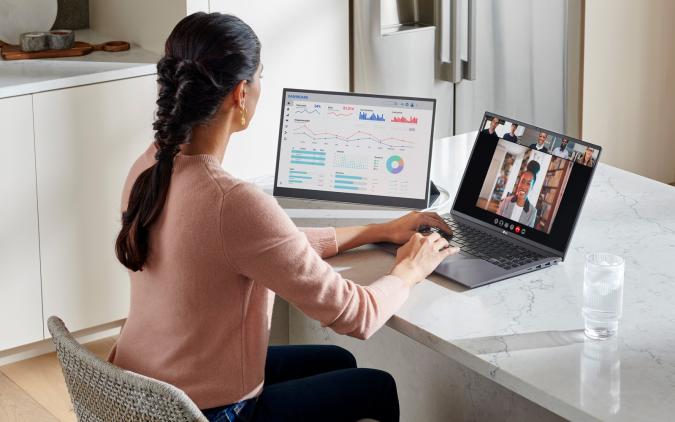 As with many other PC manufacturers, LG is gradually updating its laptop lineup with the latest processors from Intel and AMD. On Monday, the same day Apple announced its new M2 MacBook Air, the company refreshed its ultraportable Gram lineup with Intel’s 12th-gen Core CPUs.

As of today, all six models in the family, including the Gram 15 and both the 14- and 16-inch Gram 2-in-1s, come with Intel’s new Alder Lake chips. Additionally, you can now configure the laptops with up to 32GB of 5,200MHz DDR5 RAM. Also new to the lineup is support for PCIe Gen 4 NVMe SSD drives, with the entire family offering two slots for storage.

Outside of an internal spec bump, the most noteworthy change to the Gram lineup is the addition of LG Glance, a display tool the company added with help from Mirametrix. The technology enables a handful of new features. To start, the laptop’s screen will automatically lock when you walk away and blur when the computer notices someone looking at your screen over your shoulder. And if you connect an external display to one of LG’s new laptops, they will also automatically move your cursor to whatever screen you’re currently looking at – which sounds like it would be incredibly jarring. You can see the Glance functionality in action in the video below.

As before, the Grams come with 16:10 displays to give you slightly more screen real estate for productivity tasks. LG is sticking with IPS panels for the entire lineup, with the standard models offering up to 350 nits of brightness and the 2-in-1s maxing out at 300 nits, but they feature a new anti-glare coating for fewer distracting reflections.