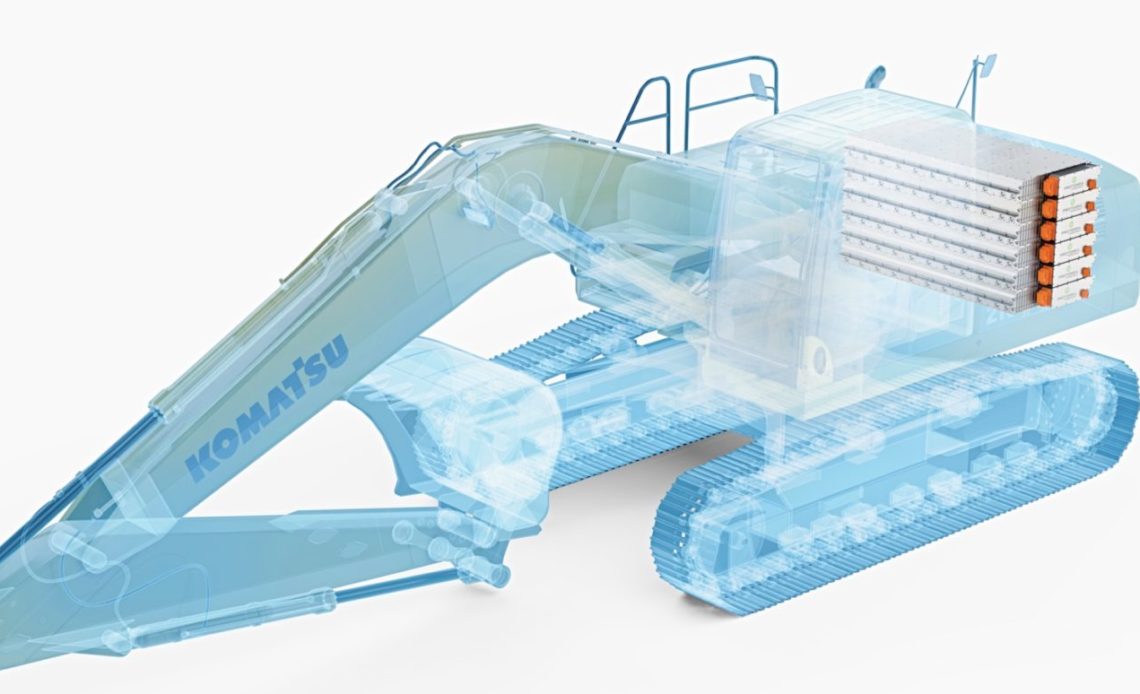 The construction equipment giant and the electric bus maker announced the partnership in a joint press release this week:

It’s the first time that Proterra’s battery technology will make its way into construction equipment.

Komatsu plans to have a battery-powered prototype of its first electric excavator by the end of the year, and it is aiming for production and commercialization in 2023 to 2024.

“As more communities embrace a zero-emission future, Proterra is excited to partner with Komatsu to develop battery-electric construction equipment. Proterra’s best-in-class battery technology has been proven in 16 million miles driven by our fleet of transit vehicles. What’s working in our battery-electric transit vehicles on roads across North America can work off-road, too. We look forward to collaborating with Komatsu to deliver the benefits of emissions free, quiet Proterra Powered vehicles to more communities around the world.”

Proterra, which recently moved to become a public company, is bringing some rare experience in building very large battery packs that go into electric vehicles.

Their electric buses are equipped with battery packs holding hundreds of kWh in energy capacity.

Electric construction equipment of the size that Komatsu is planning is going to need large battery systems like that.

It’s not just passenger vehicles that are getting electrified. Many other industries are also looking at advancements in batteries and electric powertrains and starting to see how it could benefit them.

Wouldn’t it be nice to reduce emissions and noise pollution and cut down on fuel costs at construction sites? Electric machinery can do that.

Komatsu looking to electrify its equipment is a big deal considering the size of the company, but they are not alone doing it.

Volvo Construction Equipment (Volvo CE) has been early in pushing for the electrification of construction equipment.

In 2018, we reported on the company unveiling several new electric prototypes for an all-electric quarry project.

In 2019, they announced that they will stop development of diesel engine-based compact wheel loaders and compact excavators in order to sell electric versions instead.

Now, more construction equipment companies could be going into electrification.