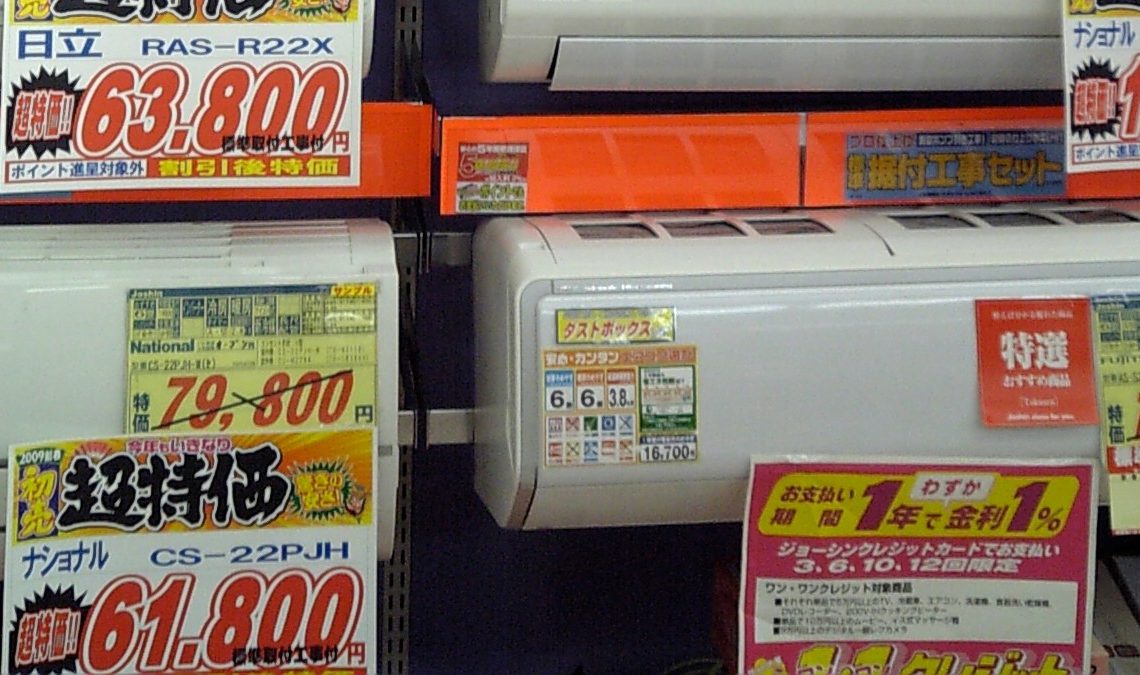 The Japanese government is discussing the possibility of remotely controlling privately owned ACs and water heaters in order to avoid power outages as the country switches to renewables.

A solution for power outages in Japan?

Nihon Keizai Shimbun reports that the Japanese government’s Energy Conservation Subcommittee of the Ministry of Economy, Trade, and Industry is considering measures to encourage the adoption of air conditioners and water heaters that can be adjusted remotely – so that the government itself can turn them up or down when it deems necessary.

According to the article’s English translation, the Japanese government states:

As the introduction of renewable energy, whose output is affected by the climate, is progressing, we aim to stabilize the supply and demand of electricity.

Power outages can occur if demand and supply do not always match. There is a need to expand the introduction of renewable energy toward decarbonization, but output fluctuates according to the climate and is difficult to adjust. Even if renewable energy cannot generate electricity, there is a limit to what can be done with thermal power generation alone, and it will be necessary to reduce power consumption and supplement it with storage batteries.

In Japan, which is cold in the winter and hot and humid in the summer, air conditioners account for around 30% of household power consumption. And, this program wouldn’t be hard to roll out, as Japanese HVAC and water heater units generally come with smart controls anyway.

But before you think that this sounds like governmental overreach, the Japan Times points out that “the committee is currently working under the concept that the government would only be able to turn down AC units if their individual owners have agreed, in advance, to grant that authority.”

Imagine if this idea was floated in Texas. LOL. (Just kidding.)

The Japanese government’s idea is misguided, but not because of wanting to remotely control people’s HVAC systems who voluntarily sign up to have them controlled.

Here in Vermont, we’ve got the Bring Your Own Device program, where we can sign up to allow Green Mountain Power to tap into our home batteries in order to stabilize the grid. (I’ll sign up once I get my solar system in place.)

The Japanese government’s idea is misguided because it just seems unnecessary. What I find baffling is that the government, which has a target of 53 GW of solar PV capacity by 2030 and a target of meeting 10% of total domestic primary energy demand with solar by 2050, wants to protect the grid with this “solution” as it (not very rapidly) rolls over to renewables.

Japan should always pair solar with storage and work to upgrade its eastern and western grids as quickly as possible to avoid power outages. The government’s quote above makes storage sound like it’s a last resort, but it should go hand in hand with solar.

If you live in Japan and you know why this latest program idea is a better solution rather than battery deployment, let me know down in the comments below.