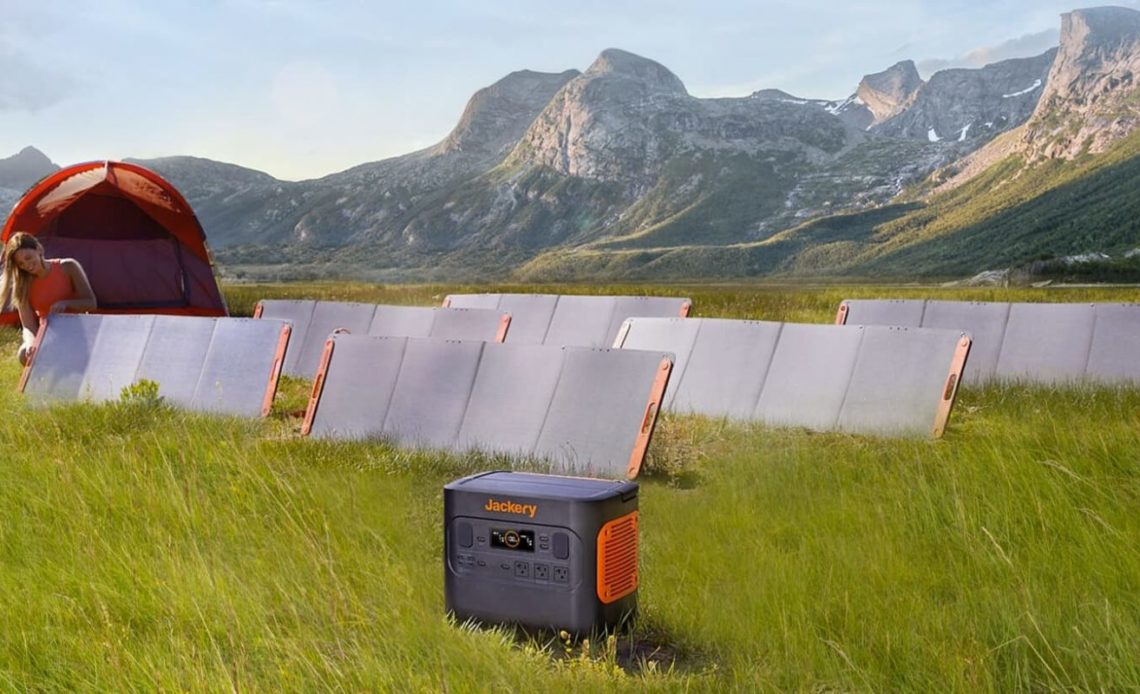 The just-unveiled package offers more storage capacity and a faster solar charge rate than any other unit from Jackery so far.

It’s based on the Jackery Explorer 2000 Pro, which is a portable power station touting 2,160 Wh of storage capacity from its 21700-based internal battery, plus an AC power output of 2,200 W.

With three 100VAC outlets, plus a pair of USB-A and USB-C outlets, it should be able to power almost anything you can bring with you camping or off-grid.

But to turn that power station into a true solar generator, Jackery paired it with a total of six of its big ol’ 200W folding solar panels.

The SolarSaga 200 panels combine to offer 1,200W of solar input to the power station, which Jackery says can recharge the device in just 2.5 hours of sunlight.

The panels are foldable to knock down when not in use. They feature a pop-out stand for angling them toward the sun and have a zippered pocket for storing the built-in charging cord.

The Jackery Solar Generator 2000 Pro includes a number of parallel connectors to combine the six solar panels into one large solar array that inputs power to the base station.

It’s a lot of kit that offers a lot of possibilities, and as you might have guessed, also costs a lot of dough. The whole thing will set you back $6,199 for the power station and 1,200W of solar panels.

Grabbing the power station with fewer solar panels drops the price significantly, down to as low as $3,599 with just 400W of solar panels.

I’ve tested other Jackery power stations and solar generators in the past, including the previous largest option in the lineup: the Jackery Explorer 1500.

I was able to charge my mini electric pickup truck from the device, maintaining nearly the same amount of solar energy flowing into the base station as I was drawing out of it by charging the truck.

The whole system even packs down surprisingly small, as you can see below.