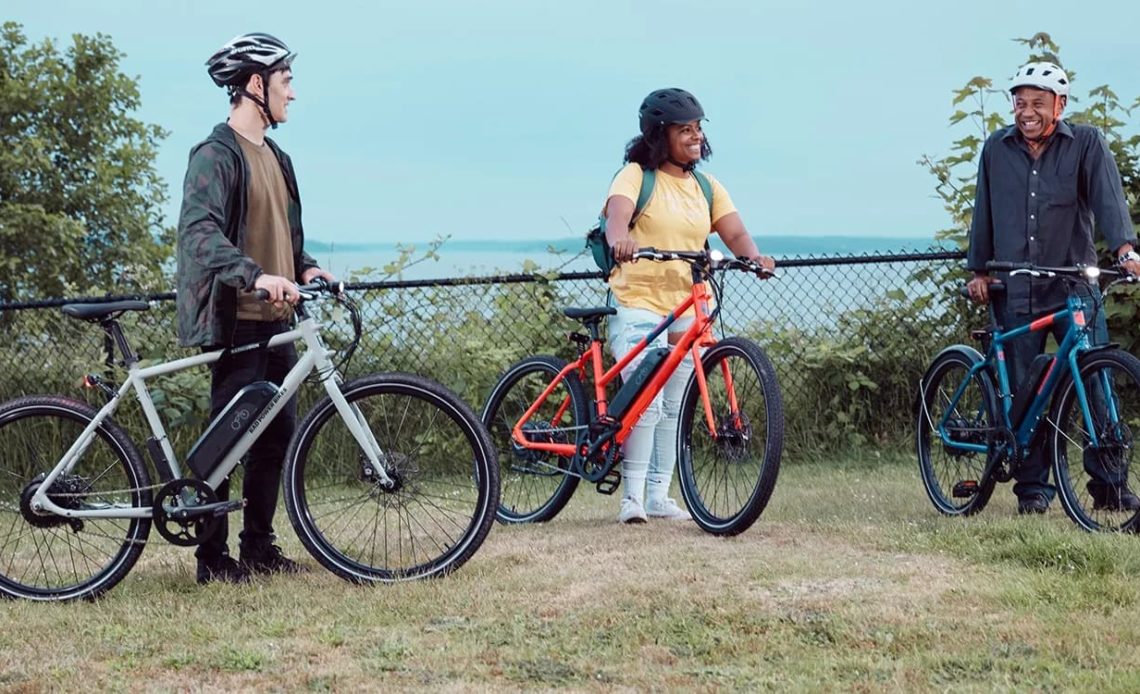 is the largest electric bicycle company in North America, meaning that when they make moves, the industry responds. And the latest move we could soon see from the Seattle, Washington-based e-bike manufacturer may be the introduction of a new low-cost electric bike to replace the RadMission.

The current entry-level electric bike model from Rad Power Bikes is the .

The RadMission is a no-frills e-bike that eschewed fancier features like digital screens and multiple gears to hit the market at a more than reasonable $999 when it was introduced in the summer of 2020.

The price managed to walk up to $1,199 over the years, but the bike still offered great specs for an entry-level price. Hitting 20 mph (32 km/h) on throttle and pedal assist with a 500W motor made it a fun e-bike for the city, and a range of between 20-40 miles (32-64 km) cemented its place as a bare bones, but well-made, commuter e-bike.

I got one of the first RadMission e-bikes ever produced and have ridden it hard ever since, including using it as an out-of-character gravel bike for off-roading – a job it was never meant to do.

Now there are several clues that this crowd favorite could soon be replaced.

It’s been over two years

The RadMission was announced in June of 2020, right in the thick of the blossoming COVID-19 pandemic.

In e-bike time, that’s like a million years ago.

Rad’s own product cycle often refreshes e-bikes after around two years, as we saw with the RadRunner 2 that followed 28 months after the original RadRunner was announced.

How long has it been since the RadMission was unveiled? 28 months.

I’m not trying to go all Da Vinci code on you guys, but c’mon!

With the RadMission surpassing its two-year anniversary this past summer, the time is ripe for an update. And considering that low-cost electric bikes are rather simple to iterate thanks to their no-bells-and-whistles designs, it won’t take the company all too long to develop a replacement. At least not as long as a more complicated bike like Rad’s flagship RadRover 6 Plus, for example.

Rad just had a fire sale to tank its inventory

It occasionally saw brief sales of $899, which caused us all to fawn over what a great deal it was.

But last month, Rad shocked the entire industry when it abruptly dropped the RadMission’s price to just $499. Jaws hit the floor so hard around the country that orthognathic surgeons are probably on boat-buying sprees right now.

It was crazy. It was wild. I already had a RadMission, and I was half ready to get another one as a spare just because the deal was that good.

Why on earth would Rad sell an e-bike for so little? That price has to be darn near at-cost for the company.

The only two reasons I could think of at the time were that the RadMission would soon be replaced and thus they needed to burn through existing inventory, or that the company massively overbought during the height of supply chain uncertainties and were now left with a warehouse full of bikes. But now the new evidence below makes it seem like the first option was correct…

The RadMission is gone and it ain’t coming back

Now the company’s RadMission page has been updated to not only show that the bike is out of stock (that’s what a $499 sale will do!), but also that the bike will not be restocked.

Could they simply be sunsetting the RadMission? Maybe.

But Rad doesn’t retire e-bikes very often. Though to be fair, it’s not unprecedented. That RadMini was recently deep-sixed when the RadExpand was unveiled as its replacement; but that was the exception at Rad, not the rule.

Generally speaking, Rad is known for pumping out new and improved versions of its e-bikes every few years, tacking on a new number. Meet the RadWagon 4, the RadRunner 2, the RadCity 5 Plus, etc.

So what could be the next low-cost Rad Power Bikes model?

That’s the question: What’s next?

Perhaps Rad really is saying goodbye to the low-cost RadMission and instead wants to focus on its higher-end electric bikes that likely come with cushier margins. Maybe low-cost competitors like Lectric eBikes have been eating Rad’s lunch on that end of the market, and the brand is tired of it.

But Rad doesn’t seem like the type of company to shy away from competition. They’ve got an e-bike in just about every e-bike space: fat tire adventure e-bikes, folding e-bikes, cargo e-bikes, commuter e-bikes, utility e-bikes, etc. Just about the only thing they don’t do is a dedicated road e-bike, but that’s because its such a high-end niche that Rad doesn’t really want to touch the lycra crowd.

Instead, my best guess is that a RadMission 2 is coming. It’s just too awesome of a platform to abandon, and it opens the door to so many new riders that want a full-size electric bike without paying a full-size price.

But then again, this is all merely conjecture. Only the folks on NW 52nd street know the real answer, and so far they aren’t talking.