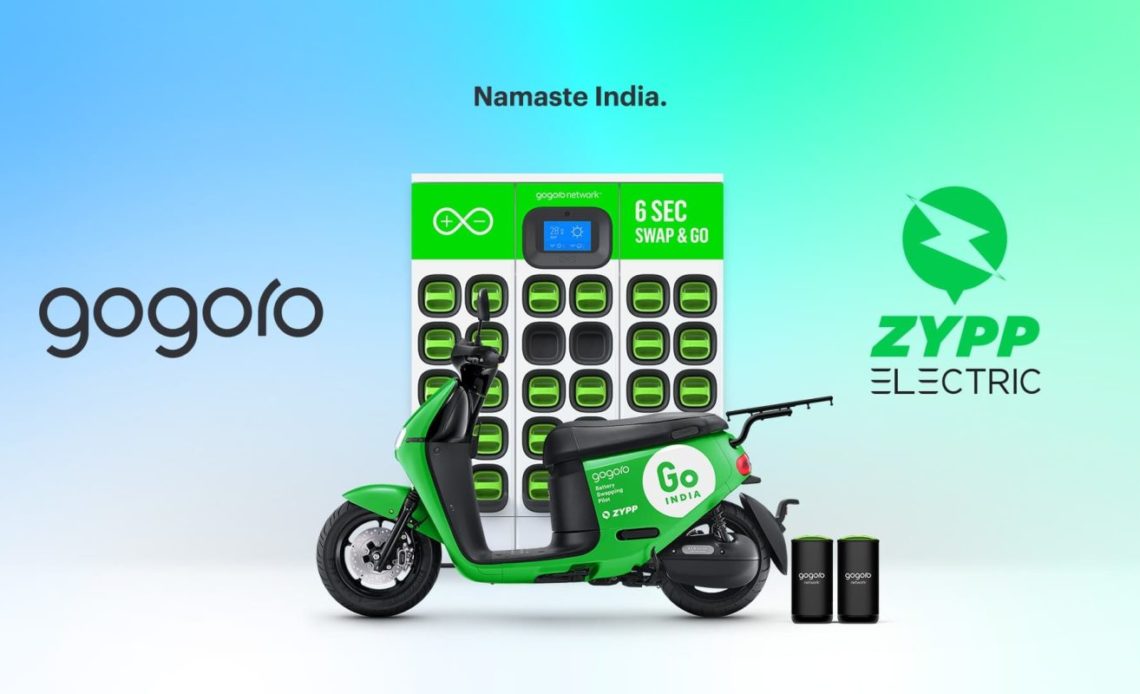 Gogoro (NASDAQ: GGR) announced today that its highly acclaimed battery-swapping system designed for electric scooters and motorbikes is ready to roll out in India next month. The announcement came as Gogoro and local EV delivery company Zypp Electric unveiled a new partnership that will see Gogoro’s batteries and scooters soon zipping around Delhi.

Zypp Electric is India’s leading EV-as-a-Service platform. The company’s mission focuses on decarbonizing last-mile deliveries in India with an ecosystem of electric vehicles and EV-based technology.

The company handles daily deliveries for everything, from local merchants to e-commerce giants, using its fleet of over 7,000 EVs.

India, like many Asian countries, relies heavily on fast and efficient two-wheeled vehicles, including scooters and motorcycles, that can weave through gridlocked traffic and take routes that are inaccessible to larger four-wheeled vehicles.

With the electric scooter and motorcycle market booming in India, Gogoro and Zypp are set to take full advantage of Gogoro’s battery swapping as an effective tool to keep those EVs on the road instead of parked at a charging station.

As Gogoro’s CEO and founder, Horace Luke, explained in a statement provided to Electrek:

We are seeing an incredible global transformation of urban transportation and energy systems to smarter, cleaner, and safer electric power, and there is nowhere it will benefit more than India. With more than 350 million battery swaps to date, Gogoro is introducing its advanced battery swapping platform in India to establish a new generation of electric two-wheel transportation that is proven, safe, and reliable.

Today, we are announcing a strategic partnership with Zypp Electric, India’s leading EV-as-a-Service platform, to launch a B2B pilot in Delhi that will enable last mile delivery fleets to begin to adopt sustainable energy and transform their businesses for the future using Gogoro battery swapping.

The entire process takes seconds and is quicker than a typical refueling stop on an ICE-powered motorcycle or scooter.

For last-mile deliveries where the vehicles are often on the road all day without time to stop and charge, battery swapping is the perfect solution.

Climate change & rising pollution are a major global concern and many world leaders are committed to bringing a change with revolutionary measures that perfectly align with our vision at Zypp Electric. We are super excited to partner with Gogoro, a like-minded global EV player stepping into the Indian market and decarbonizing Indian last-mile deliveries with Gogoro’s state-of-the-art battery swapping platform that is proven at scale to be safe, easy for riders to use, easy to deploy in cities and open to all businesses.

We expect this partnership to set an example for how a network of battery swapping stations and EVs which will create a robust EV ecosystem towards solving the last mile problem efficiently across the country.

Gogoro has previously listed India as a prime market for expansion, which makes sense, considering there are more than 200 million motorcycles and scooters currently on Indian roads.

As Burman illustrated, Gogoro has already been working with the Indian government for regulatory approvals:

Today’s strategic initiative and partnership with Zypp is a first step in validating and demonstrating Gogoro’s proven leadership in battery swapping while also learning from local businesses and riders. Gogoro is a founding member of the Indian battery swapping association (IBSA), and we are collaborating with multiple industry partners and regulatory authorities to contribute to a better India. Gogoro has been working to secure all of the relevant certifications for its batteries and battery swapping stations.

Gogoro spent the better part of six years largely focused on expanding its proven battery-swapping network within its domestic market of Taiwan. There the company operates thousands of battery-swapping stations and has seen a total of over 350 million battery swaps. Each day there are more than 250,000 battery swaps in the country. Taiwan will soon have more Gogoro GoStations than gas stations.

Over the last few years, Gogoro has set its sights on international expansion. Some countries, like Indonesia, India, and Singapore, are seeing B2B operations like the one announced today with Zypp Electric.

But just a few months ago, Gogoro launched its first consumer retail expansion when it entered the Israeli market, offering its electric scooters for sale to riders who now subscribe to Gogoro’s battery-swapping network.

I actually got one of the first Gogoro scooters in Israel (above), and I’ve already made a half dozen or so battery swaps in Tel Aviv, where the distributed swap stations are never more than 2 miles (3.2 km) from riders. With ranges of up to 60 miles (100 km) in the city, running out of charge is a nonissue.

Now that Gogoro is proving its system both at home and abroad, further expansion of the leading battery-swapping company looks all but certain.