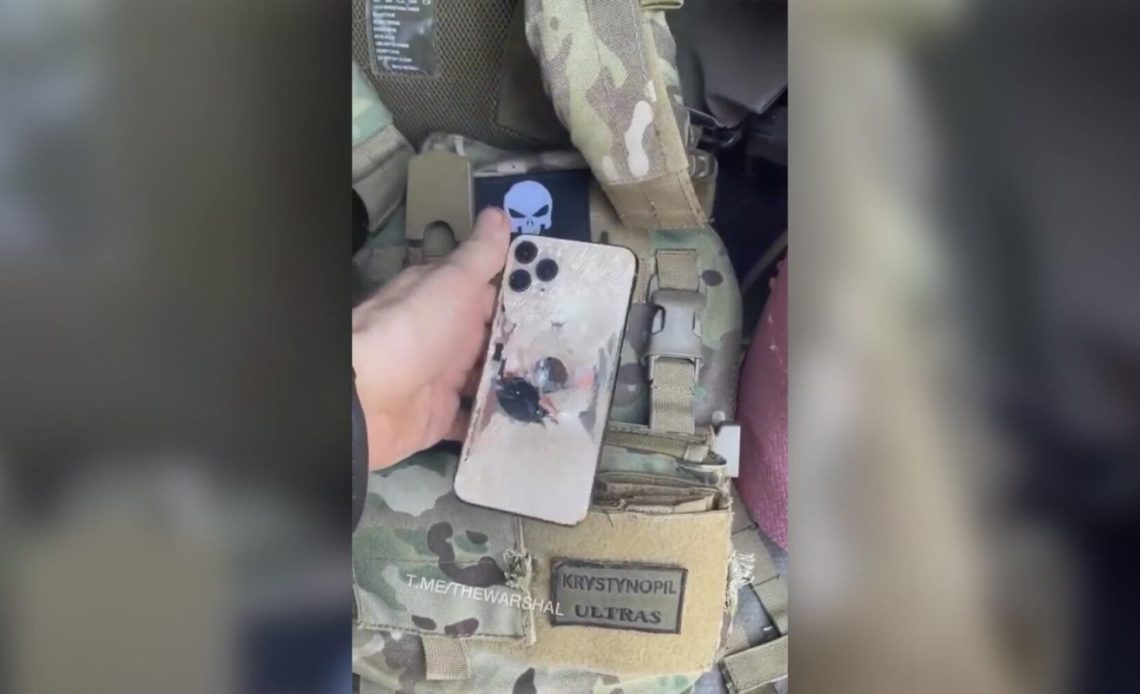 Apple devices like Apple Watch and iPhone have saved lots of lives with features like ECGs, SOS emergency calling, Fall Detection, and more. But it’s much rarer for the physical device to offer protection. In a recent video, an iPhone has been credited with stopping a bullet, saving a Ukrainian soldier’s life.

Pulled out of a soldier’s vest, the iPhone took an impact in the center of the back of the device and it appears the bullet didn’t fully pierce through – but fully shattered the smartphone.

In the video, the iPhone is pulled from an outside pocket of the vest. It’s unclear if the body armor would have protected the soldier if the iPhone hadn’t been there.

Of course, there’s no way to know for sure if it was actually the iPhone that stopped the bullet or if events happened as presented in the video. But it is certainly an incredible scenario if true!

In one of the videos, a rough translation says: “Look, that how IPhones save lives. I don’t hint volunteers, but result is obvious. Bohdan stills alive. How are you after that?”

See the iPhone that allegedly stopped a bullet in the second video below:

What do you think? Do you believe this iPhone stopped a bullet? Or does it seem like a fabricated video looking to go viral? Share your thoughts in the comments below!