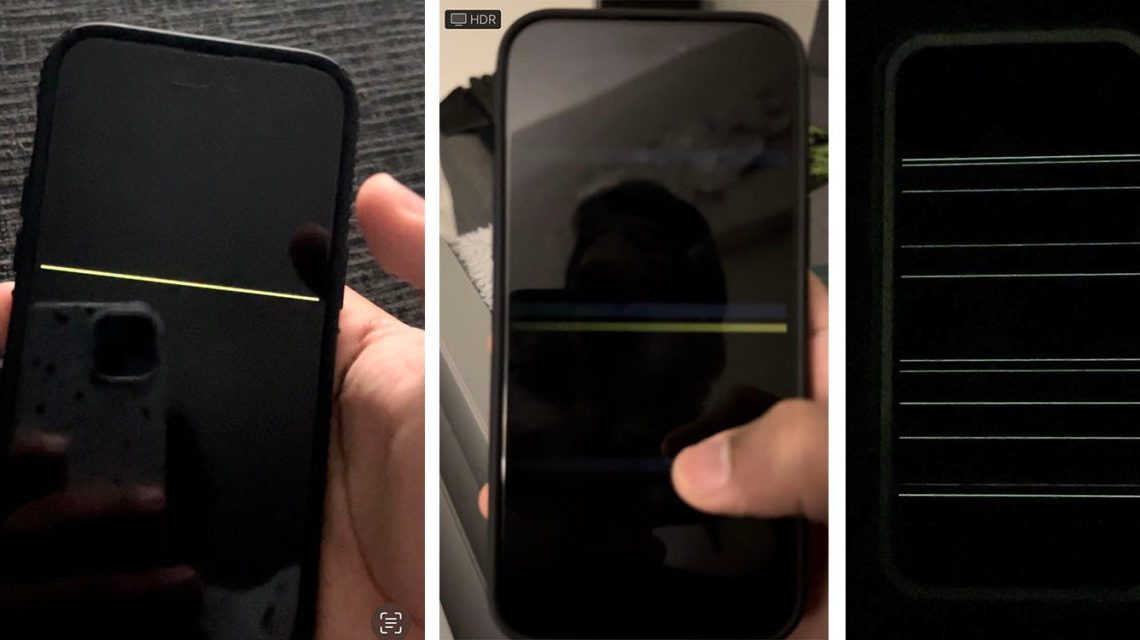 If you’ve found your iPhone 14 showing horizontal lines across the screen when waking from sleep or starting up, Apple says you can rest easy: It’s not a hardware issue.

The glitch – which mostly appears to affect the iPhone 14 Pro Max – is apparently a software issue, so it’s just a question of waiting for an iOS update to fix it …

A significant number of people are reporting the issue on Reddit and elsewhere. The number and colors of the horizontal lines appears to vary.

“I got the same issue. But I noticed it occurs more often when you watch videos before your screen turns off. So when you wake up it later, it makes green lines.”

“I have similar issue on my new IPhone 14 pro max. Received this morning.”

“For me the lines even shown once after i turned on the phone as soon as the apple logo screen appeared. The lines disappeared after 1 second.”

“Mine is doing the same thing except it’s a single white line across the screen when waking up the device.”

Both the original poster and some others in the Reddit post have taken their phones to an Apple Store for diagnostics, and each has been told that there is no hardware fault. Instead, says Apple, it’s an iOS glitch.

“I took it to Apple, and they ran diagnostics, and everything came back fine (green). The technician told me that there isn’t an issue with the hardware, that it has to do the software.”

“Apple support asked to DM and they run tests by taking serial number [to run remote tests] and confirmed its not an hardware issue.

“Apple support member said ‘We are aware of the issue and this is due to the drivers […] It’s definitely a software issue and an update is expected to come soon.”

So far, there seems to be no consistent fix available until Apple issues an iOS update to resolve it. Things that people have tried with varying success include:

Some are suggesting that the issue only affects iPhones with an LG display, rather than a Samsung one. While some suspected a bug in the iOS 16.2 beta, others are seeing the problem in other versions of iOS 16, so this does not appear to be the culprit.

We’ve reached out to Apple for more information, and will update with any response.