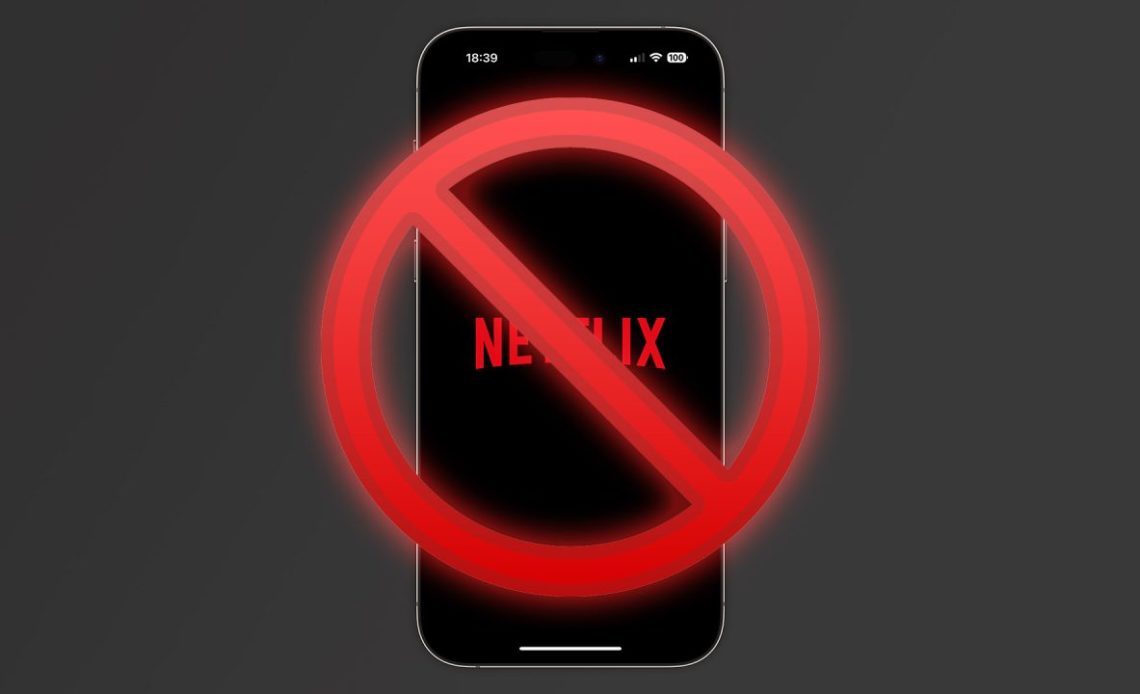 A few months ago, many users noticed that AirPlay on older Apple TV models no longer works with DRM-restricted content after the iOS 16 update. However, it seems that the problem goes far beyond that, as there are reports that such content can no longer be played using HDMI adapters as well.

Streaming apps no longer work with HDMI adapter in iOS 16

According to posts made on the Apple Discussion Forums, iPhone and iPad users can no longer watch video from streaming platforms like Netflix, Amazon Prime Video, and HBO Max on a TV using an HDMI adapter. Users claim that the adapter can still mirror the device’s screen, but the screen goes black when they try to play any DRM-restricted video.

Earlier today, a Reddit user reported that Netflix support confirmed to him that it is no longer possible to watch the platform’s movies and shows using an HDMI adapter on a device running iOS 16, and that this is not going to change.

I just chatted with Netflix support about HDMI not working after iOS 16. They stated they have made the decision to no longer support HDMI. For those of us who live remote, and even only 12 miles out of town but can’t get internet, the phone is how I watch.

But as mentioned before, this problem doesn’t seem to be specific to Netflix. In fact, it may be related to what caused AirPlay of DRM-restricted content to stop working on older models of Apple TV. As soon as iOS 16 was released to the public, users noticed that they could no longer stream content from Netflix and other streaming apps over AirPlay to an Apple TV running old software.

If you attempt to AirPlay a movie or TV show from one of those services to an Apple TV 2 or Apple TV 3, you’ll be presented with a vague error message: “There was an error loading this content. Try again later.” Testing with an iOS 15.7 device, AirPlay still works with the Apple TV 2 and Apple TV 3, even with DRM-restricted content.

It’s unclear what exactly has changed since Apple has never said anything about it. However, it seems that iOS 16 has a new version of DRM that is incompatible with old devices. For those unfamiliar, DRM or Digital Rights Management is a technology that protects digital media from being copied and distributed without permission.

Over time, DRM gets updates that improve the efficiency of the technology, but this also affects devices that no longer receive software updates (or in this case, the firmware of older HDMI adapters). Unfortunately, there’s no easy workaround available for affected users at this point. The good news is that those using a USB-C external display with the iPad can still watch DRM-restricted content – for now.

Have you been affected by this issue? Let us know in the comments section below.