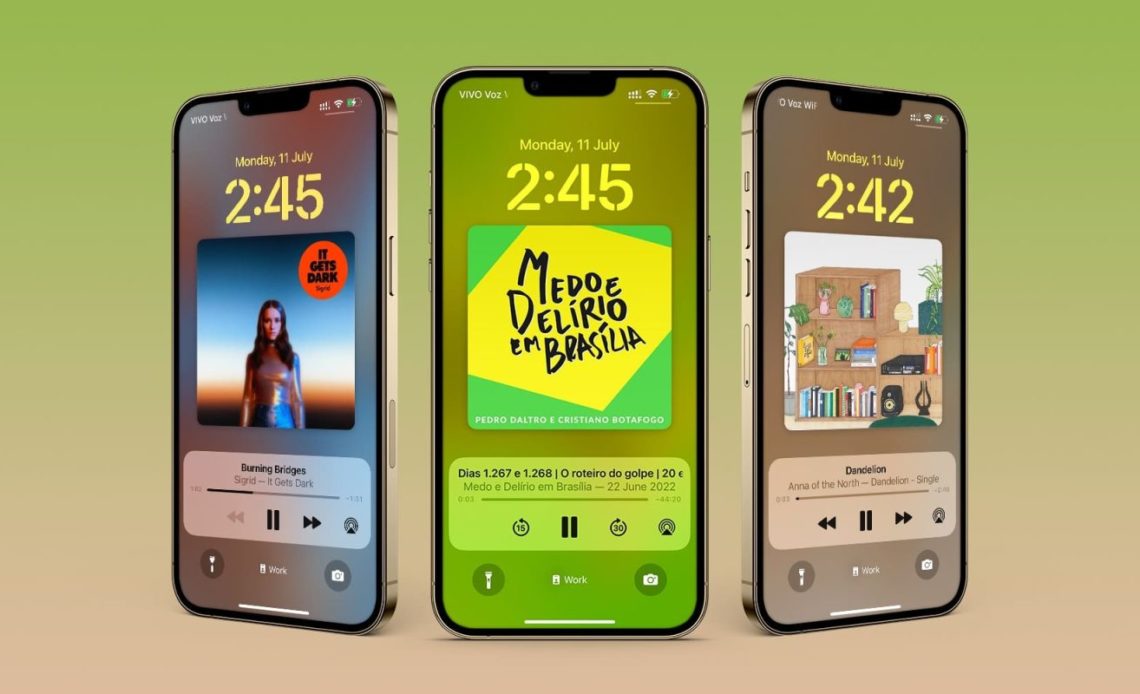 Teased during the WWDC 2022 keynote, iOS 16 beta 3 revised build – and public beta version – adds music and podcast preview on the Lock Screen. Users just need to tap the cover of a song on Apple Music, Spotify, or a podcast while the iPhone is locked, and the preview takes over the screen.

This feature is part of the revamped Lock Screen experience that iOS 16 is bringing. You can customize the font, color, or placement of elements on your Lock Screen by tapping the element. There are new font styles and color choices that allow you to customize the look of the date and time.

In addition, the notifications appear from bottom to top with iOS 16. With the revised build of iOS 16 and its public beta version now released, users can also see the full preview of music or podcast.

It’s important to note that, as of now, the volume control is currently missing from the Lock Screen – which appears to be a feature and not a bug. The only way to make the volume control appear is by AirPlaying a song or podcast through a HomePod.

In addition, as you can see in 9to5Mac‘s feature image, the music/podcast preview on the Lock Screen works with Apple Music, Apple Podcasts, and third-party applications such as Spotify.

Still talking about iOS 16’s new Lock Screen, it’s also deeply integrated with Focus Mode. With its second iteration, depending on your Focus, you can change the Lock Screen wallpaper, style, and even widgets

What’s still missing from iOS 16 is Live Activities, which help you stay on top of things that are happening in real-time, right from your Lock Screen, such as games, an Uber ride, etc.