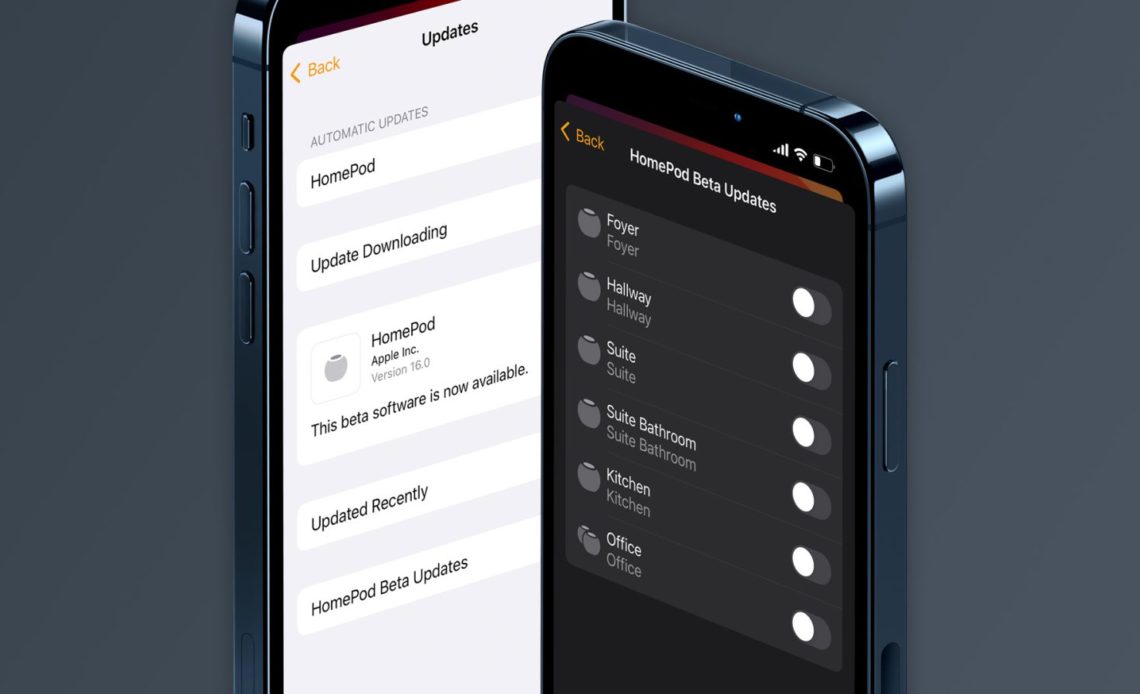 Apple on Wednesday released iOS 16 beta 2 to developers, two weeks after the first beta release of iOS 16 announced at WWDC 2022. The update brings several tweaks across the system, and interestingly, it also adds a new menu for managing HomePod beta Software in the Home app.

The menu is hidden by default and appears only when the user has a HomePod beta profile installed. This way, users can easily choose which of their HomePods will receive beta software updates. Previously, you had to set up the beta profile for each speaker in your home.

In order to choose which HomePods will receive beta software, you just have to enable the individual toggle for each speaker. Then, it should get the beta update. Turning off the toggle will stop that HomePod from receiving beta updates.

The new menu arrives ahead of new betas coming to the Apple Beta Software Program next month, which will include HomePod Software Beta for the first time. Right now, the only way to install beta software on the HomePod is by being invited through the AppleSeed program. Even developers can’t install HomePod Software 16 beta at the moment.

Interestingly, only HomePod mini devices appear in the new beta menu. Perhaps this is because the original HomePod can’t be restored on a Mac if there are any problems with the update. This suggests that the public beta of HomePod Software won’t be available for the original HomePod.

According to recent rumors, Apple has been working on a new HomePod model expected to be released sometime between late 2022 and early 2023. 9to5Mac found references to an unreleased HomePod model hidden in the iOS 16 code, which corroborates these rumors.

Details about the new HomePod are unclear at this point, but analyst Ming-Chi Kuo believes that the new model will be an incremental upgrade to the current HomePod mini.

Bloomberg’s Mark Gurman previously reported that Apple has been experimenting with HomePod prototypes combined with the Apple TV into a single product. However, it seems that this product is far from ready for the market. There are also rumors about the return of a bigger HomePod model.

It’s worth noting that iOS 16 is currently available as beta software for developers via the Apple Developer website. The official release is expected this fall.