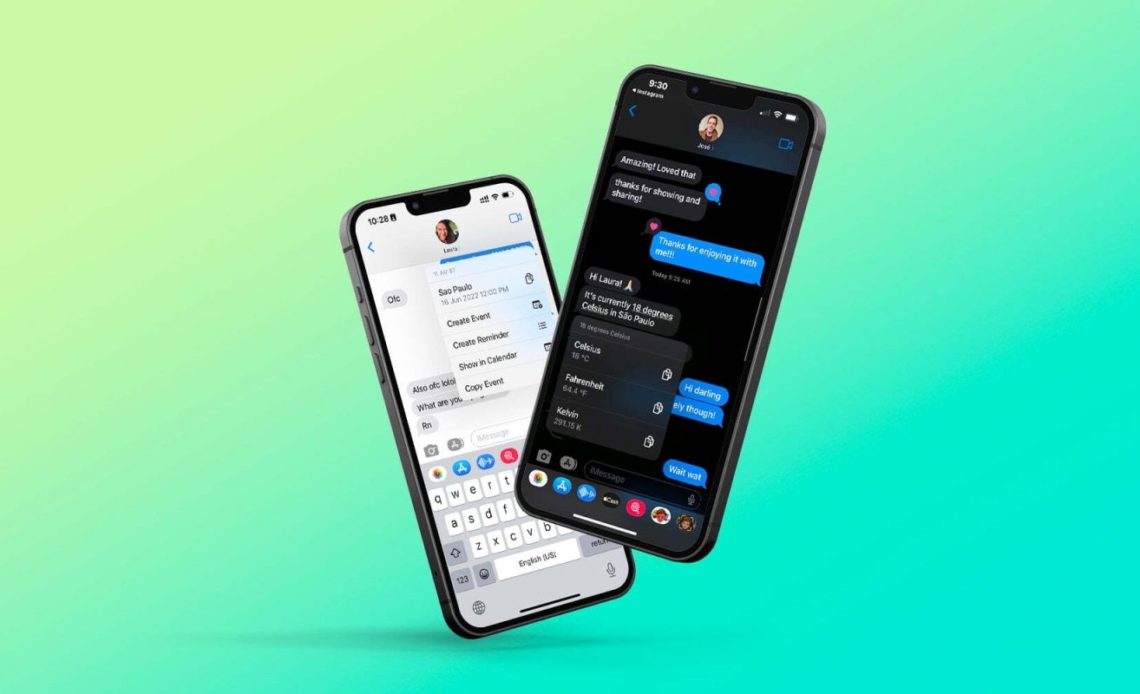 iOS 16 will bring a handful of new features. Although the revamped Lock Screen is the goal-getter for people to update to the new operating system a few months from now, Apple is adding a lot of nice functions that will make the daily usage of an iPhone even better. One of these is the ability to use built-in unit conversion on Messages, Notes, Mail, Calendar, and more.

As highlighted by Shortcuts advocate and editor in chief of MacStories, Federico Viticci, on Twitter, iOS 16 features built-in unit conversion “everywhere, including Messages.” With that, you can understand what your overseas friend or coworker sent you in a different unit measure.

In the featured image above, you can see a conversation between 9to5Mac‘s Laura Rosenberg and me. When I say it’s 18º Celsius in São Paulo, she just needs to tap on the message to see I meant 64º Fahrenheit.

The same is worth for currencies, weight, volume, distance, and time zones, in which the latter lets you also create an event, reminder, or show in the Calendar. The best part of this iOS 16 feature is that it will always show your Time Zone, currency, or temperature preferences. It will work across all the Apple apps.

This built-in feature should be available to public testers next month when Apple releases a new beta version of iOS 16. Around September, the company will release this new operating system to all users.

With it, you’ll be able to use some other amazing features, such as the ability to remove the background of an image and share it on Messages, WhatsApp, Twitter, or whatever you feel like it.

iOS 16 is full of new features, and while they’re not available to all users, there are nice apps that can help you by making your life easier. Last year, 9to5Mac covered Morpho, an app that converts pretty much any measurement in real time, and it’s very useful. Learn more about it here.

What’s your favorite iOS 16 feature so far? Share your thoughts in the comments section below.