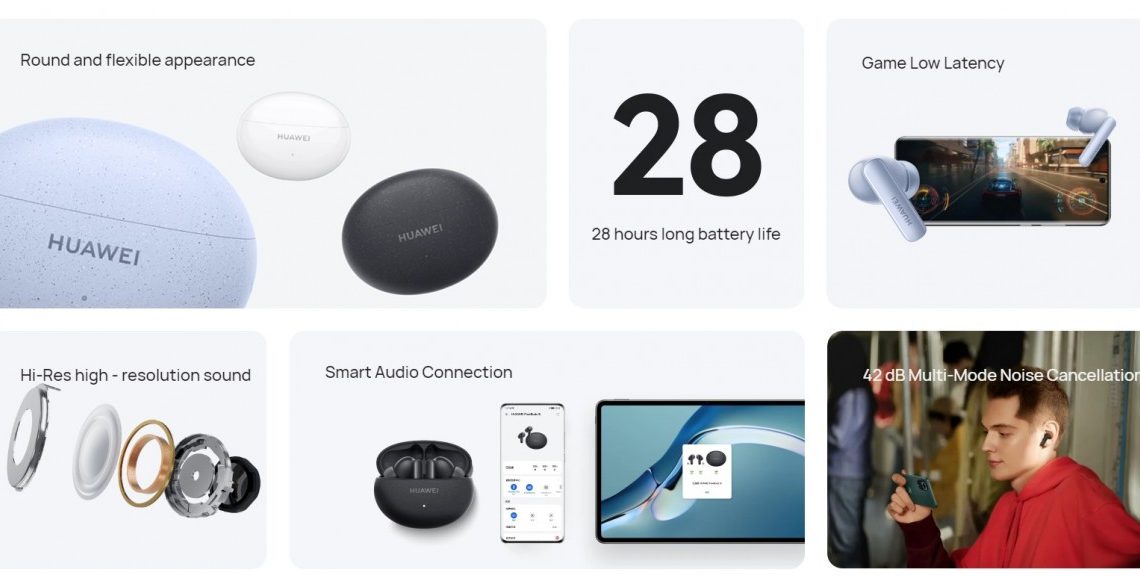 Huawei released the FreeBuds 5i in China in June and now it’s finally rolling the TWS earphones to more markets. They are now available internationally for just under £90/€100.

The Huawei FreeBuds 5i bring a massive upgrade over the FreeBuds 4i with a longer battery life, improved sound and ANC, and а lighter body while keeping also featuring an attractive design.

The FreeBuds 5i case now has a softer, pebble-like texture and weighs 34 grams, with each bud weighing just 4.6 grams. Despite the 18% lighter body, compared to the 4i, battery capacity increased dramatically to 410 mAh.

Noise reduction is said to reduce 42dB worth of noise, a couple of decibels better than the FreeBuds Pro and almost twice as good as the 4i. Once again, Huawei brought an AI-powered system that learns where the voice comes from and isolates it for calls in a noisy environment.

Huawei already sent us a pair of FreeBuds 5i in Blue, and our tests are underway. The buds come with 10-hour playback on a single charge, meaning we will need time to confirm the numbers in different scenarios with all three noise cancellation modes.