HTC Desire 22 Pro is a Metaverse-focused mid-ranger, not a return to the ‘high-end’ 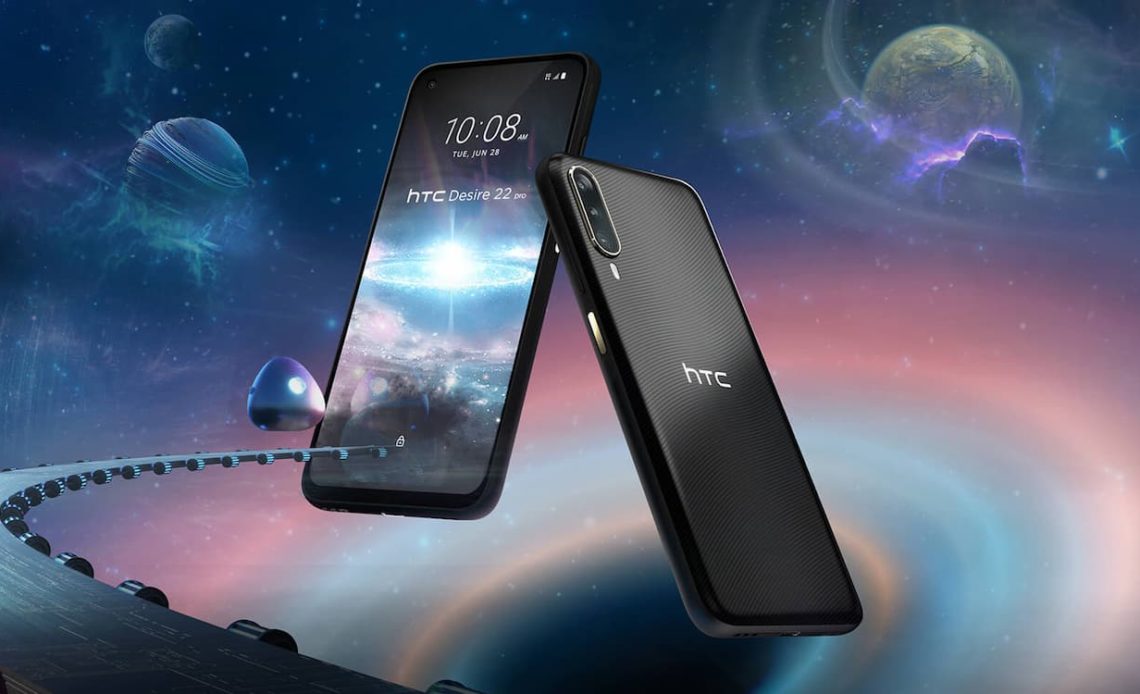 HTC was once one of the biggest names in Android, but the company has fallen by the wayside over the years. For a couple of months, there’s been a “high-end” HTC phone focused on the metaverse on the horizon, but now we’re supposedly seeing the culmination of that in the Desire 22 Pro, which is very much a mid-ranger.

HTC Desire 22 Pro is a mid-ranger by all measurements

Rumors of a new HTC device first came up around March of this year, when an HTC exec teased a “high-end” device that was on the schedule. HTC hasn’t produced a “flagship” Android smartphone since 2018, with the exception of its blockchain-focused “Exodus” device which launched in 2019.

Neither of them did particularly well.

But through that, HTC has kept up a small selection of mid-range and budget-oriented smartphones. That’s what’s being unveiled this week, and it seems to be the device HTC was teasing as “high-end,” as the company teased today’s launch date previously in the same context.

The HTC Desire 22 Pro is a £399.00 smartphone with a decidedly mid-range spec sheet to match its price. It has a Snapdragon 695 chipset that allows for 5G network connectivity, paired with 8GB of RAM and 128GB of storage. There’s a 6.6-inch FHD+ 120Hz display, and Android 12 out of the box – there’s no word on HTC’s update commitment.

Looking at the specs on paper alone, it’s not a bad offer at all. Really, it’s not far off from some like Google’s Pixel 5a.

The HTC Desire 22 Pro is up for pre-order now in the UK and ships on August 1, but is available as soon as July 1 in HTC’s home country of Taiwan.

What’s so special about it?

So, what’s the selling point on the HTC Desire 22 Pro? For HTC, it’s the metaverse.

The Desire 22 Pro is being pitched as “the phone to carry you into the future.” In particular, HTC calls it the “perfect companion” for the HTC Vive Flow headset, which is a compact VR headset that runs entirely off of a paired Android phone.

As Engadget China reports, a special “Viveverse” app is available on the Desire 22 Pro which allows HTC’s new phone to create virtual avatars and manage their “Vive Wallet” which can hold cryptocurrency assets and NFTs – sigh.