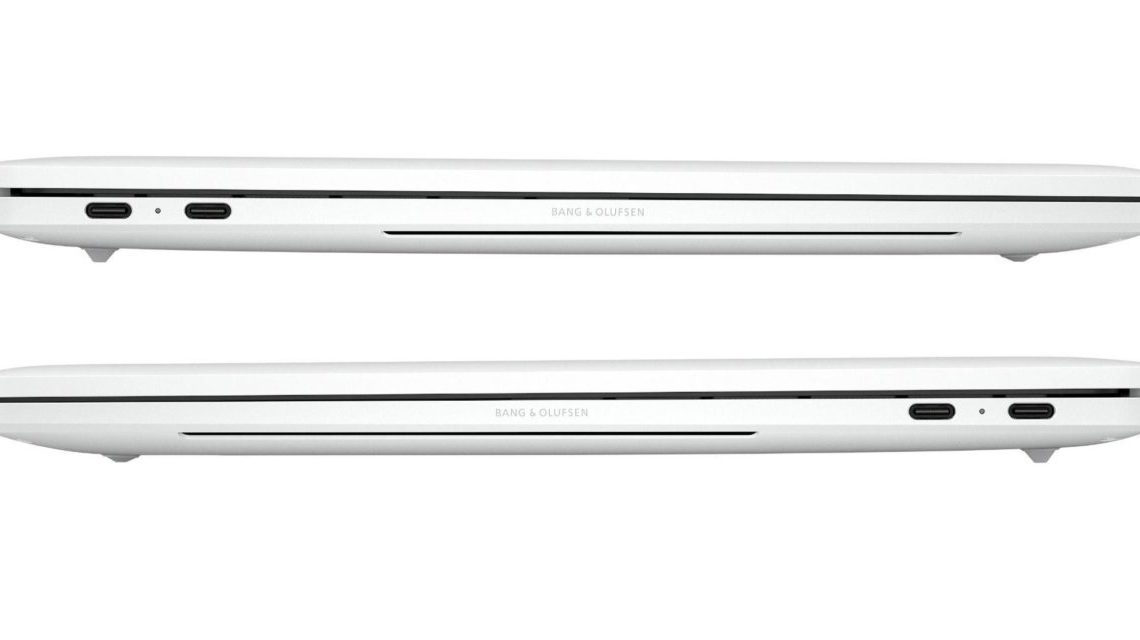 The Dragonfly Pro Chromebook starts with a slightly larger 14-inch (from 13.5 inches) LCD (2560×1600) that HP says is the “world’s brightest touchscreen display” for a ChromeOS laptop, at 1200 nits with an ambient light sensor. It’s 100% sRGB with an 87.6% screen-to-body ratio, while the company is also highlighting the “world’s first 8 MP user-facing camera in a clamshell Chromebook.”

Continuing on the superlatives, there’s a customizable RGB backlit keyboard, usually only found on gaming models. Speaker grills flank the keys and are part of a two up-firing and two down-firing system from B&O, with that brand prominently advertised on the side. Similarly, the fingerprint sensor has been moved to the function key row between the volume up and power, while the haptic trackpad makes a return.

That takes us to another major spec: four Thunderbolt 4 and USB4 Type-C connectors. There are two on each side, with those being the only available ports. It results in a very clean and uniform side profile. Compared to last year, there’s no 3.5mm headphone jack, USB-A, or HDMI.

There is a Wi-Fi 6En and BLTE 5.2 and an H1 secure controller; it is also 3.33 pounds. It’s available in Ceramic White or Sparking Black. As of today’s announcement, an LTE variant is not listed.

Pricing and availability will be announced closer to launch, which is expected this spring at HP.com.