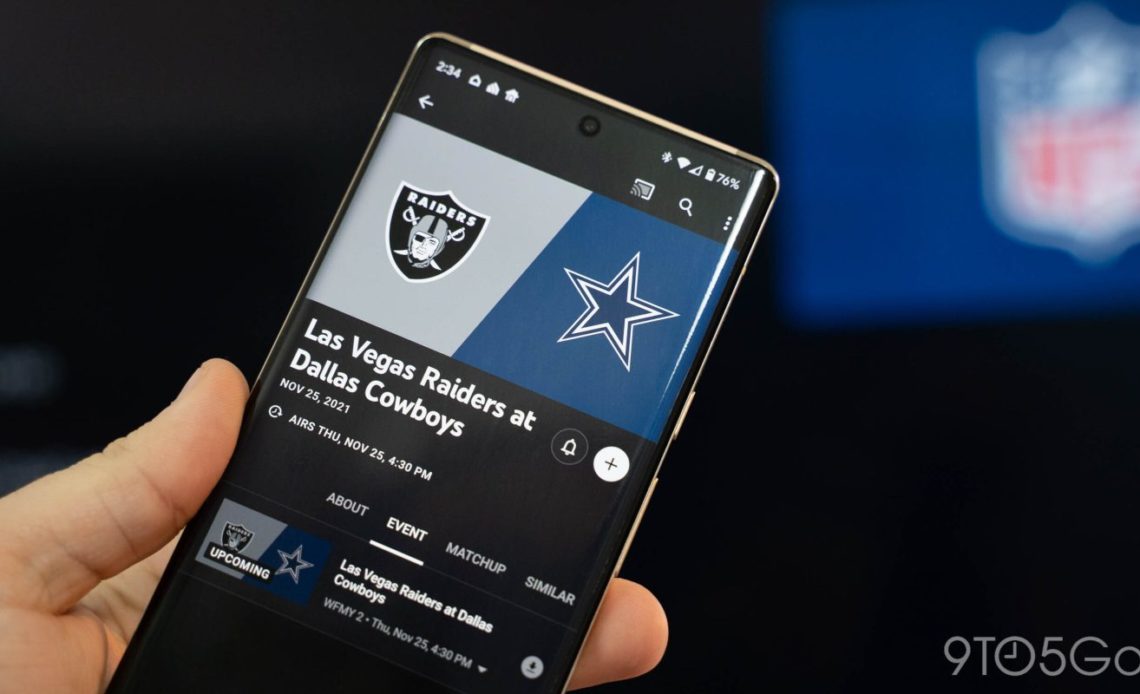 There are a couple of apps you’ll want to keep an eye on in order to watch the games. First, there’s the NFL Mobile app, which is the most likely to have the coverage of these games going. One caveat is that you’ll likely need an existing TV subscription such as DISH, Spectrum, or any other major TV provider. Additionally, if you hold an NFL app subscription, you can watch the games back after the original airing. With a YouTube TV subscription, you’ll be able to catch the Bears vs. Lions game as well.

Another place you’ll want to check is the Fox Sports app. The Chicago Bears vs. Detroit Lions Thanksgiving day football game will air with Fox today, so check the app and you’ll be able to catch the game on any device you can get the Fox Sports app on, including an Android TV.

The second game will air with CBS and feature the Las Vegas Raiders vs. the Dallas Cowboys. There are a couple of apps that will stream the game right to your Android device. Those apps would be the Yahoo Sports app, Paramount+, and the NFL Mobile app as mentioned. Unfortunately, Yahoo Sports and NFL Mobile seem to be mobile-only (as the name implies). This means they won’t work with your Android TV. These games are also available on YouTube TV via a subscription. On the other hand, Paramount+ is a great app to use to watch the 4:30 p.m. ET Thanksgiving day game on an Android device.

Paramount+ seems to be the best option because it allows for the most flexibility. Whether you want to head to Paramount+ on Google Chrome or download the Android TV app, as long as it airs locally on CBS, it’ll be available in the Live TV section of the app.

The last Thanksgiving day game will be the New Orleans Saints vs. the Buffalo Bills at 8:30 p.m. ET. This game will air through NBC on the network, which lends itself to NBC’s Android apps. Peacock TV is going to be the app of choice for this game. Available on most devices, Peacock TV will be your best bet for catching this heavyweight game.

Peacock TV can be accessed via its website or the Peacock TV app on Android devices such as an Android TV. Peacock has a lot to offer, including live sports. The major caveat is that it requires a $5 monthly subscription.

It’s also worth noting that these games can very easily be accessed via YouTube TV. Unfortunately, that means purchasing a monthly subscription at around $65 a month. While the price is high, YouTube TV offers unlimited recordings and all primetime football games as well as locally aired matches.

Overall, there’s a good chance of catching all three games on Thanksgiving day, making for an action-packed Thursday afternoon. However you choose to enjoy the games, have fun and get streaming on Android!