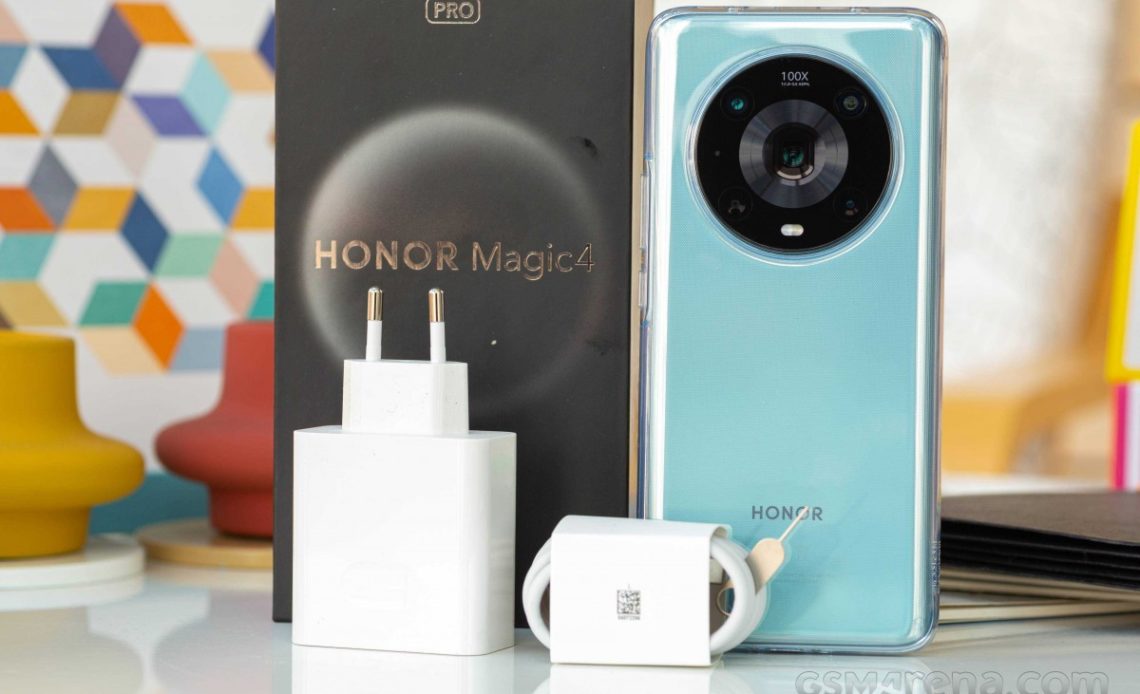 The Honor Magic4 Pro is the latest flagship of the now independent brand, and it was introduced back in February as part of the Mobile World Congress in Barcelona. Today, the smartphone is finally starting its global rollout, with its first market being the United Kingdom.

The big event also saw the official launch of the Honor X series, the Watch GS 3 and the Earbuds 3 Pro. All of those as well as the Magic4 Pro, will be listed for either direct purchase or pre-order starting tomorrow, May 13. The flagship is priced at £949.

Honor Magic4 Pro is the first flagship that’s actually being offered to global users since the brand separated from Huawei in late 2020. Some of the key features include a Snapdragon 8 Gen 1 chipset, massive 6.81” LTPO OLED and 100W wireless charging. It comes with Magic UI 6.0 on top of Android 12 and Google services.

The camera design on the back might look familiar, but the setup is entirely new – 50 MP main, 50MP ultrawide and 64MP 3.5x telephoto cameras. We had the device for a brief hands-on experience back in February, and we were impressed with the looks of the phone, as well as what the camera setup offers on paper.

Customers who pre-order the Magic4 Pro will receive a Watch GS 3 and a 100W wireless charger for free. It is worth mentioning the Honor phone ships with a 100W charger in the retail box, but if the adapter is used for the wireless stand, it will offer “only” 80W rates. For the full 100W wireless charge, you must purchase a separate 135W charger.

We already have the phone and the charger with us for a review, so we will test their performance and report back.