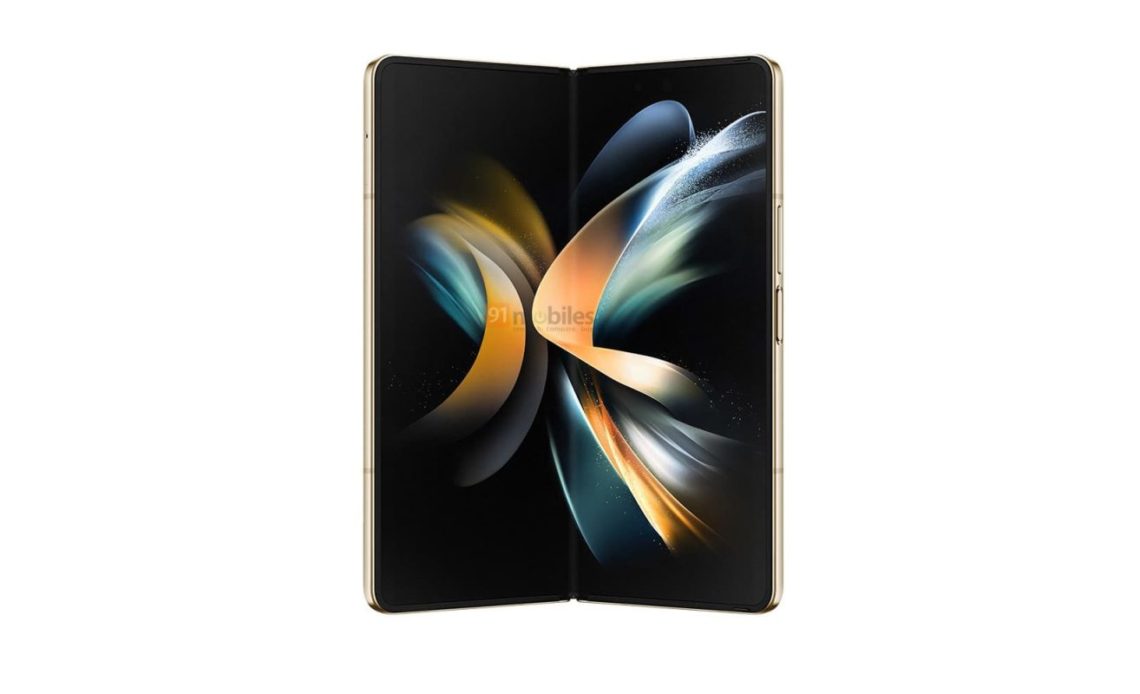 With just a few weeks to go before the official launch event, it was only a matter of time until we started getting better looks at the Galaxy Z Fold 4 and Galaxy Z Flip 4. Now, the floodgates have opened.

Over the past several hours, a deluge of leaks have given us our best looks yet at the Galaxy Z Flip 4 and Galaxy Z Fold 4 from multiple angles, in multiple colors. Let’s break it all down.

First teased by Ben Geskin last night and since passed along to PriceBaba, we get a look at an official-looking render of the Galaxy Z Fold 4, showing the device inside and out in three of its color options. We can see beige – which looks a lot like Apple’s gold iPhones – a traditional black, and the new grey that has a blue-green hue. All three look great, but of course we’re still pretty excited to see the phone in its rumored red color.

What’s especially interesting about this render in particular is that it gives us the first indication of just how much thinner the Galaxy Z Fold 4 will be. It had been rumored previously that the device would trim back its thickness thanks to a new hinge design, but this render makes the phone look almost impossibly thin. It seems likely the angle is playing tricks on our eyes, but there’s a lot to like here.

Beyond that shot, Evan Blass through 91Mobiles also posted three shots of the Fold 4 which show off the inside of the device, again in these three colorways. Samsung is expected to be working on the display crease on the Fold 4 to make it less prominent in look and feel, but it’s hard to get an accurate depiction of that from these shots – Samsung always lessens the crease in renders anyway.

Next in line, MySmartPrice published an image of the Galaxy Z Flip 4 in its four main colorways – black, blue, cream, and purple. As expected, the device of the phone looks virtually identical to the Flip 3, though it does look like the hinge is a bit thinner on closer inspection.

And again, 91Mobiles stepped in to add onto this batch with a gallery of four shots of the Galaxy Z Flip 4, all showing the inside of the device.

Samsung is set to announce the Fold 4 and Flip 4 officially at an event on August 10, as leaks and a teaser on Twitter prove. That event will give us a full look at these new foldables, as well as the Galaxy Buds 2 Pro and Galaxy Watch 5 series.