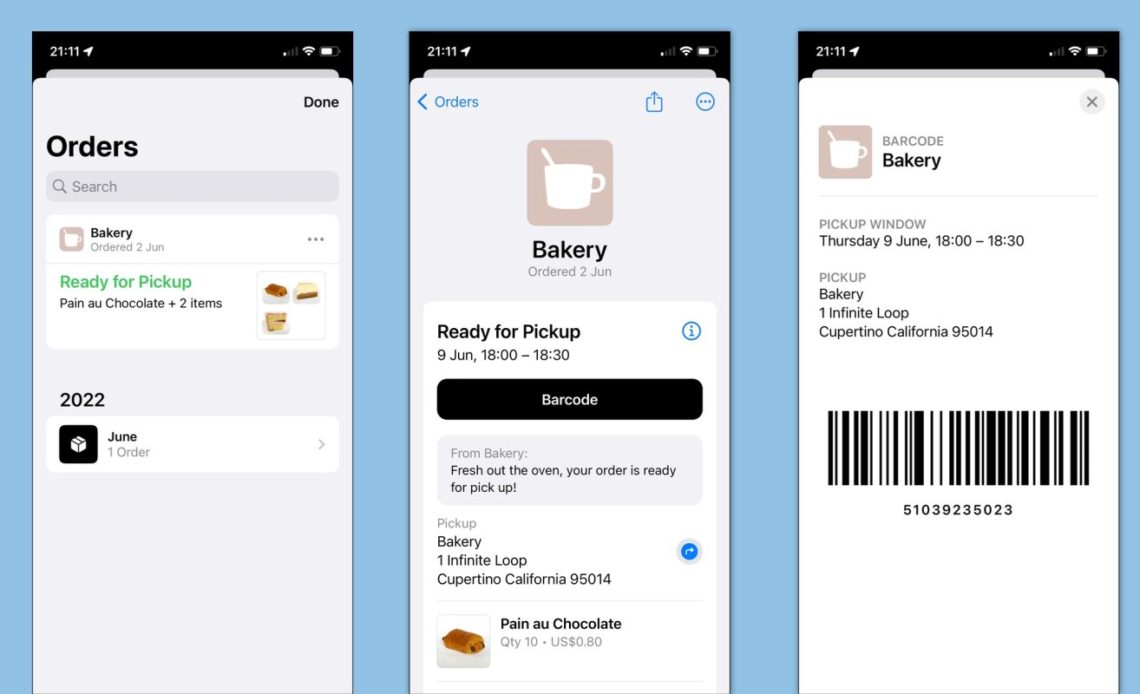 Package delivery and order tracking is one of the new features coming to the Wallet app in iOS 16. This is technically in the betas now, but no merchant partners have released support yet, so it’s essentially unusable. Hopefully, we’ll see something alongside iOS 16’s release in the fall; presumably, the Apple Store app will support it so you can track your new iPhone on your old iPhone.

However, Apple recently published sample payloads as examples in its developer documentation, which gives us our first look at the UI in the action.

When the system is live, after making a purchase at a supporting retailer, you first need to add the order to the Wallet app. This can happen automatically if you buy the product on an Apple device itself – the merchant’s website will push the order info into your Wallet. You can also add orders manually by clicking on a link.

Updates to the order are then pushed automatically to the user’s Wallet app. Supporting partners will also be able to configure push notifications to send when details about the order changes.

As shown in these screenshots, the order screen can be very richly detailed. A delivery will show its status, tracking status, summary a link to tracking, expected date of arrival, a list of items in the order with thumbnails, and more.

The example bakery order incorporates a button to view a scannable barcode to present at pickup as well as the address of the bakery with a one-tap action to navigate to that address in Maps.

Orders are saved in the Orders screen and synced through iCloud in the Wallet app so you can find them later, even months down the road. The entire process is private by design, and data is synced using end-to-end encryption, so Apple doesn’t know what your orders are.

Generating order payloads that can be viewed in the Wallet app naturally requires coordination on the behalf of the merchant to communicate with Apple’s back end. It remains to be seen how many companies will adopt the feature.

Apple has announced partnerships with Shopify, Narvar, and Route e-commerce platforms, so hopefully that will jump-start the rollout. They have pledged to roll out Wallet order tracking integrations later this year.

At the very least, you can surely expect that the Apple Store app will be updated alongside iOS 16 to support this feature. This will mean that you can track the progress of your fall Apple hardware purchases directly in the Apple Wallet app.