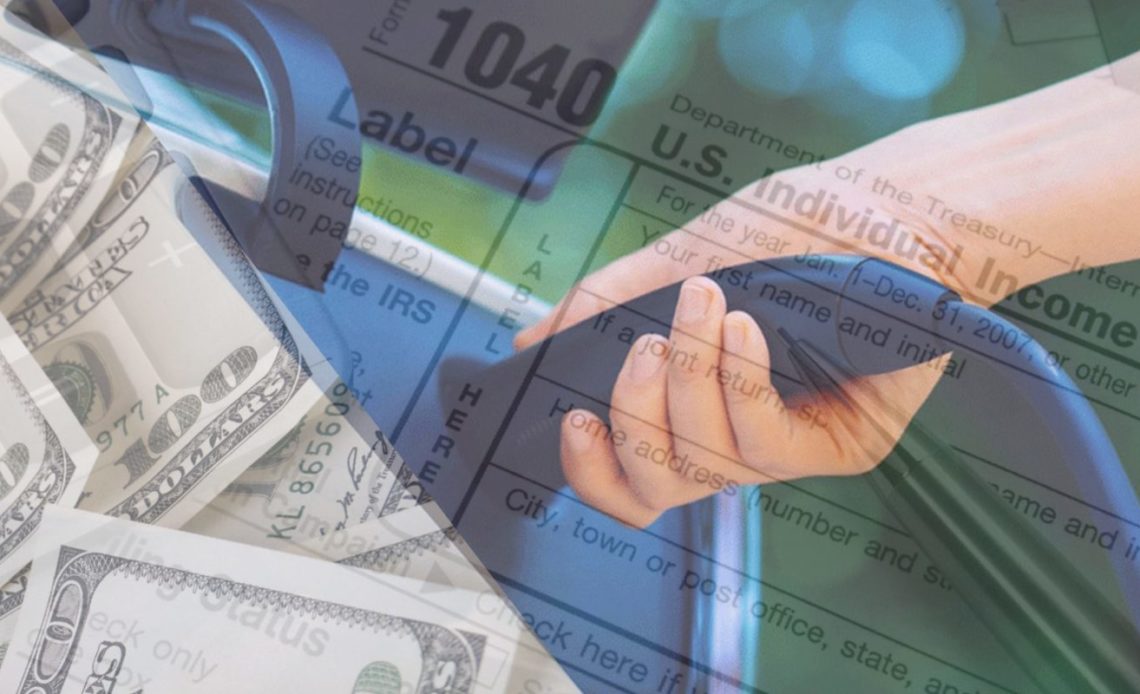 Whether you qualify is not a simple yes or no question… well, actually it sort of is, but the amount you may qualify for varies by household due to a number of different factors. Furthermore, there are other potential savings available to you that you might not even know about yet.

Luckily, we have compiled everything you need to know about tax credits for your new or current electric vehicle into one place. The goal is to help ensure you are receiving the maximum value on your carbon-conscious investment because, let’s face it, you’ve gone green and you deserve it.

How does a federal tax credit work for my EV?

The idea in theory is quite simple — “All electric and plug-in hybrid vehicles that were purchased new in or after 2010 may be eligible for a federal income tax credit of up to $7,500,” according to the US Department of Energy.

With that said, you cannot simply go out and buy an electric vehicle and expect Uncle Sam to cut $7,500 off your taxes in April. In reality, the amount you qualify for is based on both your income tax as well as the size of the electric battery in the vehicle you own. Here’s how it works.

How much is the federal tax credit?

First and foremost, it’s important to understand three little words the government slips in front of the $7,500 credit – “may” and “up to.” As in, you may qualify for up to $7,500 in federal tax credit for your electric vehicle. At first glance, this credit may sound like a simple flat rate, but that is unfortunately not the case.

For example, if you purchased a Nissan LEAF and owed say, $3,500 in income tax this year, then that is the federal tax credit you would receive. If you owed $10,000 in federal income tax, then you would qualify for the full $7,500 credit.

It’s important to note that any unused portion of the $7,500 is not available as a refund, nor as a credit for next year’s taxes. Bummer.

Hopefully you better understand how the government determines its tax credits for individuals based on your federal income tax and vehicle, but it’s important to stay aware of additional fine print. This is the US government, after all.

First, understand that these federal tax credits will not last forever, and they may have already expired for your vehicle. As the demand for electric vehicles increases, sales push certain manufacturers over the predetermined threshold of qualified sales… at least for now.

This includes US automakers like Tesla, who topped over 200,000 qualified plug-in electrics sold a few years ago, and as a result no longer qualifies for any federal tax credit. Fear not, Tesla owners, there are still ways to save money on your EV purchase! See the “tax incentives for Tesla buyers” section below.

Other automakers like General Motors have also reached that threshold and could benefit from revised legislation to reinstate the credit.. more on that later. Most recently, Toyota announced its on the verge of passing 200,000 EVs sold therefore losing eligibility for federal tax credits.

At this rate, the Japanese automaker expects to hit 200k in late June of 2022. If that is the case, credits for Toyota EVs (PHEVs rather) will be phased out gradually into 2023, so you may still qualify for a credit, but it will be dwindling on borrowed time.

Another important rule to keep in mind is that the federal tax credit cannot be passed on. This credit applies to the original registered owner only. That means any used EVs you already have or are going to purchase are immediately disqualified.

Same rules apply to any lease on an electric vehicle as well. In this case, the tax credit goes to the manufacturer that’s offering the lease to you. However, an automaker might be willing to apply the tax credit into the cost of your lease to help lower your payments, but that’s not guaranteed. It’s definitely worth an ask!

Several readers have reached out and asked if they qualify for multiple tax breaks if they purchase more than one EV in a calendar year. The short answer is yes.

However, we must preface this by relaying that the IRS is the official source for all federal tax information and responsible for administering the federal plug-in vehicle tax credits. It is best to consult with a qualified tax professional to make sure you do in fact qualify before purchasing multiple electric vehicles.

That being said, the fueleconomy.gov team was not aware of any limitations on the number of vehicles you may claim tax credits for provided that you have enough federal tax burden for that purchase year.

With that said, if two people in your household each purchase an eligible vehicle and both have $7,500 in federal tax burden, then each should be able to claim the tax credit.

If a single person purchases two eligible plug-in electric vehicles with tax credits up to $7,500 for each vehicle, they should be able to claim $15,000 in tax credits if their federal tax burden is $15,000 or more for the calendar year in which they purchased those vehicles.

Again, speak with a tax professional or the IRS to be certain this is possible.

President Biden first vowed to make the nation’s entire federal fleet all electric. Well that hasn’t quite gone to plan yet. However, the White House has introduced two bills to expand EV adoption, one of which was signed by the President and includes funding for heavily expanded EV charging infrastructure.

Previously, there were rumors that the federal tax credit would be increased to $10,000. In President Biden’s recent $174 billion investment plan for electrification, the tax credit was quickly mentioned as a reform. However, the summary remained vague about the reform – only confirming that it will not only take the form of tax rebates but also “point of sale rebates” and it will now be for “American-made EVs.”

The second and larger bill currently sill sits in Congress contain’s Biden’s “Build Back Better Act” and subsequent increases to the federal tax credit. Here’s where it currently stands.

When the aforementioned $1.2 trillion infrastructure bill was passed in November of 2021, House Speaker Nancy Pelosi had planned to also vote on the $1.75 trillion “Build Back Better Act” and the $12,500 federal EV tax credit within it.

However, a small group of moderates in the House refused to support the legislation without a cost estimate from the Congressional Budget Office (CBO). As a compromise, the House approved a procedural vote required to open Biden’s “Build Back Better Act” to passage, following an official CBO cost estimate.

While the larger infrastructure bill and social safety net did inevitably pass through the House, the Senate was unable to come to terms on a bill that garners enough votes, thus missing the President’s deadline to get Build Back Better signed before the end of 2021.

Revived EV tax credits are closer than ever

This week, the US Senate shared it is moving forward to vote on EV tax credit reform after Senator Joe Manchin took a break from huffing coal to finally agree to include investments to curb climate change.

One of the most prominent parts of the bill (to us) includes the long-awaited and fought over electric vehicle tax credit reform. In this iteration of the bill, access to the tax credit will be returned to those who have already exhausted the threshold, including Tesla, GM vehicles, and most recently Toyota.

We have learned that the reform bill (if passed) will also apply to EV delivered after December 31, 2022. Here’s the latest iteration of the terms of the bill:

You can see the terms of the deal in greater detail here. while the bill now looks promising with Senator Manchin onboard, it is not yet law until it passes through the Senate vote and hits POTUS’ desk for the final signature.

Does your electric vehicle qualify for tax credit?

Now that you understand what hurdles you may have to overcome to qualify for the federal tax credit, let’s see how much that EV in your driveway might be able to save you this year.

Please note that these qualifying vehicles are relevant at the time this post has been published. We will update this page as the vehicles and their designated credits change.

Note: Here are some of the more popular models. The US Department of Energy offers the full detailed list on its website.

So now you should know if your vehicle does in fact qualify for a federal tax credit, and how much you might be able to save.

Perhaps, however, you plan to spring for the Tesla Model S or you already drive a 2017 Chevy Bolt and no longer qualify for any tax credit… at least not quite yet. Don’t worry! Before giving up hope on your tax break quest for the year, keep in mind the other incentives offered in each state.

In additional to any federal credit you may or may not qualify for, there are a number of clean transportation laws, regulations, and funding opportunities available at the state level.

For example, in the state of California, drivers can qualify for a $2,000-$4,500 rebate or a grant up to $5,000 under the Clean Vehicle Assistance Program on top of any federal credit received (all rebate and grant amounts are based on income). Furthermore, states like California offer priority driving lanes and parking spots for EV drivers who qualify.

In New York, residents can receive either a $500 or $2,000 rebate depending on the base price of the EV purchased. Again, these incentives vary by state, and much like the federal tax credit, are contingent on multiple factors.

To check what incentives you may qualify for, the Alternative Fuels Data Center is a great resource from the US Department of Energy. This page allows you to tap or click your respective state and research what options might be available to you and your electric vehicle.

If you’re a current or prospective Tesla owner and have read this far, you’re probably not super psyched right now. Tesla’s record number of sales is great for the automaker, but not for your tax return, right?

Tesla has compiled its own database of resources by state to help its customers calculate their potential savings before they even commit to buy.

It’s also important to note that all incentives mostly apply to purchases by cash or loan only.

Tax incentives on electric vehicles are worth the research

Hopefully this post has helped to incentivize you to use the resources above to your advantage.

Whether it’s calculating potential savings or rebates before making a new EV purchase or determining what tax credits might already be available to you for your current electric vehicle, there is much to discover.

Ditching fossil fuels for greener roadways should already feel rewarding, but right now the government is willing to reward you further for your environmental efforts.

Use it to your full capability while you can, because as more and more people start going electric, the less the government will need to reward drivers.