Electric trucks like Tesla Semi will get up to $40,000 in incentives with new bill 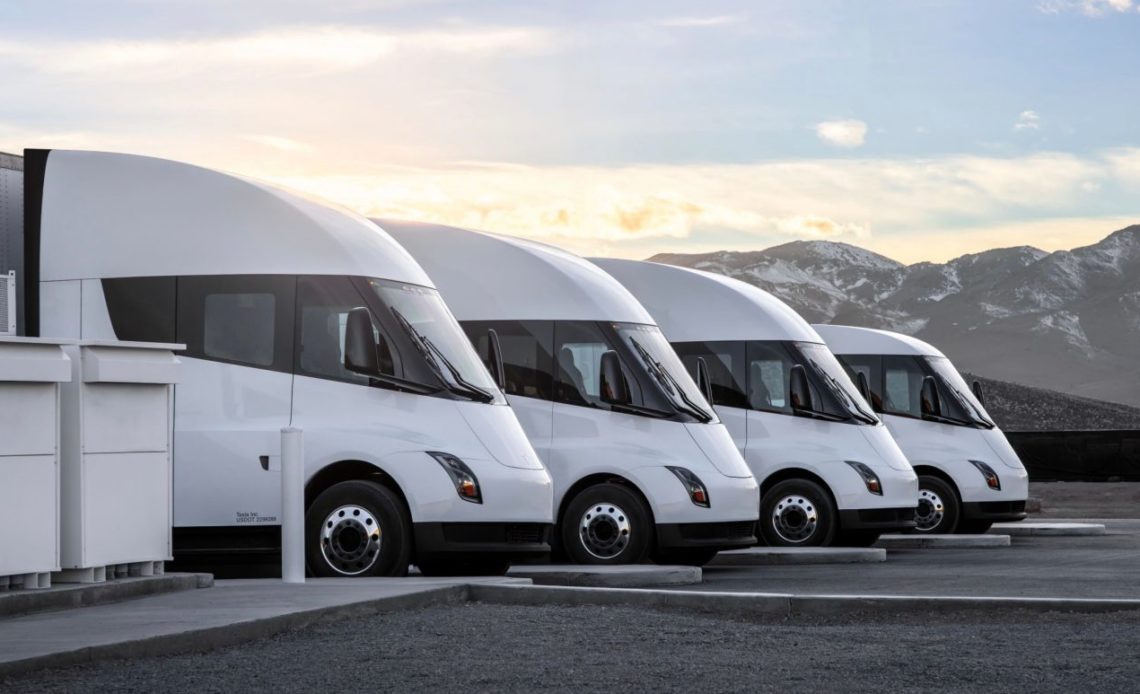 Electric trucks, like Tesla Semi or Lion Electric’s trucks, will get up to $40,000 in incentives with the new proposed “Inflation Reduction Act of 2022.”

After the “Inflation Reduction Act of 2022″ was announced in the US Senate this week, the EV community has understandbly focused on the federal EV tax credit reform; it’s going to give back access to the incentive for Tesla and GM EV buyers. There are also a lot of other requirements that should make things interesting if the bill becomes law.

This likely aims primarily toward encouraging the sales of electric semi trucks like the Tesla Semi, Daimler’s Freightliner Cascadia, and even fuel cell hydrogen electric trucks, like Nikola Motors’ vehicles.

For example, Tesla lists the Tesla Semi starting at $150,000. At that price point, the electric vehicle already has a better cost of operation per mile than diesel trucks, which dominate the trucking industry today.

A $40,000 incentive would bring the price down to $110,000, and it would make the cost per mile even more competitive; that’s going to be the federal level if the Inflation Reduction Act of 2022 is adopted, but there are also several incentives for commercial electric trucks in place at the state level in the US, in places like California for example.

However, this incentive mainly drives demand, which already wasn’t a problem for electric trucks like the Tesla Semi, which has a reservation backlog of thousands of units.

Currently, the main issue for electric trucks is ramping up production, both of the actual electric tractors and of the batteries needed to build them as each class electric semi truck would need five to 10 times more battery cells than the average electric car.