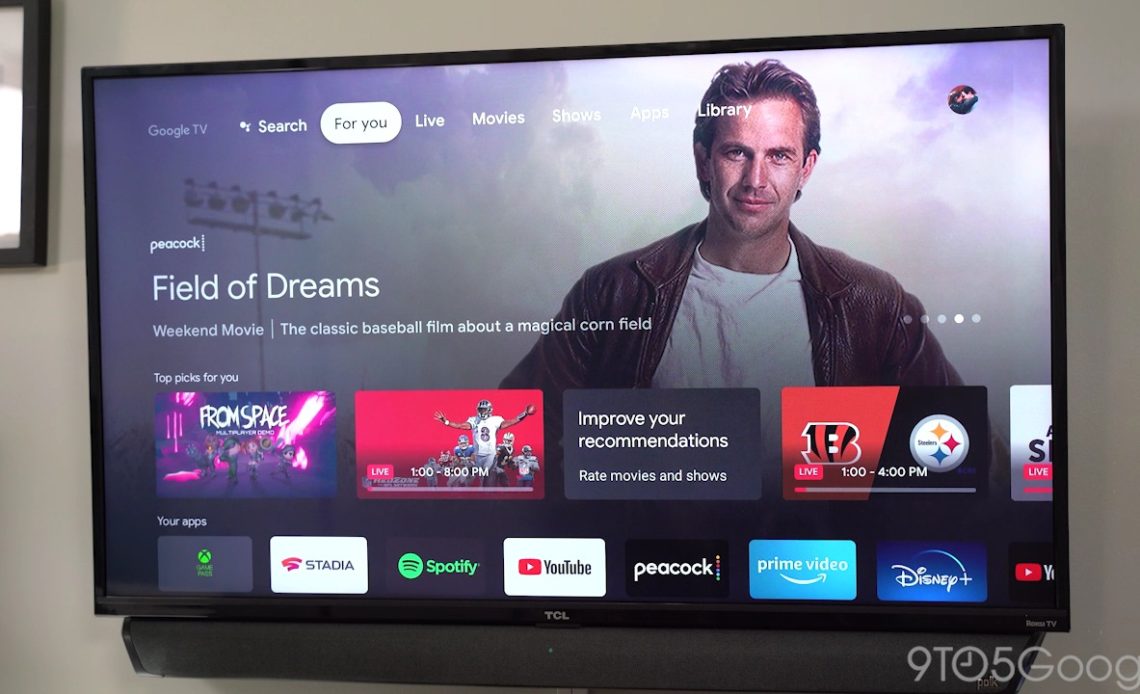 After first being reported nearly a year ago, Google TV is now making tangible progress toward launching 50 channels worth of free, ad-supported streaming content, and we have your first look at the channel list.

With Google TV, the successor/redesign of Android TV, the company has been looking to make its platform smarter and more competitive with other smart TV options. One of the benefits of owning a Samsung Smart TV is access to Samsung TV Plus, which features over 200 channels worth of free content, supported by advertisements.

By comparison, Google TV has steadily worked on its live TV options, gaining deep integration with apps like Pluto TV and Philo, as well as the company’s own YouTube TV. As was reported last year, Google TV is set to expand support for live TV by including its own set of channels.

According to text in the latest version of the Android TV launcher app, things will start out with an initial set of 50 channels.

To be clear, these are distinct from other options available on Google TV today, as those integrations require you to download an app, while the new text says the channels are available “without the need to […] download.” More explicitly, the launcher refers to these as “Google TV Channels.”

So what should we expect to stream when Google TV gains its free, ad-supported live TV channels? Based on an in-app description, there should be a decent variety of “news, sports, movies, and shows.” Luckily, the app also includes a graphic that showcases over 30 of the soon-to-be-available channels.

Based on the list so far, it seems that Google has managed to land quite a few well-known channels and brands to pad out its free live TV options. While it’s still a long way from the 200+ channels of Samsung TV Plus, this is quite a strong start that should have something for everyone.