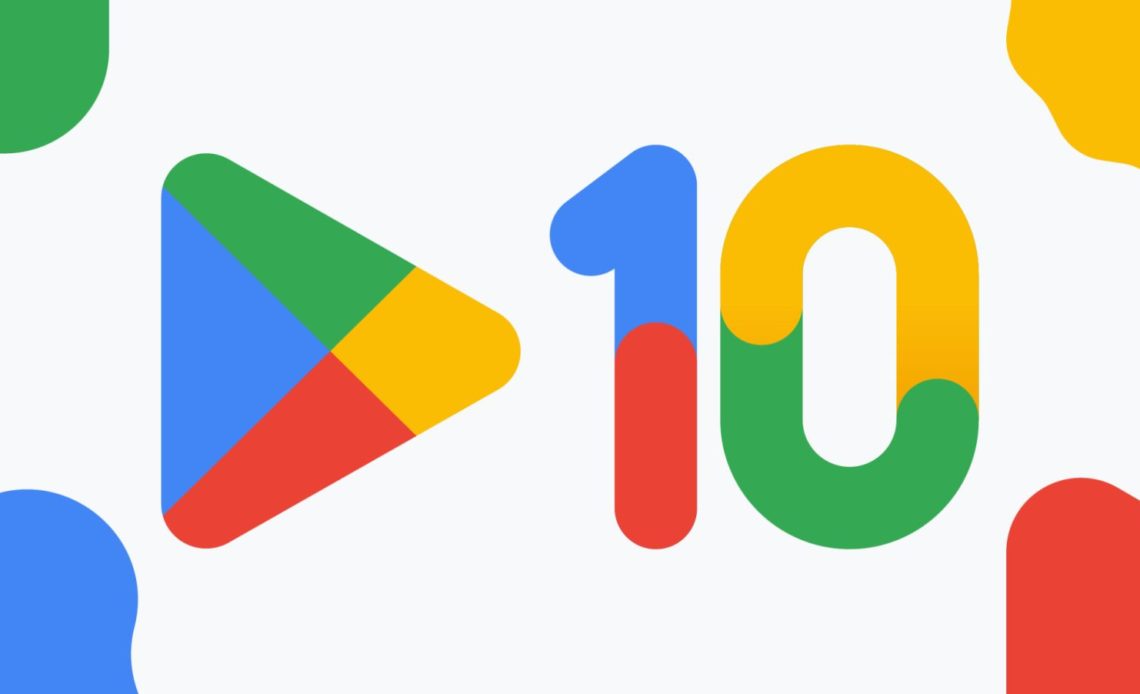 In March of 2012, the “Android Market” was rebranded into “Google Play.” To mark 10 years, Google is introducing a new logo for the Play Store, and there’s also a 10x Play Points booster to celebrate the decade.

In terms of stats, the Play Store is used monthly by “more than 2.5 billion people in over 190 countries” with 2 million app developers. It’s found on Android phones and tablets, Wear OS watches, Android/Google TV sets, Chromebooks, and even Android Automotive cars.

Think back to 2012 — “Call Me Maybe” was on top of the music charts, Instagram had just turned one, and “Venmoing” wasn’t a mainstream verb yet. Android — with its mission to make mobile computing accessible to everyone, everywhere — was just a few years old.

Since then, Google Play has dropped music, as well as movies and television shows, to focus on Android apps (including games) and (audio)books.

This new Play Store logo is meant to better reflect the “magic of Google and matches the branding shared by many of our helpful products — Search, Assistant, Photos, Gmail and more.” It leaked out ahead of time in a handful of places, but we’re not seeing it live on play.google.com or the Android app just yet.

As a thank you for 10 years, Google is giving Play Points members, which now number 100 million, “10x points on everything they buy by activating a points booster.”

You can either click the link above or tap your profile photo in the Google Play app > Play Points to start earning 10x for a 24-hour period. The Play Store recently introduced the ability to use points to pay for applications and in-app purchases. Meanwhile, a handful of users have the ability to redeem Play Points for Google Store discounts.