Google Pixel 6a specs: Tensor chip, 6GB RAM, 12MP camera, and everything else we know so far 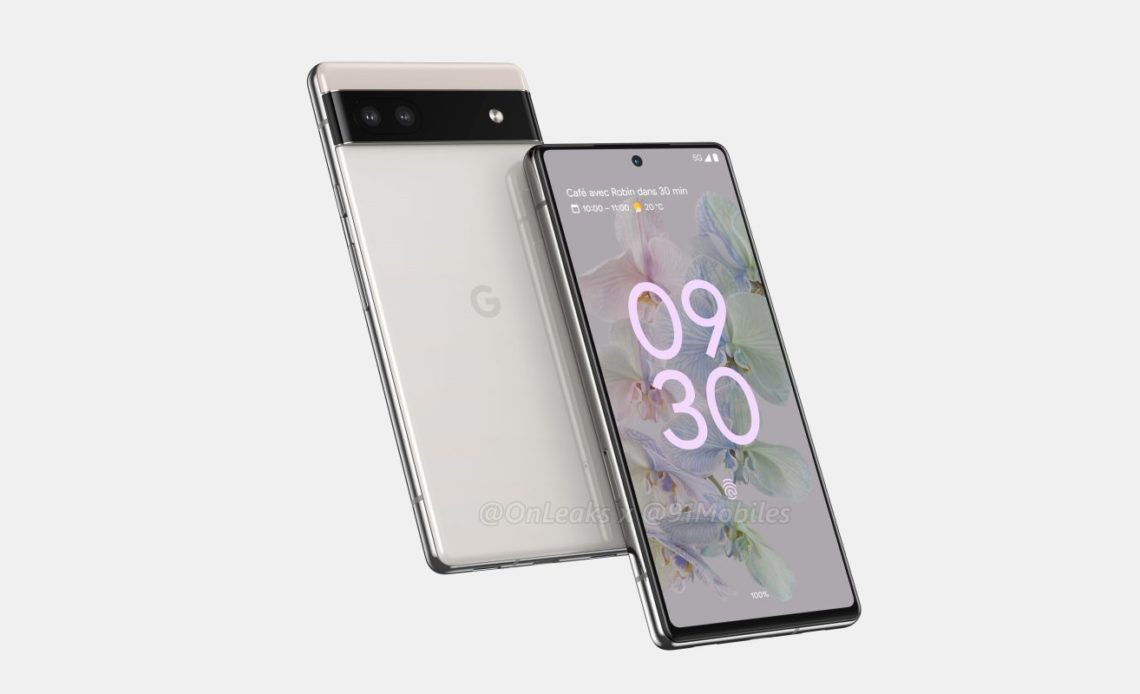 We’re likely less than a month away from the debut of Google’s next mid-range phone, and the Pixel 6a is shaping up to be an impressive offering. Here’s everything we know right now about the Pixel 6a specs.

Google’s “A-Series” is the company’s mid-range smartphone lineup. Prior models have been differentiated by their lower-end specs, plastic builds, and lack of wireless charging.

While Google hasn’t preceded the Pixel 6a launch with the release of some official specs as we saw with last year’s Pixel 6 series, we do have some concrete evidence of what to expect. Here’s everything we know about the Pixel 6a’s specs.

Under the hood, the biggest change to the Pixel 6a versus years prior is the chipset. Unlike the Pixel 3a and 4a, which used mid-range Snapdragon chips, the Pixel 6a is set to run on top of a Google Tensor chipset. Specifically, the same chipset that powers the Pixel 6 and Pixel 6 Pro, Google’s flagships.

We first broke the news that the Pixel 6a would run Tensor late last year, and it’s a detail that’s been corroborated by benchmark leaks from March 2022. Based on that benchmark, the 6a also scored slightly higher than the flagship models, hinting at the possibility that Google may have tweaked the chip since last October.

Google Tensor is a flagship-tier processor produced by Samsung based on Google’s design, which borrows from Exynos. The chip is largely similar in performance to the Snapdragon 888, scoring only a bit lower than that chip in overall tests. Throttling performance is one of the biggest issues, specifically holding back the GPU from what would otherwise be “beastly” performance. In day-to-day use, though, we largely found that Tensor felt indistinguishable from Qualcomm chips. As mentioned in our reviews of the Pixel 6 and Pixel 6 Pro, the chip is especially great in processing voice and camera information, and leaves the user experience overall very fluid.

Alongside the Tensor chip, Google’s Pixel 6a is expected to follow a tried-and-true formula. A recent benchmark all but confirmed the use of 6GB of RAM, the same allotment that the Pixel 4a and 5a have offered. While that’s half as much as the Pixel 6 Pro and many other Android flagships, it’s more than enough to deliver a solid experience for multitasking and the like.

There haven’t been any details regarding storage specs on the Pixel 6a, but it’s easy to see what Google will do. 128GB will surely be the core offer, and probably the only tier available, as has been the case in previous years. There’s a chance for a 256GB model, possibly, but don’t expect a microSD card slot – Google has never included one on a Pixel.

The camera is a core part of every Pixel smartphone, and the Pixel 6a will surely be no exception. The Pixel 6 series delivered the first major upgrade the series had seen in years with a 50MP primary sensor.

Unfortunately, that upgrade is seemingly not coming to the Pixel 6a specs sheet. As our Kyle Bradshaw first reported in November, the camera setup on Pixel 6a will be largely identical to most past Pixels in what is almost definitely a cost-saving measure. The lineup consists of:

It’s a bit disappointing that we won’t see an upgrade here, but the good news is that this setup is still one of the best on the market thanks to Google’s software prowess. The Pixel 5 still did great with this setup, only really failing when it came to zoom due to its lack of a telephoto lens.

Update: According to some new findings, though, it seems the Pixel 6a’s camera hardware will also limit what the software can do with it. The “Motion Mode” features from the flagship Pixel 6 series won’t be coming to the Pixel 6a, seemingly due to the alternate sensor.

One complaint that hit the Pixel 6 series was the sheer size of the phones. Luckily, the Pixel 6a is expected to be a bit smaller. An early leak of the Pixel 6a’s dimensions points to a screen size around 6.2-inches or smaller. The screen will almost certainly be a 1080p OLED panel, either at 60Hz or 90Hz, based on years prior. Those specs have not leaked, though.

Rounding out the Pixel 6a specs, there are a few more details that have surfaced. Early renders hint that the device won’t have a headphone jack, a first for the Pixel A-Series. Bluetooth will, of course, be supported for headphones and other wireless connections.

A recent stop by the FCC points to the Pixel 6a having at least four variants in the United States, with at least one model supporting mmWave 5G. All models will support Sub6 5G networks, though C-Band is unclear at this point, but likely.

Another report back in March pinned down at least three color variants for the Pixel 6a – black, white, and green. This is in contrast to the Pixel 5a, which was only available in a very dark green color. The Pixel 4a was also limited to just one color, aside from a limited but absolutely delightful blue option.

What will Pixel 6a cost?

Perhaps the single biggest question we have about the Pixel 6a right now is how much the phone will cost. Normally, years prior would give us a pretty good idea of what to expect, but a Tensor chip in this year’s model throws a wrench into that equation.

The price of the Pixel 6a, per our educated guess, will likely fall somewhere in between that of the Pixel 4a 5G and Pixel 5a. $449 or $499 would be reasonable to expect, and given the $599 position of the Pixel 6, we’d assume $449 is the most likely. Google could throw us for the loop as it did with the Pixel 6’s intro price, though, and launch the phone for $399. For now, though, we just don’t know.

When will Pixel 6a launch?

So, when is it coming? The Pixel A-Series launch hasn’t been “normal” since the Pixel 3a. That series launched at Google I/O in 2019, with a May release date. COVID-19 and shipping delays pushed the Pixel 4a back to an August launch, with the 4a 5G not debuting until later that year alongside the “flagship” Pixel 5. The Pixel 5a 5G then launched in late August of 2021.

Between some rumors and a recent arrival at the FCC, all signs currently point to the Pixel 6a making its debut in May 2022, alongside Google I/O. It’s possible we’ll see a limited launch at that time, but right now it seems safe to mark May 11 as the day the Pixel 6a will go official. We’re certainly excited to see it.

This article will be updated continuously as new Pixel 6a specs and other details surface.