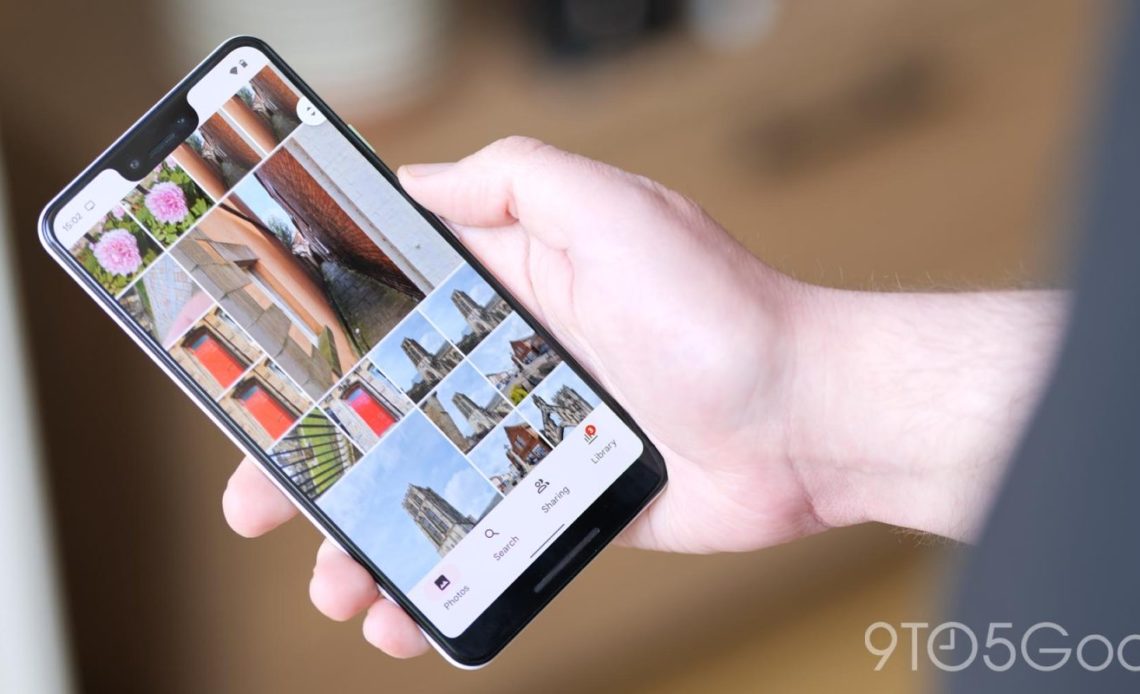 Google Photos recently rolled out a pair of tweaks on Android and iOS that make it easier to delete media in albums, and there’s a new date/location indicator when browsing.

In the main feed, there’s a new overlay in the top-left corner as you browse. There’s “Today,” “Yesterday,” and eventually it becomes the complete date. Location appears in the line below, and several can appear.

Google Photos has long let you hold down on the scroll bar to quickly jump to the right year, and it originally showed the month at the right. That features has since disappeared, though fast scrolling has a tendency to land you at the end of a month. This feature appeared sometime in the past week on Android and iOS.

Meanwhile, Artem Russakovskii noticed today that there’s now a “Move to trash” button when viewing images and videos in albums. It appears at the very end of the actions carousel in the info sheet. Previously, users could only “Remove from album” and had to find the picture in the main feed or via search.

It was an odd annoyance especially since photos.google.com had this capability for years beforehand. On Google Photos for Android today, the delete button only appears in regular/private albums. The iOS app lets you also quickly trash in shared collections, and feature parity is presumably coming down the line.